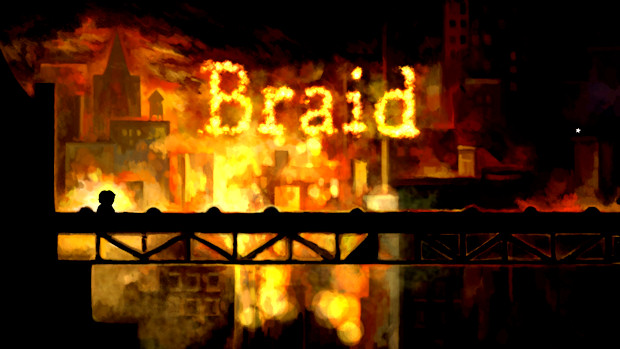 Ze Germans have perhaps inadvertently revealed to the world that Xbox Live Arcade’s critically acclaimed Braid is heading to the PlayStation 3. The Unterhaltungssoftware Selbstkontrolle rating board spilled the beans just recently, also revealing that Hothead Games would be bringing the port over.

Braid is nearly a year old, as is Castle Crashers, and the latter was already confirmed for PSN. If this turns out to be true — and rating boards aren’t often wrong with these unofficial announcements — that would mean the PlayStation 3’s digital platform would have arguably the two best XBLA games ever released. Quite a massive coup indeed.

We’ve contacted Jonathan Blow for comment and you can hit the jump for his response! This is looking quite likely though, which is terrific news for any PS3 fans who haven’t played the brilliant puzzle platformer.

Here’s what Blow had to say on the matter:

Well, my personal opinion is that it would be great if Braid were to come out on PSN.

As for whether that is going to happen, and if so, when… I am going to have to refer the question to Hothead for comment. They are handling the potential publishing of the game through PSN, which involves an approval process, and I don’t know where Braid is in that approval process right now and whether Sony will ultimately want the game.

So, it seems out of the developer’s hands, but it looks like Hothead is indeed working on this. We’ll keep following the story and wait Hothead’s reply.