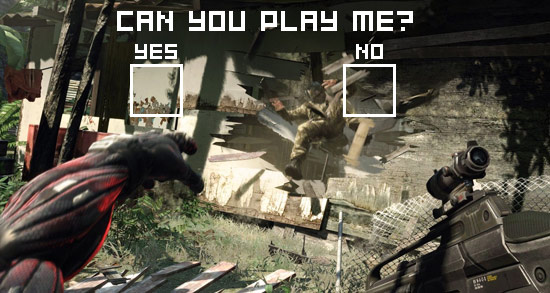 Actually, the system specs aren’t nearly as bad as I thought they’d be. On the other hand, it looks like I’ll barely be able to run Crysis at all, and many of you will probably fall into the same category. Take a look:

Before anyone has a hissy fit, remember that Crytek’s mission was to create “the most stunning, immersive FPS experience ever.” I think that they’ve accomplished that goal quite nicely. But at what cost to the player?

Give us the dirt, can you run Crysis or not?