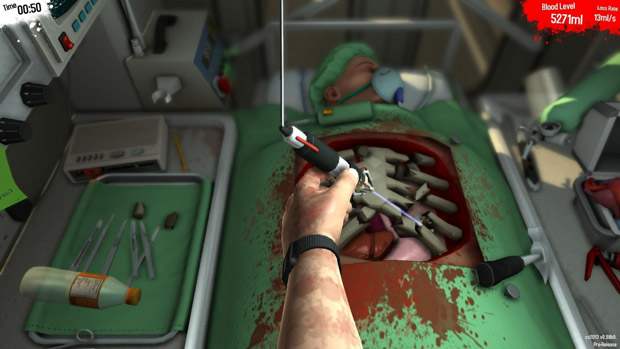 At the 2013 Eurogamer Expo, Bossa Studios is showing off an early build of Surgeon Simulator 2013 for tablets. And by early, the studio means it — the version on display was reportedly put together in two days, according to Joystiq. Despite the public showing, it’s not yet clear if this mobile version of will move forward to an eventual release.

It sounds as if the Bossa is still experimenting. Beyond the altogether different approach to controls, playing on iPad would give the team further opportunities to introduce new types of surgeries. An example given was a “tooth transplant,” which, in the world of Surgeon Simulator, would mean literally ripping teeth out and pushing replacements back in.

I’m hoping they stick with this and can come up with something that works. If not, that’s just as well — I want to see what else Bossa can do beyond Surgeon Sim.