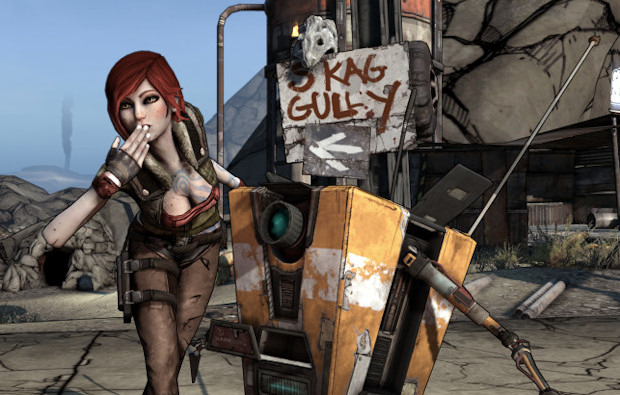 Borderlands DLC is coming. At least two pieces of content have been confirmed by Gearbox Software CEO Randy Pitchford, who also states that the DLC will be something we mere mortals won’t expect.

“People are going to be surprised when they find out how quickly we’re coming, and with what content we’re coming,” stated the Gearbox boss at Gamescom. “Also, we’re going to watch and see what happens when the game launches, so we can have our plans affected by what our customers want more of. But we do have some plans for the initial stuff already in motion, and I’ll be announcing that soon”

In addition, a later Tweet from Gearbox states that, “The first 2 Borderlands DLC packs will be all new — not stuff that was cut or held back!” If the studio is to be believed, there will be no Namco Bandai-style disc unlocks for crappy alternative costumes. That’s a good thing.

Borderlands‘ October 20 release date can’t come soon enough. I’ve been waiting for this game since before everyone else got wise and took notice, patiently tapping my feet for the past several years. Really can’t wait to get the thing in my hands.