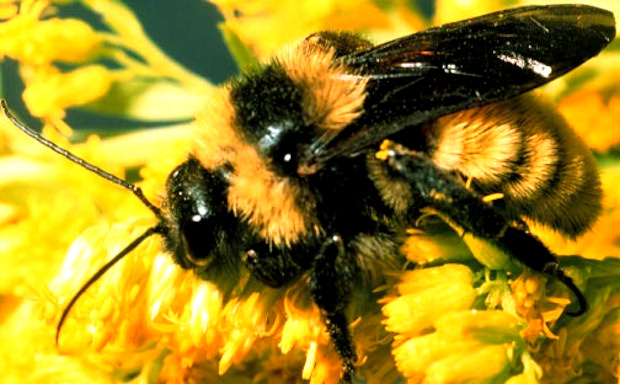 We’ve been discussing the antics of self-taught game developer Robert “Bob” Pelloni for quite some time, detailing the creation of his DS game, his reaction to being denied an official Nintendo license, and his eventual slip into madness. Obviously, we had a good laugh at Bob’s increasingly mental behavior, but the developer has decided to spill the beans and confess that it was all a big viral scam.

“Most of the Internet game community was completely fooled by it, despite the incredible absurdity contained throughout,” claims Bob, in an email sent to the games press, including ourselves. “It saddens me that ‘angry developer litters’ is considered more newsworthy than ‘angry developer was actually a really cool elaborate amateur viral campaign that fooled everyone!'”

Stating that he was using an “old school marketing style for an old school game,” Bob insists that he’s not really angry at being denied a license, and the notorious Bob’s Game will see a DS release, even if he has to manufacture the carts himself. We of course demand a review copy.

It was pretty apparent that Bob was doing it for the attention, but it was fun to pretend that he was losing his mind. It’s a shame he felt the need to spell it out for everybody, really. Still, his crazy antics and rather self-aggrandizing attitude, even post-stunt, are the mark of somebody who deserves to be a part of the game industry. I dare say we could stand to have a few more maverick nutters like Bob running around. It keeps things interesting at the very least.

Hit the jump, where we’ve included Bob’s full “please give me publicity” email, and a video. Hope Bob likes his free promotion.

I hope you guys take a minute to look into this, it’s probably one of the cooler viral campaigns ever pulled.

Most of the internet game community was completely fooled by it, despite the incredible absurdity contained throughout.

The reason I did this is because I miss the days of cheat codes and Q-Man rumors, when everyone obsessed over hints dropped at E3 because they always meant something.

Times have changed, and people have become accustomed to having TV ads shoved in their face showing the 30 seconds of the best gameplay, where the real product is always more disappointing than the commercial’s promises. It’s exactly like movie trailers where the big-budget action scene is used to entice viewers into two hours of mediocre plot.

I’ve done the opposite, and used an old-school marketing style for an old-school style game.
The tiny amount of the game I’ve shown does not represent the core gameplay, it only hints at a much more elaborate big picture.

People have apparently become so used to this, they refused to accept it. The first reaction to the first video was “That’s all there is. Where are the characters?”

I showed a tiny snippet of the very first quest, and that became “Oh, so it’s a giant game with nothing but fetch quests and talking.”

So I said there’s more to it, it’s a secret, and still- nobody believed it.

I used this campaign to bring people into the story before they even started to play it, only to reveal the real gameplay at the end. I’m trying to demonstrate the thought I’ve put into the game itself, which I worked on for far longer than this campaign- it’s a demo in itself. I’m doing something new, things that have never been done, things that have never been done as well, and I’m trying harder than anyone.
Now I’ve revealed both the plot and the gameplay, and that’s not newsworthy? Come on, people.

Rockstar throws a party at Nintendo World Store for GTA 12 and that’s clever and innovative.
Activision films an excessively high budget Russian assassination video that looks horribly fake, and that’s brilliant. Indie guy comes up with 100 day meta-plot-exposing viral website that blows everyone’s mind- with guerilla footage, a fake death, and hundreds of elaborate tie-ins creating a real-life parallel to the game events- while poking fun at the real-life state of the game industry which ALSO ties into the game- and he’s a jilted vandal, just ignore that guy.

Coming up with a viral ad, believe it or not, is a lot less complex than doing game system programming from scratch in C. Nobody even does that anymore, they all use Gamebryo or internal toolsets.
People don’t know enough about how games are made to understand this though. I didn’t use DirectX and the XDK. I had to write those myself! It really sucks that this is received with massive amounts of ignorance. Even Children of Mana, a modern 2D RPG for DS, by Square-Enix, took over 100 people to make.
They have decades of existing code, toolsets, and graphics, hundreds of millions of dollars, and huge teams of highly skilled engineers.

I’m one self-taught 25 year old dude, give me a break. “It looks like RPG Maker.” No, it doesn’t. Go look at some screenshots, it’s not even close. And even if it did, can’t you understand that means I would have had to write RPG Maker from scratch? That’s called a toolset. “What about Cave Story?” That’s a 1 megabyte platformer written by a guy in his spare time, a few hours a week, who also tried to get it published back in 2004 as Doukutsu. I worked 10 hours a day on mine, which is a 64 megabyte RPG/minigame hybrid- 64 times the size. There’s a platformer in my game the size of Cave Story. :\

Anyway, it IS pretty frustrating — but I’m not blowing my top over it, nor am I upset about getting “denied” for a developer license application intended for publishers and very large mega-studios to begin with. 🙂
Every game developer on the planet already realizes it was completely fake to begin with simply because of that- I’ll probably be well-received at GDC in a week.

Also, it’s definitely being released on DS no matter what, I’ll manufacture carts myself if I have to.

Day 100 at GDC is going to make everyone flip out again, and no matter what happens I’ll make more than enough to fund a team.

My next game is absolutely ridiculous, I’ve had a long time to think about it. 😛