The world won't change. All it does is turn. Now... let's dance.

This being the first blog I've written, I've been straining every neuron in my brain to come up with something both fascinating and appropriate to write about on my inaugural expedition. I've been writing about games (as well as film and books - see my 'about you' blurb) for years and never encountered any shortage of topics, but there's an itch nagging at the back of my mind insisting that if this blog is to go well, I need to get its engines chugging with something special. Over the course of however long I keep this going for, I intend to offer my visitors a cocktail of reviews and essays on interesting games or the state of the gaming industry (from an outsider's point of view, of course), perhaps seasoned with the occasional update on any interesting ideas my most recent gaming activities might be kicking up. Nothing especially original perhaps, but hopefully the quality will be high enough to keep all of you informed, educated and entertained (as the BBC is supposed to be doing, presumably in between repeats of Snog, Marry, Avoid and Can Fat Teens Hunt?).

Now that I have it, the subject I've chosen to write about first could not seem any more obvious. I'm a novelist, whose overwhelming joy in life is devising and telling stories. As gaming becomes an increasingly visible and mainstream avenue of entertainment, both the role and nature of storytelling in games are becoming increasingly important and debated topics. What can games' stories offer that no other medium can? Are those advantages necessarily required to offer gamers a worthwhile experience? Is gaming even ready to be considered a valid storytelling medium in the first place?

The most oft-stated advantage that gaming holds over other media is interactivity. It is the only medium where the person experiencing the story holds power over the manner in which it is told. Gamers are effectively editors, choosing the pace at which they want the story to progress, as well as which parts they deem as key to the best experience (some gamers are explorers, seeking out every nook and cranny for hidden rewards, others are speed-runners, many just casually move through events with no great desire to either go quickly or do any great amount of exploring: the variations are innumerable). Where a film or a book presents an identity to its users with which they can identify or not, players themselves make up a vital part of a game's identity. Even if you're vegetating in front of the TV with one hand on the controller and the other ensconsed in an XL-packet of Doritos while swearing at the cat to stop swaying its bloody tail down in front of the screen, you are still an active part of the experience.

But the notion of interactivity is broad at best and has been interpreted in hundreds of different ways by developers. Some of these show signs of how gaming can progress as a viable storytelling medium. Others, I feel, may prove detrimental over the long-term to gaming's claim to be a valuable and respected cultural form.

The worst offender in this regard are those games which continously challenge each other for the title of 'most cinematic'. I'm sure you can already see the problem here. Games are not films - they never will be and never should be. Films are constructed in a way that evokes emotion and sensation in their viewers in ways which games will never be able to replicate. Gaming's greatest asset - interactivity - is here also its greatest limitation, in that pacing, shot selection and to a great extent even mise-en-scene (aka: the elements comprising a shot, for those understandably not versed in film terminology) are out of the designer/director's control and thus significantly reduced in power. Let's take an example that many will hate me for (and perhaps even, given my mostly Nintendo-centric gaming life, used as ammo for accusations of fanboyism) but which is particularly relevant to this topic: the PS3's Uncharted 2: Among Thieves. 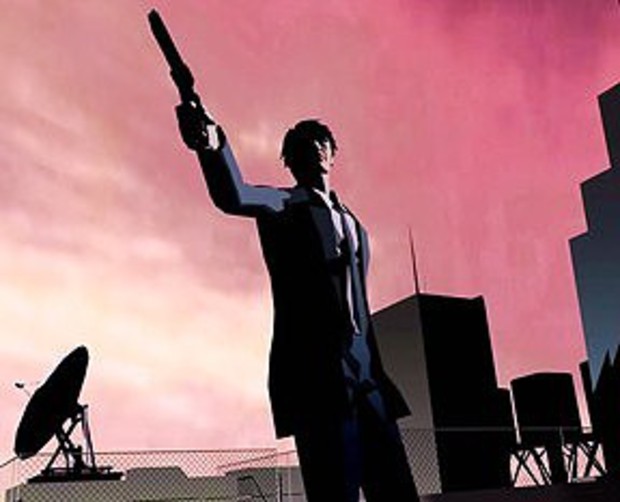 As for the stories themselves, I think there'd be little argument that this is a key area where the games industry needs to attract talent and fast. From my outsider's perspective, it seems that most people enter the games industry with ambitions to be designers or artists rather than writers (I've never seen an advertisement for games degrees or employment bulletins citing writing for the medium as an attraction or required speciality). An overwhelming focus on tech can only be detrimental to the future of the industry: if no-one is making any effort to attract people interested in specifically learning how to write for the medium, the only people who will end up doing so are those unqualified, unable to make their mark in another industry, or in it for the cash (returning to my first point). I do not think that storytelling is essential to making a great game (most of my gaming is done on Nintendo platforms and they have scarcely deviated from their 'save the princess' template in twenty-five years!) but while the industry maintains ambitions of creating narrative experiences that stand alongside those from other media, it will need to start bringing in people who are talented in writing to its unique strengths. Right now, it's hard to think of anyone from the top of my head beyond Suda Goichi, Warren Spector or Jonathan Blow who might qualify in this area (Peter Molyneux perhaps, but while he definitely makes experiences unique to the medium, let's just say that from what I've played, his games tend to be better for the less story he's put into them).

Gaming also needs to start presenting ideas of its own: BioShock is often celebrated, but doesn't offer any new arguments on Objectivism or develop the philosophy in any other way than restating its core ideals and making unsubtle references to its creator. When gaming does offer ideas of its own, they are usually about the gaming experience itself. While there's nothing wrong with this, it limits the game's intellectual wealth entirely to those within its boundaries: a non-gamer would not get anything out of the ironic writing in any of the Paper Mario games, for example. Videogames are as capable as any medium of expressing fascinating and distinctive arguments on the world beyond its players' drawing rooms: Killer7 is as magnificently constructed an abstract treatise on the futile complexity of East/West politics as there has ever been, while Braid's ambiguous ending evokes the same reflections and interpretations from those experiencing it as any truly excellent feat of writing does.

Gaming as a storytelling medium is capable of great things, but as with any nascent medium, needs to come to terms with its own identity and develop its own language through which it can communicate and draw strong emotional responses from its users. There have already been many fine examples of great games telling stories in ways that only an interactive medium can, but a great amount of effort needs to be made across the industry to find and train the people capable of making this the norm, rather than one-off successes.

I hope you've enjoyed reading this and know that any counter-arguments or comments you might have are welcomed and looked forward to. I'll be waiting for them with a grin as wide as the truth.
#Commentary    #Community
Login to vote this up!