Logic In Motion: How Motion Controls Can Overcome the Hurdles of Gaming Logic 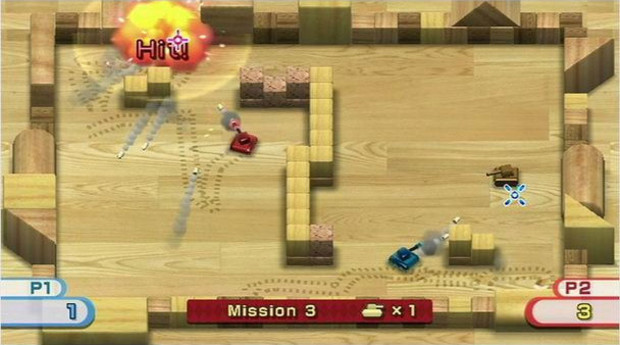 My theory as to the reason 'casual' games tend to succeed on the console is because they continue Nintendo's work in providing new gamers with a skillset that doesn't require overcoming the complications of traditional gamer logic. In my experience, new gamers haven't been too fussed about a game's controller not being 100% responsive: as long as they can relate to the mechanics and the game is fun, issues of lag or small imprecisions don't really matter, at least at first.

Over time, many non-gamers I know have expressed a desire to try more complex games, but the problem is that very few traditional game developers have bothered to adapt their design to the new possibilities and challenges of integrating motion control in an understandable way. Even Nintendo games like Mario Galaxy have failed to utilise the gestural aspects of its control scheme in a logical manner. When motions do not relate to actions on-screen, they're no more help to non-gamers than a traditional button-based controller. I've had more success in bringing new gamers to Call of Duty on Wii because they can make more sense of aiming with the pointer and moving with the analogue stick, than having to work out the more inaccessible controls of Mario Galaxy. ExciteTruck and Mario Kart Wii work not because they're simple games, but because they build on the training non-gamers received in the racing part of Wii Play (the Wii Wheel, derided as it was, also contextualises the controller in an understandable manner that shows them how to hold and use it). New gamers are not idiots who can only enjoy a game painted in primary colours and with no more than one or two game mechanics. Their logic simply works differently to ours and if you give them a way into a more complex game, they will grasp it with as much enthusiasm as a traditional gamer does with a controller.

If motion controls are to achieve their full potential, whether made by Nintendo, Sony or Microsoft, developers will have to put greater thought into what they want to achieve in integrating gestures into their games and the changes in the way games are designed that will inevitably come about as a result. Motion controls can offer non-gamers a logical entry point into more complex genres without alienating traditional gamers, who can benefit from the greater sense of immersion that well-integrated gestures can offer: having recently returned at a friend's house to twin analogue stick FPS controls for the first time since swapping them for Wii pointer aiming, I was shocked at how imprecise and clunky they felt. As the technology improves, gamers will be more receptive to trying out these new experiences. Developers should also seize this opportunity to look at the way the content in their game is designed: puzzles that can be solved using logic independent of the gaming mindset not only broadens the potential audience, but also means that players can be left to devise solutions on their own without immersion-breaking signposting, creating a more self-sustaining and confident experience. There is no reason to continue thinking about 'casual' and 'hardcore' gamers and games as independent of one another, when each has design lessons to teach the other that can lead to more accessible, immersive and enjoyable experiences for all, with motion controls bridging the divide.

Can Traditional Third-Party Games Ever Succeed On The Wii?

I Want Your Love And I Want Your Revenge: No More Heroes Series Analysis

Storytelling or Storyplaying?
#Community
Login to vote this up!