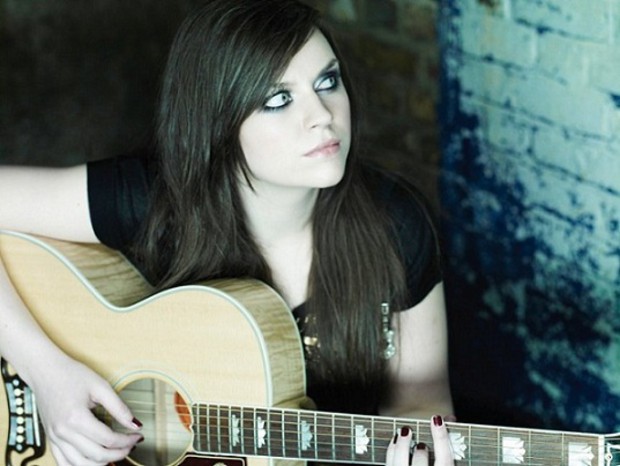 Since the demise of the indie-rock 'Britpop'-era, it took the emergence of Amy Winehouse and the international success of her record Back To Black for British music to find its feet and a guiding voice (some might argue that she was pre-empted by Joss Stone or Charlotte Church, but their musical success ended as abruptly as it had begun). Following them came a bevy of talented female singer-songwriters, backed by big labels but inspired by an indie spirit and devotion to live performance that was so grievously lacking in the cynicism of the Spice Girls 'Girl Power' juggernaut. Styles have ranged from following in Winehouse's bittersweet soul footsteps (Duffy), bubblegum pop (Pixie Lott), retro-styled rock (KT Tunstall, Shingai Shoniwa's Noisettes) to Gaga-inspired electronica (La Roux, Little Boots).

While these new sounds were setting about conquering the UK and much of the rest of the world in both the radiowaves and the gossip columns, one of the least heralded but most distinctive voices emerged from the heart of her native Scotland. Amy MacDonald's debut album This Is The Life was every bit the result of a young girl riding a wave towards her dreams. Despite barely receiving a lick of marketing or publicity, the record was propelled by its creator's wide-eyed passions, Caledonian foghorn of a voice and teenage lust for life towards becoming the fifth best-selling release of its year.

Three years on, MacDonald's sophomore album A Curious Thing marks a subtle change in direction for the singer. The unmistakeably glorious Scotch growl remains in the voice and the tempos are still turned up to eleven, but where This Is The Life offered a joyful stream-of-consciousness tribute to a young girl in the right place and time of her life, Curious Thing sees MacDonald's sound edged by her experiences in the music world which allows all her artistic dreams to be fulfilled, but is tainted by a culture of self-congratulation and hollow celebrity. While This Is The Life was aware of those dangers on the periphery, MacDonald seemed happy to believe her honest determination and goodwill would see her through. The Amy of Curious Thing is battle-scarred, but ascendant.

That edge matures MacDonald's sound and widens her musical scope, but also strips away some of her previous album's electricity and infectious enthusiasm. While she couldn't have simply retread those footsteps – the delights of that album being fuelled as much by the excitement of the freshness of her massive voice as by the anthemic, iconic quality of each track – this small step towards the mainstream does feel a little like a betrayal of the Amy spirit that shone so freely. The outside musical influences are inflected rather too strongly: MacDonald has made no secret of her love for the likes of The Killers, Travis and Sharleen Spiteri, but where those nods were previously kept firmly as background tributes, more than a few riffs and melodies here feel a little too familiar for comfort.

By any objective standard though, this is still an excellent release: apart from the misjudged ballad and album closer What Happiness Means To Me, which feels mundane rather than raw, each track has its place and purpose even if the slower midsection inevitably feels like a comedown compared to the rocket-paced opening gambits Don't Tell Me That It's Over and album highlight Spark, two singles that capture the best of MacDonald's mercurial verve but ripened by her growing experience and age. Love, Love and Your Time Will Come, despite the latter being a touch overproduced compared to her sterling live performances, are both similarly accomplished despite never quite hitting the same heights (nor close to the top marks set by Mr. Rock And Rock and Barrowland Ballroom on This Is The Life). She repeats a few too many times on the middle tracks the 'start slow, then build then burst into life' technique that was previously a success for her on Let's Start A Band, but since slower tempos are her weakest suit (her songwriting can be a little hackneyed, so faster rhythms and strings provide excellent cover), the sudden acceleration saves tracks like No Roots, An Ordinary Life and My Only One from dipping into dreariness.

A Curious Thing lives up to its name, a tempered success that has the confidence to keep on a successful path but suffering the inevitable stumbles that come with keeping an eye on the need to move into new territory as well. The Celtic depth of MacDonald's voice is charismatic and compelling enough to keep the album's momentum from faltering on the missteps, in themselves an easy sacrifice to make for the chance to hear a unique talent continuing to open up.