I have been playing video games since I was five years old.

I have worked in and around the skateboarding industry since I was seventeen.

Bar none, skateboarding and video games are my two favorite things in the world. I am unbelievably lucky to spend much of my life working with, writing about and generally experiencing the different facets of my two passions.

The more I think about skateboarding and video games, the more I am amazed by just how much one of my passions informs the other. 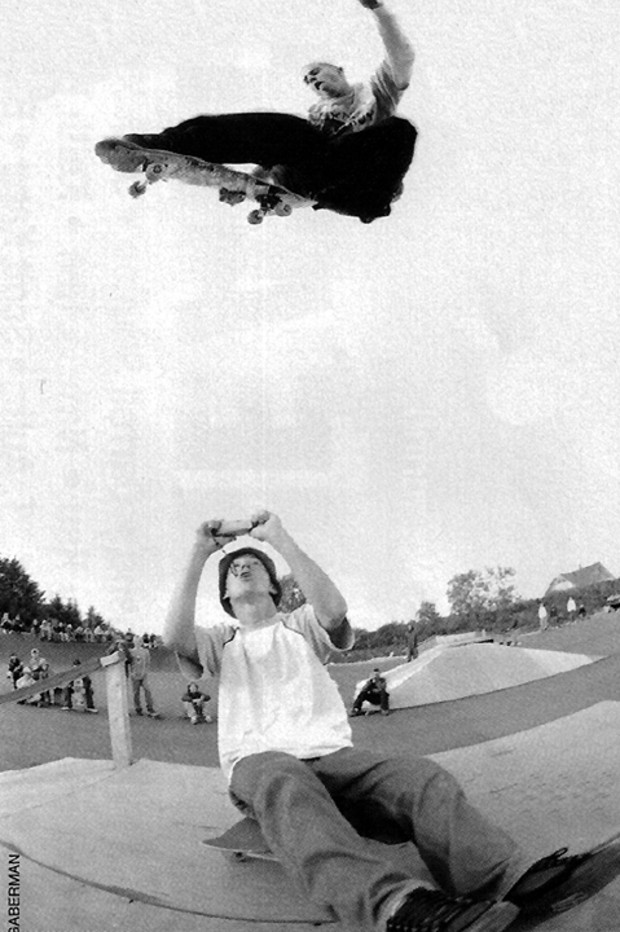 Even on the most basic level, it’s pretty clear that I was drawn to both skateboarding and video games for the same reason. I was introduced to games when a friend of my mother’s gave me her son’s NES and a box of battered games. I remember having no idea how to really play any of the games back then, but I can still recall being instantly hooked by the allure of a new experience, invigorated and enhanced by the innate sense of wonder children are gifted with.

Skateboarding had the same effect on me. From the moment I saw a group of kids rolling around my street and throwing their boards at the curb in a futile effort to do any trick, I knew I wanted to be a part of it. My family had just moved from Connecticut to Pennsylvania and I had no friends in the area. Getting a skateboard, I thought, would instantly help me assimilate. I knew nothing about skating other than I wanted to be the best at it. A week later, my dad brought me to the local skate shop and let me pick out my first board. Seeing all the different decks lining the wall in a dizzying array of unique art and color captured my heart in the same way that video games first had. I never wanted to leave that shop again.

Over a decade later, I am still in that shop. Now, I’m sitting in the back office, writing this post. How cool is that?

Both skateboarding and video games have been consistent mainstays throughout my life. They’re both indescribably important to me, something that girlfriends, my family and plenty of other people have never quite understood. Both games and skating have also played diverse rolls throughout the years. I’ve been fortunate enough to work in and ultimately manage the same skate shop I got my first board in, done freelance ‘skate journalism’ (which is exactly as dumb as it sounds), and help with the art direction of two different brands. Game wise, I have written for a handful of lesser known outlets, attended events and tried my hand at developing a title (which was exactly as bad as you would think).

The most interesting part of my life in both the skateboarding and video game industries is just how my interest in one reflects upon the other, ultimately shaping my preferences accordingly. For the sake of not rambling on, I will address skateboarding’s influences on taste in video games. I’ll revisit the topic again from the opposite angle in a future post.

Skateboarding has made a glutton for punishment.

I revel in the beatings I take in the pursuit of a new trick. The bumps, bruises and rolled ankles are constant reminders of the steps that led to tremendous satisfaction of seeing and experiencing your hard work pay off. Skateboarding has a way of beating you down and building you back up. After a while, it becomes addicting.

The cyclical nature of trial and error, risk and reward has been one of the main reasons I have been so enamored with skateboarding. It’s become so important to me that I actively seek out video games that present me with similar types of situations.

Because of this, I can thank skateboarding for leading me to Demon’s and Dark Souls.

I don’t know if I can adequately relay just how similar the basic elements of both skateboarding and the Souls games are. Both are unforgiving and brutal at times. Both attract a lot of people and both see a lot of those newcomers turned off because of the challenges found within.

Souls and skateboarding both approach advancement in a similar way. In the Soulsgames, players are thrown into a world full of seemingly insurmountable challenges. Bosses are huge and hard to kill and environments are difficult to navigate. You know, however, that surviving and succeeding is completely possible, it is just something that you have to work hard at. The same can be said about skateboarding. Anyone who has spent time on a skateboard has experienced this feeling of challenge. Even one of skateboarding’s building blocks, the kickflip, can seem nearly impossible to execute with little knowledge of how to skateboard. You know that it is possible, but often – with virtually every trick – it can be insanely difficult to actually do.

Even in its mechanical structure, elements of the Souls games echo much of what I have always loved in skateboarding. The series’ staple of players leaving messages to one another — often in the form of helpful tips regarding upcoming perils — resonates as a reminder of the pre-internet days of skateboarding, when the best method of learning a new trick was often asking another skater for some basic kind of help.

The step-by-step, trial and error nature of skateboarding is immensely rewarding in the same way the making your way through Lordran in Dark Souls is. Because of the years of patience, failure and intangible rewarding feeling that skateboarding has instilled in me, the Souls games have become my most relatable – and favorite games – of all time.

Upcoming: Part 2, ‘Misled Youth’, in which I examine my identity as a skateboarder and the video game characters I find myself relating to.

More of my dumb ramblings can be found on Wizard of Radical.