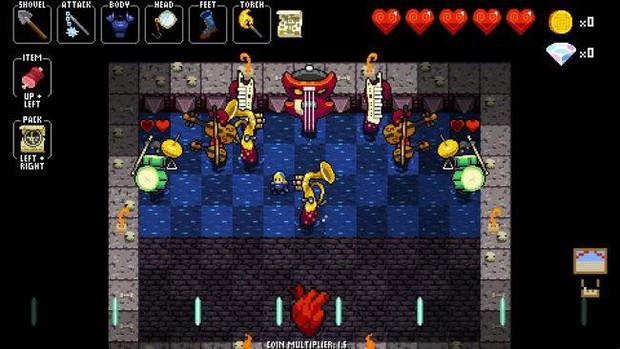 It’s always refreshing to spend time playing a game that dares to be bold. Sadly, the gaming industry at large has coopted a more formulaic approach to modern game design, leaving little room for genuine innovation or offbeat charm.

That is, until you look at some of 2015’s best multiplayer games.

By some stroke of luck, this year has been especially kind when it comes to multiplayer titles that feel fresh. By all accounts, this shouldn’t happen. Multiplayer, more than anything else, is often kept to a rigid outline with little room for developers to color outside of the lines. Call of Duty 4 dictated a new standard for shooters when it was released, and sports titles have generally adopted a standard – if they haven’t been run off the market by the likes of Madden and other genre juggernauts.

Somehow, still, 2015 has been a standout year for multiplayer games that truly subvert genre expectations. It’s a blessing to many gamers out there, I think, who have become disenfranchised with the status quo approach of annualized franchises and stagnant norms.

Splatoon, Nintendo’s take on the competitive shooter, is the foremost title in this wave of subversive multiplayer. Everything about Splatoon, from the inklings themselves to weapons that spread paint and its emphasis on covering areas of the map to win a match, stands in stark contrast to the established and generally accepted rules of a shooter. Since the rise of the FPS as the genre du jour, shooters have become associated with military drab, gritty scenes, and expletive-laden chat. Splatoon, however, offers none of this.

Nintendo, as Nintendo will do, opted to take the competitive shooter rulebook and dunk it in a can of paint. Instead of M16s, we were given paintball guns. Middle Eastern set pieces became brightly lit and friendly urban sprawls. War hardened men replaced with kids (and squids) that oozed personality and charm. 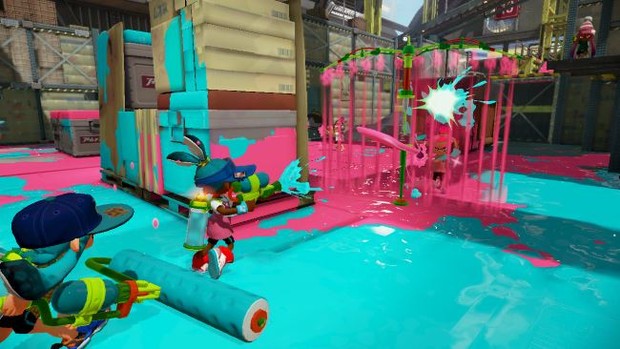 By its very nature, Splatoon is subversive. It’s different. It’s fun and it knows it is. Nintendo’s choice to create such an unabashedly different shooter was questioned initially, sure, but Splatoon’s continually growing sales are a testament to the power of innovation. By keeping the unlockable weapons and stat-increasing elements that many FPS (or shooter) veterans were familiar with, Splatoon was able to build upon a clearly successful formula while still carving out its own niche.

July’s most widely discussed game, Rocket League, stands out just as much as Splatoon for as many reasons. Sports games often get a bad rap for those who aren’t established fans, but Rocket League has already been downloaded by five million people.

It’s easy to look at Rocket League and see how it overlaps with other sports titles. At its core, Rocket League is a vehicle-based version of soccer. Avoiding basic rules of the game and encouraging high-octane, skill-based gameplay breaks away from the rigidity of a title like FIFA or Madden. Rocket League lets gamers do what they have always wanted to do – be a superstar while driving like a maniac and hitting a metallic ball into an explosive goal. 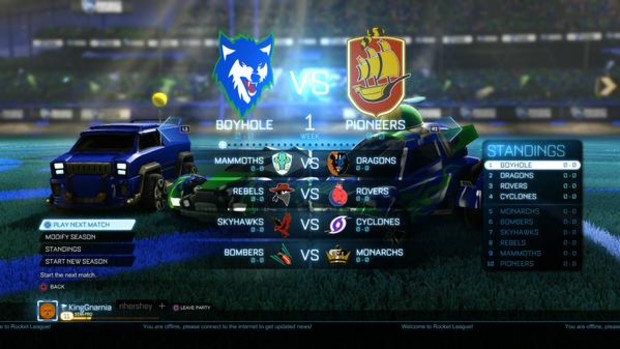 Much like Splatoon, Rocket League has been so successful because it is so effectively takes the basic elements of its genre – competitive multiplayer sports – and takes the concept in a different direction. It’s fast and furious, addicting and uniquely challenging. To many, Rocket League is a sports game for people who hate sports. The white-knuckled matches that punctuate Rocket League are the stuff legends of made of, without having to worry about Yellow Cards, offside calls, or shitty referees.

The most recent addition to the subversive multiplayer roster that I have encountered is Crawl. Over the last week, I spent some time with a preview version of the Early Access title. Much like those initial moments with Crypt of the Necrodancer, I booted up Crawl with little knowledge of what to expect and came out the other end bleary eyed and astoundingly satisfied.

Crawl takes the time-honored tradition of a multiplayer brawler – with up to four players in a game – and devilishly flips the script. Instead of a Gauntlet-like experience, where hulking warriors don loin cloths and battle alongside one another against waves of enemies, Crawl pits players against one another. 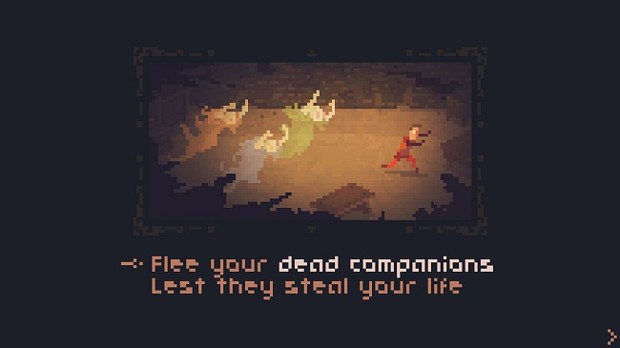 In Crawl, only one player at a time can play the hero. All four players, however, have the same end goal; reach level 10 and enter a portal to battle and defeat a boss monster. Instead of working together, Crawl tasks players who are not the “hero” with possessing different panels in a dungeon’s room. This allows them to spawn as a variety of grotesque and macabre monsters and beings, with the goal of killing the hero character.

Mechanically, Crawl plays like the cooperative brawlers of years past. It’s a tight and responsive game that never really lets up on the action. Instead of being all too familiar in its presentation and gameplay minutia though, Crawl pits each player against one another in a chaotic battle that is a sight to behold. With brutal monsters and fiendish traps, Crawl is at its best when heroes are slain and a revolving door of monster and humans fight for their chance to slay the boss.

What makes Crawl so engaging is that it is so firmly rooted in the arcade tradition. Boasting a focus on local multiplayer, the lo-fi visuals and arcade-like presentation of Crawl are a trip for those who grew up placing their coins into arcade cabinets. When it comes to actually playing the game, however, Crawl redefines the traditional expectations.

After spending dozens (or, maybe hundreds) across the games discussed above, I’ve found my love for multiplayer games rekindled. It’s not often that a jaded, grumpy critic like me can experience such a turn around, but somehow these three games have done the impossible. A defiant, subversive experience is among the best things a video game can offer.

Until the next game comes along, I have squids, kids, some skeletons, and rocket-spewing cars to thank for the best year of multiplayer gaming on record.