The Last Avengers Game (no seriously) 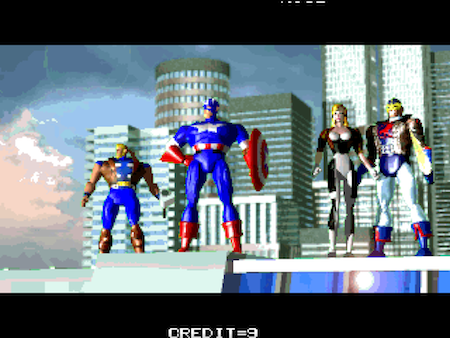 So here's one you might not know. Remember when Primal Rage looked cool? Neither do I, but regardless, its digitized CG-esque sprites look incredibly dated today (and the same goes for Mortal Kombat, and pretty much any light-gun arcade shooter of the '90s. And every Sega CD game ever made. 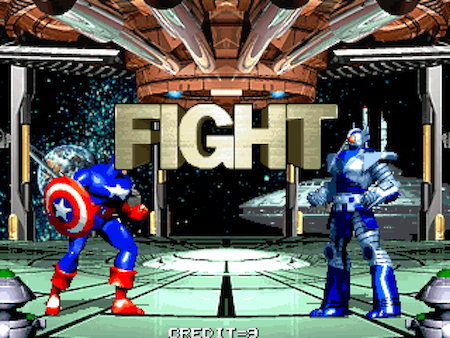 Data East wanted in on the action - no more breezy 2D brawlers for us - and fighting games had replaced beat-em-ups as the quarter-muncher of choice in most arcades. They inflicted this abomination upon Marvel fans and gamers alike. 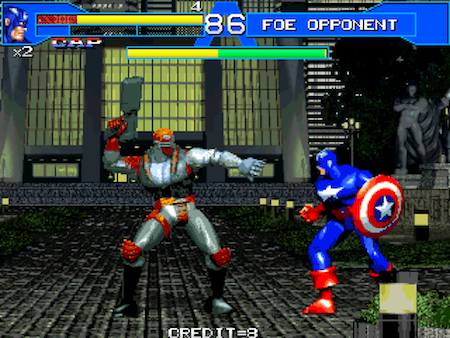 I've never actually seen Avengers in Galactic Storm�in the arcades, and for good reason - it's utter garbage. Take the graphics of the cartoon ReBoot, put a Cheap Chinese Knockoff filter over them, re-record that three times over an old VHS, and pretend like you have cataracts. That's sort of how this game looks. Static backgrounds, stiff (though humorously awkward) animation, and a weird plastic sheen on everything. And a little�Rob Liefeld anatomy. 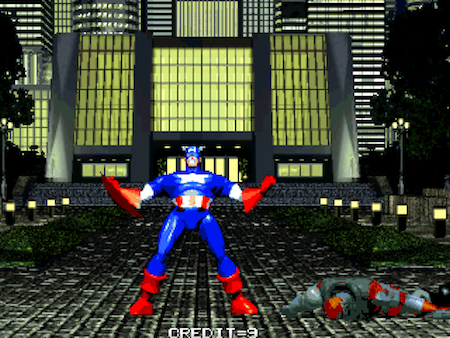 It doesn't play much better, either. In story mode - which has you fighting random goons, but in fighting game style - you can choose from a whopping four characters: Captain America, temporary Thor replacement Thunderstrike, Crystal of the Inhumans, and, uh, Black Knight. Moves are generally Street Fighter based - quarter circles and weak/strong punches and kicks. Very little consideration seems to have been given to such advanced concepts like roster balance and general playability.� 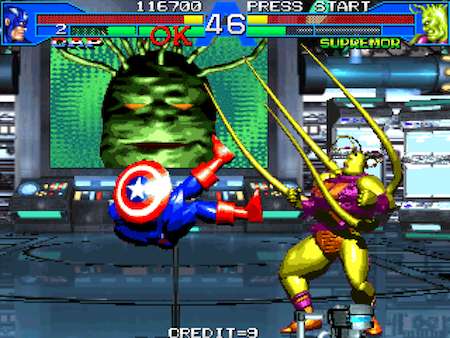 To make it worse, Capcom was gearing up their own line of Marvel fighting games. The solid X-men: Children of the Atom had been out for a year, and the excellent Marvel Super Heroes�hit arcades about the same time as this piece of shit. We might call this the Great Lakes Avengers of superhero games.� 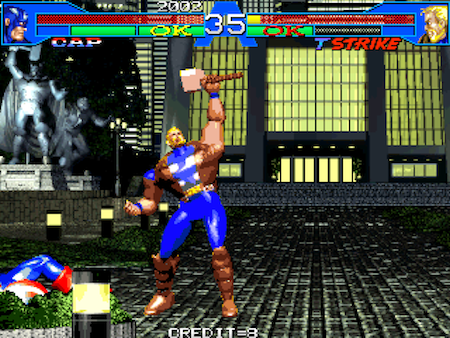 But why am I even talking about it? For fighting game fans and Marvel fans alike, it's a pretty interesting game. According to Wikipedia (I really don't know my fighting history), the game was the first major - if not the first - fighting game to feature assist attacks, which are generally overpowered and act more like a level 1 super than, say, MvC's combo-starter assists. The assists are more recognizable: Iron Man, (the real) Thor, Vision, and Giant Man. And on the Kree side, one of the assists includes Ronan - you know, of Guardians of the Galaxy�fame? See, I'm relevant!� 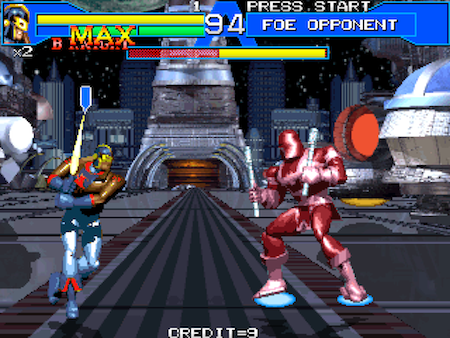 And that's what makes this interesting to Marvel fans. The entire game is based on an Avengers storyline - to be honest, I don't even recall reading it. It wasn't as huge as comic events are today, but it was a fairly major Avengers storyline. And when the entire roster opens up, you can select from four various Kree (you know, the bad guys from GotG). These include: Shatterax, Dr. Minerva, Supremor, and Korath. Seriously, even I am not familiar with all of these. Remember playing Marvel vs. Capcom and wondering who the hell Shuma Gorath is? Yeah, imagine an entire roster like that. Easily the most obscure and random assortment of playable characters in a Marvel game.� 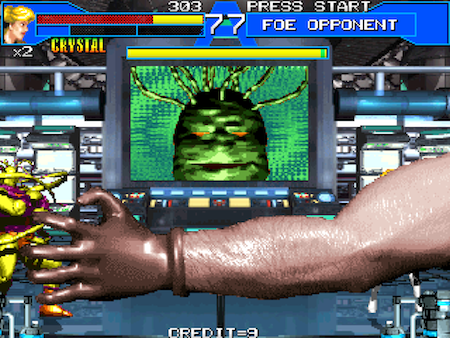 But a shitty game is a shitty game, and this one exists as more of a curiosity for fighter and Marvel fans than anything resembling a game you should actually play.� 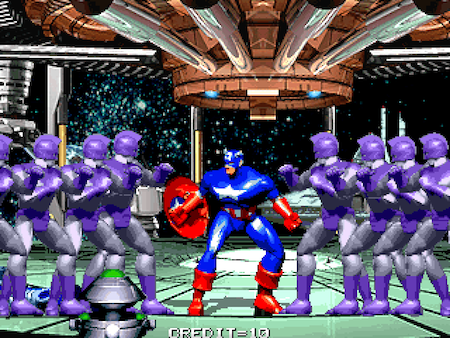 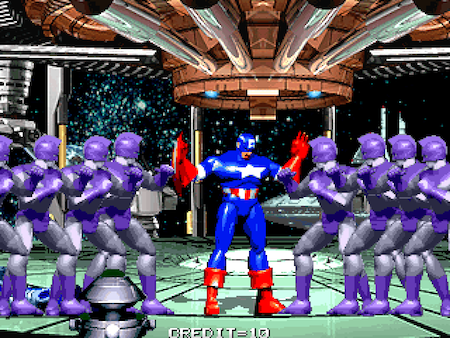 All in game screenshots are my own.

Next time:�No, really, I'm done with the Avengers. It's finally time to pick apart Final Fantasy X, I'm thinking...
Login to vote this up!

Playing games, writing about them. A vague validation for this strange time-wasting hobby of ours.

RPGs are my bread, and platformers are my butter. I love old games and Marvel Comics games, Final Fantasy and Atlus, beat-em-ups and tactics RPGs.