I never played Majora’s Mask, but was always somewhat interested.  It was a bit of a blind spot for me, as I didn’t want to buy it when I had an N64, and as I got older, I didn’t want to play it because the 3 day thing seemed very stressful.  Now I have seen so many references, paintings, and a horribly, horribly done Let’s Play of it, so I probably had the gist of it. I was on a retro kick after booting up my SNES to play Evermore, so when I saw that it was added to Nintendo Selects for a mere 20 bones, I decided to fire up the old 3DS and give it a go.  Funny story, the 3DS didn’t turn on at first, so I let it power up for a few hours - last I played was well over a year ago. Still nothing. So I looked it up online, and apparently the answer is to remove the SD card and reinsert it. Seriously. So anyway, I am on the cusp of having beaten the game 100% and figured I would give my two cents to the community. 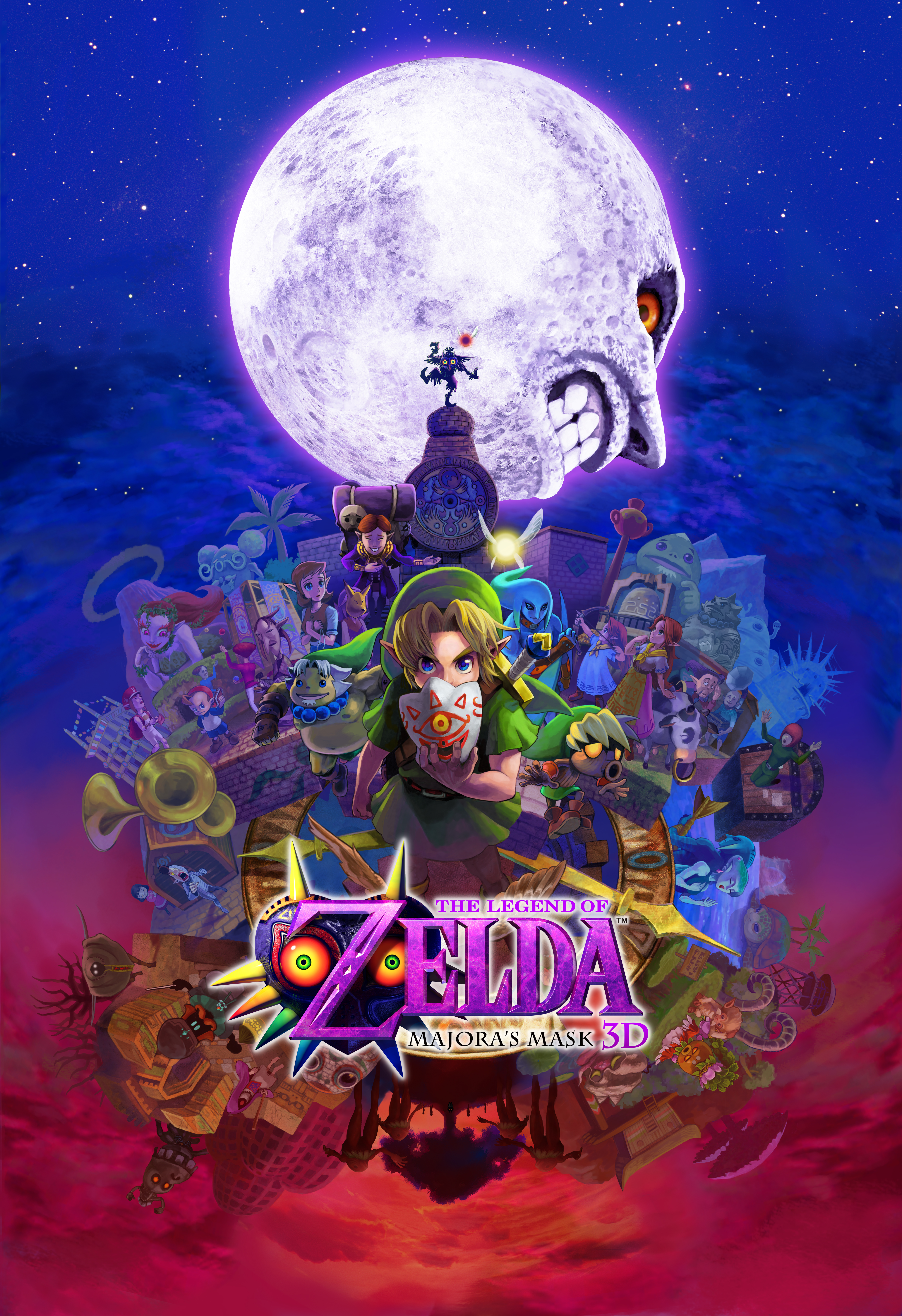 I said it before, but I am honestly impressed with how the game looks.  Between the game being almost 20 years old, and the hardware I am playing it on being 8 years old, it has held up very well.  The N64 version? Not so much. But things that should look disturbing really do, and things that should be attractive are (hello, random labyrinth girl).  I also really like the ‘retelling’ of stories by flipping assets. There’s something really pleasant about having to get rid of preconceptions of who the characters are and let the new story take hold.  I particularly like the Gerudo women as pirates now, and the golden skulltulas and tokens being repurposed to be isolated to one area. The music, naturally, is an earworm to be expected of a polished Nintendo game.

Some of the songs that you play don’t get used that much, and others exist as nice ideas that shouldn’t be secrets.  If you have a free song that makes the one major gripe everyone and their mother has about the game less of a burden, maybe just have the clock run at half speed the whole time?  Or give the song as a reward for beating a boss so you can feel the stress for the first few hours of gameplay, and have the burden reduced as the temples get more intricate, and schedules more strict?  It doesn’t really affect anyone who has to play it, but it seems like an odd “oversight”. This applies to the bank system as well. As long as I can save my money from day to day, why don’t I just carry my money with me?  It makes sense in the narrative they contrived for it to exist in, but from a mechanical point, I only ever used it as a really really big wallet that I had to walk over to, and something to grind for every single day for a piece of heart.  (Although, I did enjoy starting every day by getting 200 rupees to add to the pile, then doing whatever today’s task was.) Many of the systems, while interesting, could definitely be expanded on to create an awesome experience in today’s gaming environment, which is pretty high praise for an older game I suppose.  The schedule system is definitely the shining star of the systems in the game. Everyone having their own lives running over the course, and only being able to interact in specific instances is really cool. I would love a game that has this system in a non-combat setting - something which Deadly Premonition gets incredibly close to.  The quest with Anju shows just how (annoyingly) detailed this can be, but having the schedules in the Bomber’s notebook is a great step to make things a little bit easier to manage.

I didn’t use the bomber’s notebook though, because I played this game in a way that I don't know if I have ever played a Zelda game, which is clinging to a guide.  Having the burden of the 3 day limit, wanting to see everything that the game had to offer, and being told by the community to do it, I figured it would be the way to go, but I am left wanting from it.  The times where I knew there wasn’t a piece of heart or a stray fairy around the corner, where I was free to explore and think, were the fun parts of the game. For any miniboss or main boss, I went without the guide (except once during twinmold because I figured that surely after punching it 800 times and nothing happening, I must have been doing something wrong).  The heart of Zelda games to me has been a lot of exploration, and not in the Breath of the Wild sense, but just in a natural curiosity kind of way. This has also left me feeling absurdly overpowered at the end of the game, which is nice all things considered. Maybe if I replay it in a year, I can go by memory and see how far I can get. Now here is where I will make a soapbox stand:  there is so much bullshit in older games that is basically an ad for a strategy guide. Back in the day when you didn’t have internet, if you had to figure out what mister Grumble Grumble wanted, you called a helpline or bought a strategy guide. And this game has many moments that I felt like without a strategy guide I wouldn’t have stood a chance to find. The largest offender is probably the invisible man in a pirate fortress who wants a red potion.  That makes sense.

As far as the gameplay goes, this is really fun - transformations withstanding.  A major issue with many Zelda games is that you get a specific item that is used in the temple you get it, and then again at the end of the game.  Majora’s Mask is constantly bringing up old items and masks, and organically asking you to figure out what fits each situation. The above mentioned Stone Mask is very useful in temples to get around puzzles flush with enemies, and the bunny mask is just a workhorse for the whole game.  Some masks just work like keys, and a few are used in a niche situation to get a piece of heart and then are forgotten to time. In a week I bet I couldn’t name half the non transformation masks. I really do like how the game feels like a Metroidvania style, where you unlock something that lets you circumvent the restrictions to get to an area at a time you couldn’t before.  Often the timing is everything, letting you see new events, and letting the world unfold. 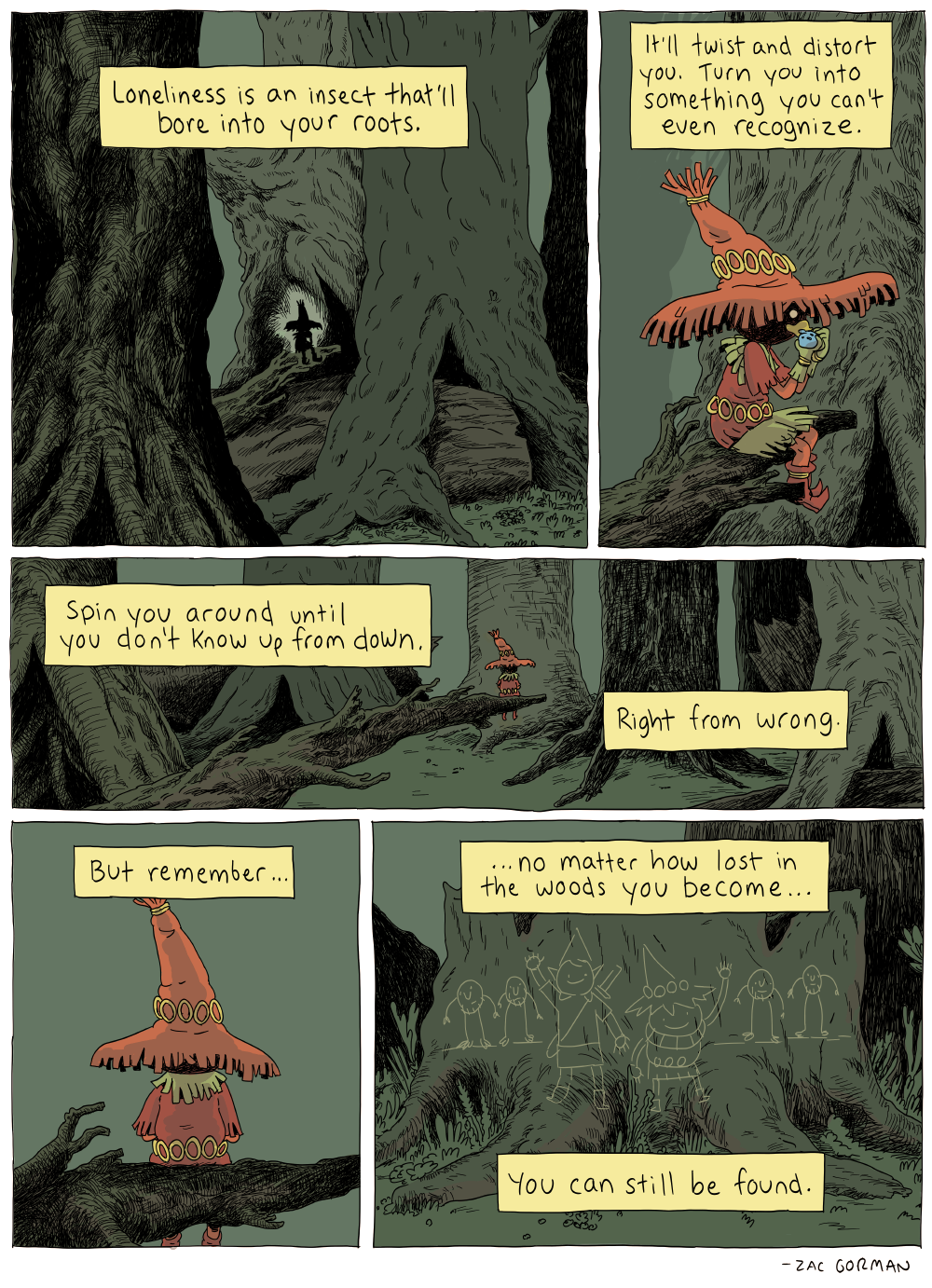 So I guess at the end of the day, it was another Zelda game.  I like those well enough, but it wasn’t mind blowing or life changing for me.  The most interesting part of it probably is that it expands what a Zelda game can be.  It can be that wonderful kind of Tim Burton dark, where the horror is juxtaposed with levity, the strange mingle with the ordinary.  It can change characters around and still has many ways to mess with the formula - as shown in the evolution from Ocarina to Majoras Mask to Windwaker to Breath of the Wild.