12:01 PM on 01.01.2013 (server time)    0
I hear people all the time tell me the same old story: building a computer is both cheap and easy. To which I have typically responded with a resounding “so is your mother, but you don’t see my playing Crysis with her” (a good, but oddly specific way to end any argument). I used to read articles, some on DToid, that listed out how you can build a PC for under 1,000 dollars. Wow, that sure is cheap! And then you have to build it yourself. Sounds super special awesome! Recently, my laptop reached the end of its life cycle and I was forced with a choice: join the PC master race, or shop at Best Buy - a fate worse than death. Long story short, I have decided to document my first ever PC build process. Now, do I know what I am doing? Not really. But I had some good ideas where to start. Part 1 is going to be the backstory and parts/pieces, and is probably boring as shit. Part 2 is going to be the build. Part 3 will be the results. So strap in, and lets get ready to rock.

First off, my current computer is old. Here are some stats: 4 GB of RAM, a 2.4 Ghz processor (i3), and a GPU that can almost run Borderlands the First at minimum settings. I don’t know what most of the numbers mean, so I decided bigger number equals better number! I set my sights on at least 8 GB of RAM, greater than 3 Ghz, and an HDMI port (for reasons to be explained later). So I began my search at Costco, Best Buy, and H.H. Greggs. Then I realized the universal truths about computers: naming conventions are absolutely fucked.

Let me explain, using Windows and Apple: Windows alternates between some stupid name that catches on, usually reserved for the shit OS, and a numbered OS. Is Windows 8 later than Windows 7? Yes Barry, I think it is. Is 7 after 2003? Yep. Then we have Apple naming conventions: Snow Leopard and Lion and Puma and Chupathingy. Is Puma better than Snow Leopard? Who. Fucking. Knows. Except Apple enthusiasts. See, to make it easy to understand, you should put things into an ordinal sequence, so at a glance you can tell which part is better. 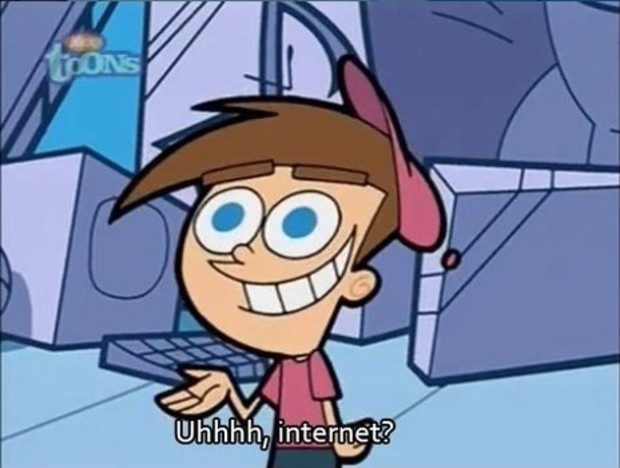 Say, where'd you get such a mediocre computer?

Now, Newegg has several videos on how everything fits together, which I sat through. I feel like I have a pretty good chance of making this happen. Looking at that video, assembling the parts only reminds me of Dexters Lab, namely the Justice Friends. In honor, this rig shall be called the Infraggable Krunk. After watching those videos, I feel like I stand a pretty good chance of completing all of this, assuming I purchased things that fit together.

So how am I feeling right now? The first feeling that comes to me is the feeling of being pregnant. I have something special coming for me in a few days. It is something that I built myself, but it is probably going to be a loud pain in the ass, that came as the result of a half baked decision. The other feeling is similar to what I imagine sex is like: I am nervous, but ready. I have what I think is the correct protection, and I am pretty sure that after a few hours of nervously shoving things where they don’t belong, I will emerge satisfied.

Stay tuned for part 2: The build (as soon as everything ships). My hope is that everything goes wonderfully for the build, so I can keep my head enough to take pictures regularly. Then one motherloving piece will not fit, then the next picture will either be a bottle of scotch or a finished computer. Anyway, should be a good time!
Login to vote this up!