Emboldened after playing Secret of Evermore, I decided to try again to get use out of my SNES and old games.  I started up Earthbound, then bounced over to Final Fantasy 3 and boy do I have opinions on THAT game. So I went back to Earthbound, pulled up a guide, made some headway, and man, this is a weird game, and probably a great example of a difficult to review game.  Let me ask you (and I guess me while I’m writing this): is the game good? And then answer is...it depends? Am I enjoying it? Yes. It has a lot of charm from the things that it does differently from other games, its worldbuilding, and its many amusing sprites. It’s also mechanically solid, without any bugs (ants notwithstanding).  But there are also several annoyances that make it an empirically bad game. The inventory sucks, the party is all garbled, some quests are just confusing, many status ailments are incredibly punishing, and the game manufactures annoyances in the name of worldbuilding. So do you recommend a good experience within a bad game? I know specifically around here, the review makes a point to say when a game has a niche audience, but on the other hand, games like Deadly Premonition receive a (in my opinion deserved) 10.  With that, on to the details of what makes this game what it is. 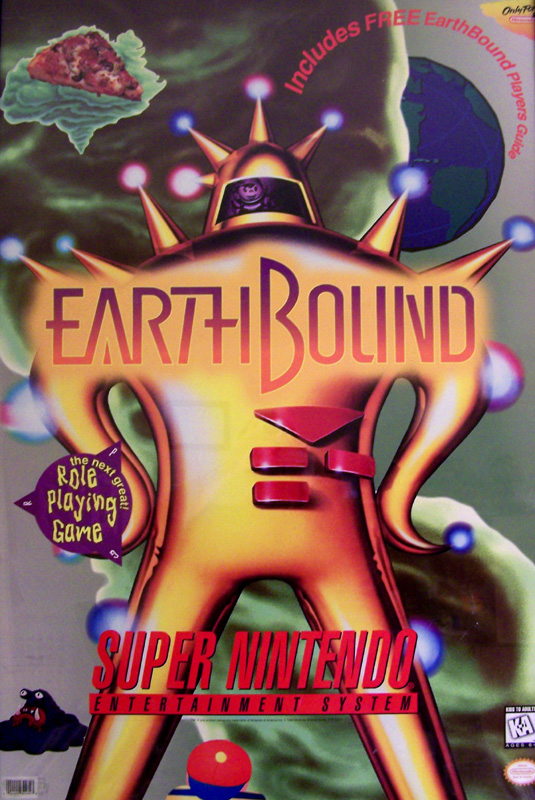 Earthbound breaks the rules, and it isn’t always a good thing.  Take your party layout for instance: everyone has a specialized role in most RPGs.  So you start with Ness, and he gains a lot of HP, a lot of physical attack, a magic spell that hits everyone, and also the only healing magic for the first 60% of the game.  So he’s a red mage? Then you get Paula, and she has really high magic and no health so she must be a caster. Her (notably now sexist) weapons don’t really do as much damage, so clearly she is the black mage!  But her spells are super specialized in who they can hit, but she also gains access to defensive magic, so she’s also a red mage? Then you get Jeff, who has no magic at all. So he must be a super strong brawler!  But he has less HP than your main character, lower damage, the ability to spy on enemies, and the exclusive use of offensive items. So he’s a boss focused DPS / item workhorse? Then there’s Poo, who is just...also a red mage?  With mild offense and healing spells? Everyone just kind of is, and it seems impossible to really put into a bucket. While that is different, it’s weird because it messes with the action economy of the battles. Your DPSs are also responsible for healing each turn, your black mage has to keep buffs up, and Jeff just gets to spam ‘attack’ unless you are against a boss, then he can use items instead.  It just feels wrong.

On the note of combat, I do feel like they did did an excellent job of balancing enemies and bosses.  Each enemy posed a minor threat and did a good job of draining resources before the boss, but no one encounter was backbreaking (until the late game).  It is honestly inspirational for my D&D campaign on how to set up encounters. Some boss fights were definitely underwhelming, and at the end of the game I felt like I was flying through them - but that’s probably because I don’t mind the grind.

The item system is also non traditional, and I think everyone can agree that it is terrible.  A lot of decisions in the game’s design make sense, but don’t work. Each character has their own inventory, which is pretty cramped.  Then every item that you equip has to sit in there, so you can cut down some space. Next you have quest based items, some of which you either have to keep for a whole dungeon, or throughout the game.  Then you have the weird, one of Franklin Badge which gives one character automatic electrical immunity. Finally, you can stock up on HP recovery items (which are useless because Ness is able to heal out of combat for a small amount of his magic pool).  You have to have inventory for the correct character in order to equip them with an item, so you spend a non negligible amount of time playing a slider puzzle with your inventory when you reach a new town and have to equip new items. You can put items in storage, but it isn’t instant, and you can only do it to 3 items at a time.  Then there’s items that Jeff can fix, which rot in your inventory until you resign yourself to forget them in storage. Or the bike, which lets you travel faster than a snail’s pace, but can only be used with one party member (so once you get it, then almost never again). Faster travel in the ridiculously large hub cities whose sole purpose for being so immense is to make it seem natural would be a godsend, but no - it wouldn’t make sense to use one bicycle to transport four people.  And the map also takes up an inventory slot!

It all takes a very practical approach to worldbuilding, which gives the game a lot of charm, but often makes it suffer mechanically.  Money is stored in the bank which you have to use your debit card (also an item in your inventory) to take out. So again you go to a store, find the price of an item you want, go to the ATM, take out money, come back to the store, buy the item, sell your old item, and then take the money back to the ATM to deposit.  Why deposit it? Because death in battle isn’t game over, it just takes a chunk out of your remaining money. Why even have this system? It’s purposefully slow, and gets in the way of every town function: saving, healing, and resurrecting. Similarly, the hospital and hotels are incredibly annoying. To heal, you go to a hotel (or find a camp that’s free).  But if you have a status ailment, you have to go to the hospital. If you are dead, you talk to the nurse, if you are sick, you talk to the doctor. Unless you are sick with something the doctor can’t cure, then you talk to the blue haired man, and guess what option will fix you. Oh, you're possessed by a small ghost? You need to be purified. And god help you if you have a mushroom on your head, because then you had to deal with constantly rotating directional controls to get to the hospital where the blue haired man will buy it from you for fifty dollars.  Here’s a better idea: do what every other RPG in the history of gaming has done, and just cure my status ailments when I rest up for the night. You can keep the hospital to resurrect my dead friends.

Sometimes these weird, broken systems are endearing though - you can get homesick if you don’t call your mom enough, so you should call her every time you call your dad (which costs a dollar each call, but just a few minutes into the game that cost isn’t even noticeable).  There’s a zombie hideout that you have to enter, and the password is to put the controller down, have a smoke, eat a sandwich, watch some TV, just whatever except doing anything in the game. You can see all of the enemies on the map before fighting them - except the first time you fight against insects they are just tiny specs on the ground that suddenly rush towards you.  Instead of getting money from killing monsters, your dad gives you an allowance that just so happens to coincide directly with how many monsters you have killed. 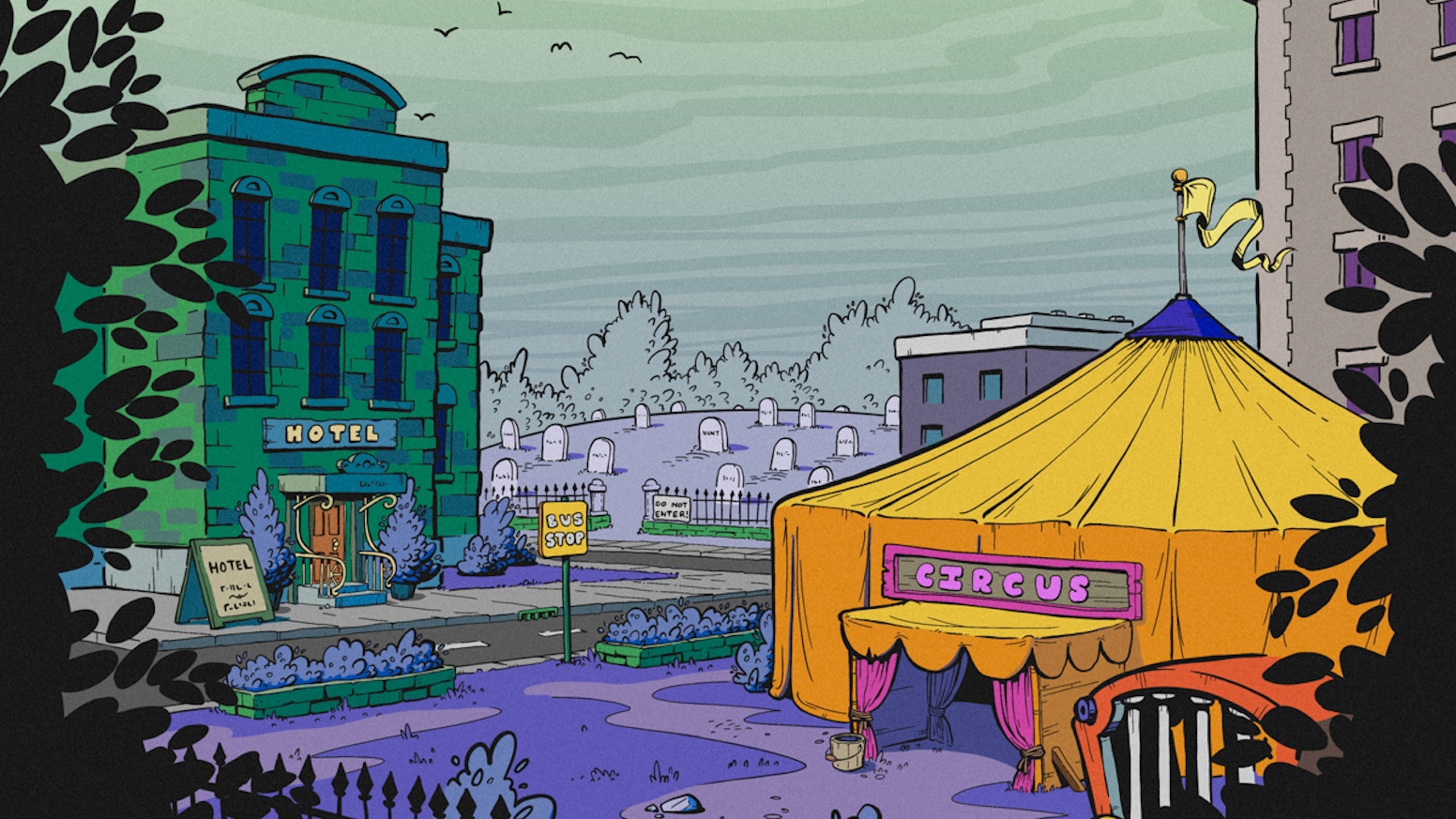 I feel like the end of the game is probably where it shines the most.  The section where you clear your mind is pretty fantastic in how everything is presented (and wave hi to the inspiration for Flowey!).  The dinosaur area where they show you the scale of the enemies by shrinking your party was also pretty well done. And the very end of the game is probably why I will always think back fondly of the game.  The fight against Giygas is so different and neat. When I was explaining it to my friend who quit the game, I told him it was almost anti climactic just because all you do is pray for a couple turns, and then you win. While that is technically true, the lead up to it with the Contra like building in a sterile forest labyrinth, and finally fighting Pokey who has been pulling the strings all along.  The actual fight is an interesting game of “keep Paula alive” while he throws out every status effect and occasional insta kill at your party.  Throughout this whole process the boss moans and groans at you, transforming in the background from an already spooky image to something definitely heeby jeeby. 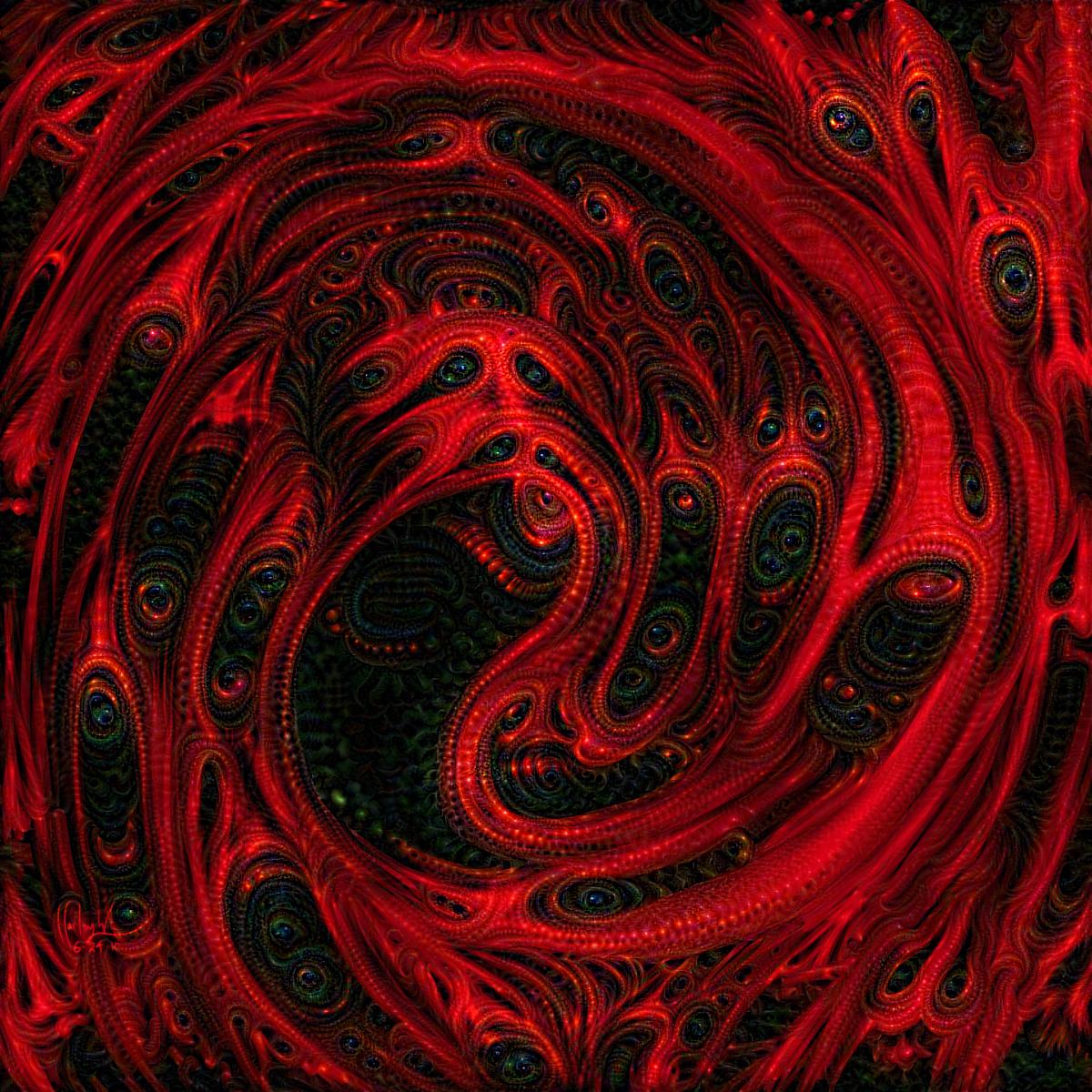 The biggest thing that got me about the ending is the ‘post game’.  The whole thing feels a lot like Lord of the Rings, in that your party has defeated the ultimate evil in the world, and now they have to go back to being just kids.  As they split off to go back to their homes, and their old lives, in their hometowns. You wander back to talk to tell your mom about your adventures. It grounds the whole story, and at least for me echos the emptiness of having completed the journey.

At the end of the day, I would have to know who I a recommending this game to.  I am definitely fond of it as a classic RPG with a lot of fun sprites, cute side stories, and so many interesting things about it, but I couldn't fault anyone for not wanting to put up with so many intentional decisions that make the gameplay worse.  I am glad that I played through it again, but it will probably sit on my shelf for another couple of years.