Three Houses is my first Fire Emblem game, and from playtime alone, I adore it.  I beat it just outside a week on my first playthrough, and again in just over a week on my second.  The character building is great, and seeing what drives the plot is a hook, but even on the hardest difficulty, I find the gameplay to be much too easy, so I started to ponder ways to make a Hard+ Difficulty.  None of that is to say the game isn’t complex, but I never feel like I am using those complexities to their fullest. Let me explain:

Anne and Betty are standing next to each other, attacking Charlie.  Anne has a 75% chance to hit with her weapon with a normal attack. Because she is next to Betty and they are totally BFFs, she now has a +10% chance to hit.  But, Charlie is flying on an eagle and didn’t do anything last turn, so now she has a -25% chance to hit. But, Anne has trained very well with her sword, so she gets an additional +20% to hit, a -20% chance to be hit back, and +5 damage.  Except Charlie is trained against swords, so he gives her -20% chance to hit! He is also standing next to Dennis, which grants him +3 damage dealt, and -3 damage received! But Betty has an ability that gives any girls standing next to her +5 damage!  But Charlie has a unit Dan assigned to him, which helps him block 5 damage!

All of those things exist.  Each character has a crest (% based proc that does something), a personal skill (constantly does something), weapons based skills, and up to 6 abilities you can assign that can increase their movement, their crit, their chance to hit...anything, really.  Finally, your friendship level lets you increase your chance to hit or your damage, and that is different between every two units on your team. When each system was introduced to me, I was so intimidated. There are so many possibilities, so many decision points, that it seems like each battle should take hours to plan perfectly.

Now, I almost never care, because they almost never matter.  For the most part, tanks in front, ranged in back, EZ game, EZ life.  I know that this isn’t a matter of being some master strategist to beat the hard difficulty, because other strategy games have crushed me (confession: I couldn’t beat Advance Wars).  If there were to be another difficulty introduced to the game, I would want one that makes these systems shine! With that, here are my suggestions for Hard+. 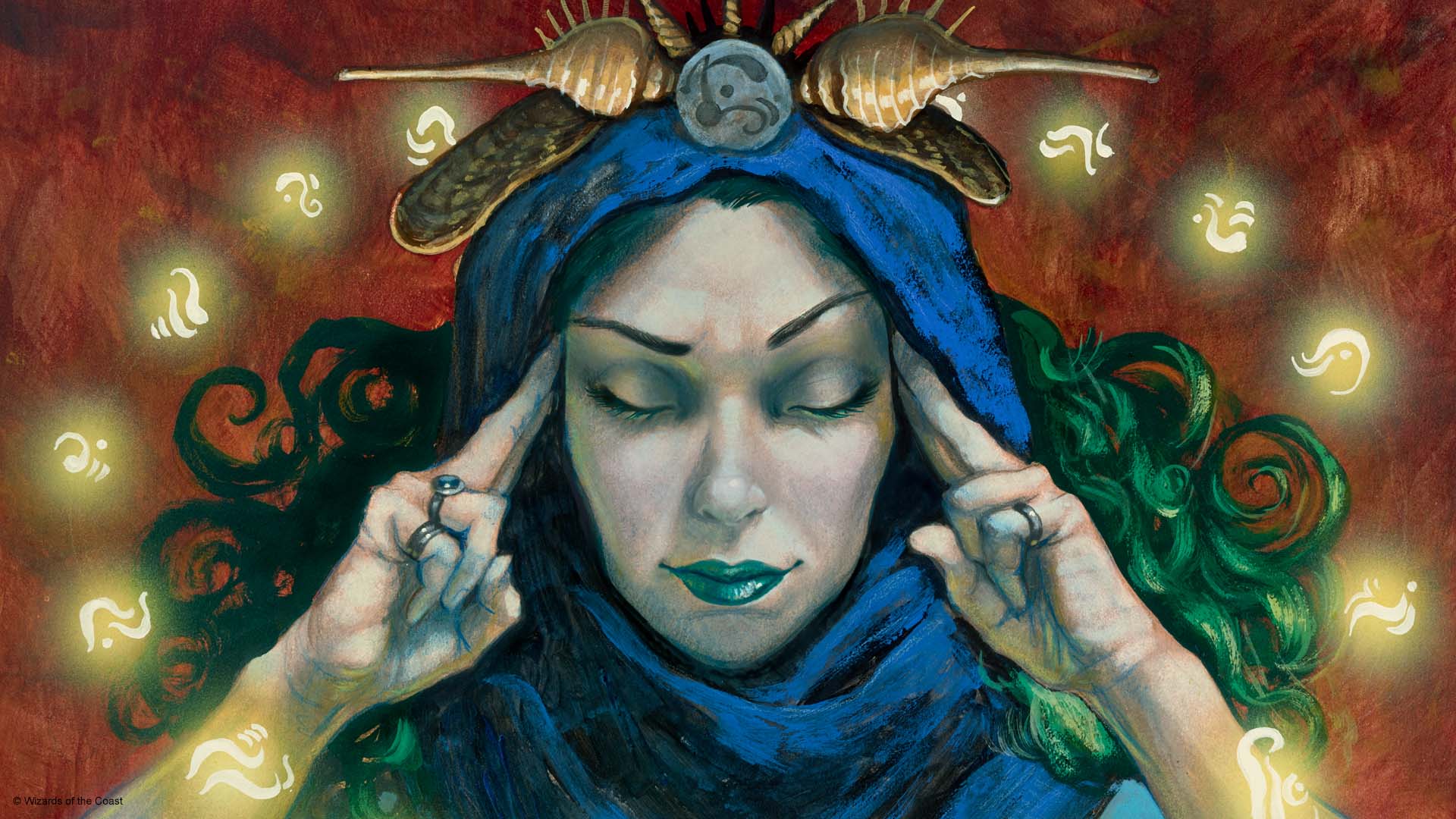 My cavalry has the option to use: a ranged lance, a ranged axe, a normal axe, and axe good against armor, a lance that lets you hit twice, a lance with high crit, a lance with high durability, and lance with low durability but higher damage, or a lance that (effectively) cannot ever be repaired, but has high durability, or a legendary axe, a legendary spear.  You also can have one of a dozen rings, or shields equipped. Then you can equip healing items, or keys to open chests or doors. Quite frankly, there are too many options. If you play Magic the Gathering, its like every character is a Cryptic Command. I would say limit each characters inventory severely - now looking at a map, you have to plan out who your armor breakers are, who can take care of the flyers, and ask if diversity in weapons is better than utility on the battlefield.

One of the core things that I like about the gameplay is how small everything is.  Bows have a range of 2-3, at the start, you can move 4 spaces with an average unit.  White magic throws this out the window by having the healing spell Physic have an absurd range at 20 spaces in the late game.  This usually means that its global, or at least close enough. In addition to this, there is also the spell Fortify, which heals unit in an AoE with a size based on magic, which in the end game typically covers all of your units (mine was at 10 squares), unless you were forced to split up.  I think for Physic, a small nerf to the range, as well as restricting it to maybe 3 casts per fight - down from 8 - would be fine. Fortify could be kept as is, but I would reduce the healing by half if not more. Maybe even just change it to ‘all units gain 10 HP back’ - something that has a tradeoff for its use.  The base spell to Heal could be increased to have a range of 2 to give a little more flexibility in exchange for these nerfs. Also, let units heal themselves, because that’s just silly.

The largest advantages the player has in the game is that you can move all your units at once, and focus fire down problematic units.  All too often, this can be accomplished by one unit on either side - a brawler getting 4x20 damage on your mage, or your archer doing 60x2 to their flying unit.  A decent amount of this comes from the rock paper scissors style meta, which is partially addressed by the item slot restriction above, but it also happens from regular units that are just wicked strong.  To borrow from the FPS world, I think the Time to Kill is simply too short.  If there is a problematic unit on your side, if you can get a flying unit or a mage in range (and considering the range on some spells that isn't an issue), you can save them by virtue of bursting down the enemy.  I don't want that.  I want to see a battlefield at the end where the unit with the most health is 15, white magic exhausted, and no healing supplies.  So I think a general nerf to all damage and to hit rates, with a buff to crits on both sides could be the way to go to keep things interesting.

In the 2 houses I beat, there was a unit that hated you, and almost everyone in your house.  Their support dialogue basically ended with “I will kill you last”, every time, and then you were at an A support.  Others have been best friends since birth, and every dialogue is them talking about boys, shopping, or shoes. I want those two to have drastically different effects in combat, as evidenced by a large change to the values that they give - maybe so far as a 100% increase.  When the philanderer is next to his crush, he should get a bigger bonus than when Emo Buff Snape is hanging out with the girl who never leaves her room. This plays exactly into the nerfing of combat above, and forces you to rethink how you position units so that maybe your mage should be standing uncomfortably close to the front lines to let you cavalry shine.  Or do you risk splitting up your two friends to have a more balanced battlefield with worse results? Finally, if they are combat based results, that perhaps the experience gained in the relationships should be stronger in combat, and much, much weaker from eating lunch together. Then you can have fun combat buddies, like in XCom, that grow based on how you, the player, are playing the units.

I can’t really say much as far as which tactics they should be taking, or what algorithm would be best so that they set up pincer moves, which, as an aside, how cool would flanking bonuses be?  What I can say is that they should be aiming to optimize their damage ratios much more than they were doing when I played. Something had them targeting my armored knight and deal 0x4 damage instead of targeting any other unit and dealing damage.  Mages would target my high Res units because they were closer, instead of trying to burst down tanky units with no Res. Something could be adjusted here to make the AI more ruthless, without resorting to damage buffs or disparity between player controlled and enemy units. 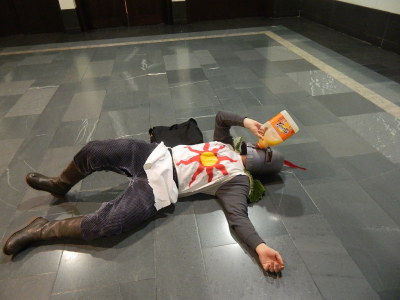 If you are playing without good white magic, then you need a buff somewhere else.  First, I would probably increase the healing items two ways: first, allow them to be used on allies by adjacent units.  Second, increase the healing of each by 50%. Then, instead of having them as an item that you can stock, have every character enter battle with one automatically, with only one use.  To upgrade from Vulnerary, you would have to complete a side quest, or spend an absurd amount of gold, or maybe both.

At the end of my first run, I was down in gold because I bought out everything in the secret shops as well as enough Master Seals to get my whole team set up.  In my second playthrough on Hard, I had even more money because I knew the critical path, and kept taking fights the whole game. In the early game, fights could provide something like 5000 gold, usually plus an item worth 1,000.  I would remove a massive amount of the gold earned from battles, and maybe place some more of it into the training ground tournaments. That way, you can earn precious good items at the tournament while also supplementing your income, at the cost of time wandering.  I don’t know how much would be too much, but the cost of weapons could probably be increased at each tier as well to make it not an obvious choice in DPS upgrade as soon as you can. Your unit with a Brave weapon should feel like an investment that you took to push their power levels to an absurd amount, instead of just another option in the shop.

This may not be something that is really related to a Hard+ difficulty, but its something that I would like to see as a general strategic improvement.  Many of the classes have really cool bonuses when maxed out, like the assassin gains an ability that lets them instantly kill a target when they deal damage.  There are a lot of these abilities that would have some awesome synergy with each other, but they are both in the same bracket of skills so you have to pick between a lateral move for interesting choices, or a vertical move for ‘of course you are going to do that’.  I think that if the class experience gain was doubled, then it would lead to a more interesting set of character builds. Also, probably double the health threshold for master classes abilities, because it is hot garbage that should never come up in the current state (I will concede that with the changes to healing discussed they might become better in this fake patch, so they might not need to be touched.  Just a gripe I had to get on paper).

These were the ideas that I had, but I will concede that all of them at once could be game breaking, and maybe you only need 1 or 2 to make it a more tactical experience.  So what do you think? What changes would you make in order to up the difficulty and make it the game you want to play?