Games You Should Play if You Haven't: Shattered Horizon 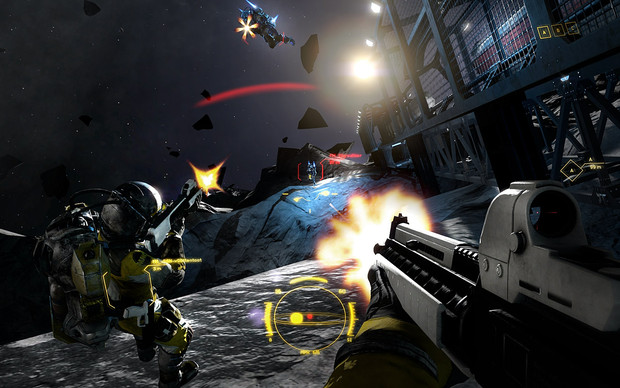 What you're getting with Shattered Horizon is a super attractive shooter with a great set of controls supporting some pretty crazy physics. The thrill the game can elicit when you fly out to the edge of the map, turn off your jet pack and float, silent and nearly undetectable, waiting for a chance to get the jump on an unsuspecting enemy, is palpable. Almost as exciting, is seeing other players running on ceilings and walls in the indoor sections of the maps. The game may not be as fun as it is original, but it's reasonably fun in it's own right. The unique mechanics the setting affords set it a cut above a lot of the other budget priced multiplayer shooters on the market. If the idea of mixing some Freespace in your first-person shooter excites you or if you just like the idea of the near-future setting, then you should take a look at Shattered Horizon. It's currently $9.99 on Steam, so it's safe to say it's at least more fun than it is expensive.