You know what I think is sexy? Gaming consoles. Maybe I'm just weird, but I can't help but get excited when I see a sexy looking piece of hardware. It just makes me connect with the system somehow, like I want to play games on that system just because it would look cool on my electronics shelf. So I decided to make a top 10 list of consoles that I think look awesome.

Okay some ground rules, when I talk about the system, I'm (obviously) including the hardware itself, but also specifiying which version of the console and color viariant. I generally dislike white consoles and won't buy one unless I'm hard pressed and have no other option. Also, I'm factoring in controllers, and box art into the list. I am however, not including graphics, but I will include UI (if applicable) because sometimes that can attribute to a consoles sexiness. Moreover, I'm leaving off game specific or decaled consoles. So, no Modern Warfare Xbox 360's or Net Yaroze PS1's, alternate colors are fine. 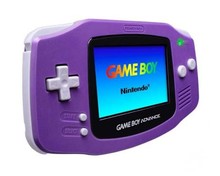 Oh the GBA, now that is just a sexy as a handheld from back in the day can be. Okay so this model lacks a backlight, and I knock it for not being as portable as subsequent models, but look at it. How many electronics come in purple? Not many. But even if you don't like purple it comes in a myriad of colors including the 90's style transparent colors! (Yes, I'm estatic that it's back with 2DS) It's got the best shoulder buttons of any handeld I've ever used (with intents for your finger to rest), I love the small LED light for power, and a fairly nice layout for the face buttons. I also knock it for having a tiny D-pad (the same one the Gamecube controller uses). Still quite sexy, I need to run out and buy one again, just because. 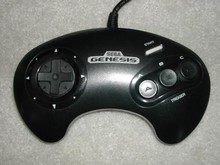 As much as I love purple, I don't like white, particularly off-white. Genesis is clearly a sexier console than the SNES. We all know black should be the default color for any electronics, it just blends in with the rest of the equipment. I love the red power lights on the Genesis 2, it's a bit lighter than the model 1, but does a better job at hiding those unssightly ridges. And you may be wondering about the controller choice. Why not go with the 6 button? It's far more functional. Yes it is, but we're taking beauty, and frankly, the original Genesis controller feels great in your hands, I just love the hard plastic and girth. 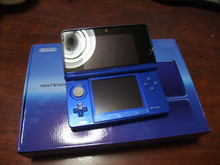 Sorry about the lens flair  (J.J. Abrams would be proud). The only color I like better than purple is cobalt blue. I've loved it ever since I got my hands on a blue N64 controller (which is the best cobalt blue ever) I've loved the color. But I also love the glossy pastic, layre cake look when it's closed, and general clickyness of the buttons. I have to knock it back because the screen gets marked by the pastic ridge at the bottom, the Start/Select/Home strip which doesn't work as intened, even if is nice looking.

You can tell I love my colors, eh? Yeah, I was never that fond the original model Wii stylings But man when they announced the limited edition red Wii, I could wait no longer. Of course mine doesn't look like this, the plates are removed for fear of breaking, and it's laying flat because I use the Gamecube aspect quite a bit, but that doesn't detract from the appeal. I'm particuarly fond of the blue light around the optical drive when it's reading a disc, the slot loading drive and how damn quiet it is, like it doesn't want to bother anyone, just sit there, be awesome, and play awesome games. 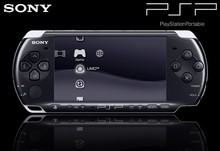 Yes, I know this model comes in cobalt blue, but I actually prefer the black version. Why? I suppose it's because it's just so slick. The menus in particular are fast loading, the system loads up a game specific background when a UMD is inserted just like the PS3, and allows you to do a search or update. Long story short it's very console like. But I also like that it has a tiny, well hidden memory card slot that allows you to load and play media easily. There's volume and backlight buttons right on the front, and feels built like a tank. Everything about this system feels high end, the UMD's included (even though I despise the format). 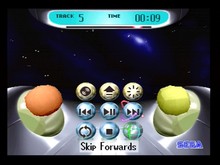 Okay, this or more like a glamor shots photo, but I do love the stylings of the the Sega Saturn. I love the access lights and the buttons right on the front. Vents are well hidden on the side and it runs fairly quietly. The menus are particularly nice, it's kind of a space ship cockpit of sorts, with tons of options for music playback. You can play the soundtracks from Saturn games here, and it even has a built in visualizer with a spaceship. It may seem hokey now, but I think it was a nice touch. The controller (not pictured) model 2 is the best fighting pad ever made. Not too shabby. 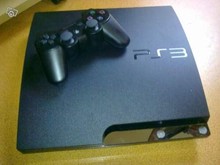 I like the aestheics of the PS3 for a lot of the same reasons I like the PSP, the menus are slick and responsive (well outside of the storefront) the media friendly nature, and the black plastic. I would have gone with the original model for the glossy as opposed to matte finish, but it's just too big to blend in. And also, this is one of those rare cases where I feel like mattle actually looks better. I also love the slick little laptop hard drive it has, and that it can be upgraded rather easily. I would like a couple more USB ports (maybe a couple in the back?) but it's hard to complain.

Again, I'm breaking my own rules, but I think the matte finish of the 360 is just a tad nicer than the gloss finish. But what really won me over was the touch sensitive open and on "buttons" (even though they aren't buttons) The 5 available USB ports, the very well cocealed but still accessable internal hard drive, and the wisper quiet fans. I think what really works well is the indented top and bottom, no other system I know does that. The lights look nice too. Just all around this is a super slick system that's only held back by the ejecting tray and less than stellar menus. The controller more than makes up for that though. 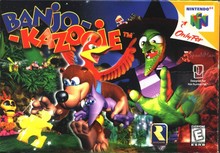 I've always love the stylings of the N64. Those curves make it feel more modern than it actually is. The 4 controller ports, the simple but elegant power and reset buttons, and the expansion port on top makes you realize this thing was built for real time 3D graphics. I also like that they planned ahead for the N64DD as the power cord was designed to supply power to both (unlike the Sega CD). It's a shame, the add on never made it here. I also love the color, I was half tempted by the retro transparent colors, but I think charcoal looks the best. Options are hardly a bad thing though. Even the box stylingss look great. Just stellar all around. 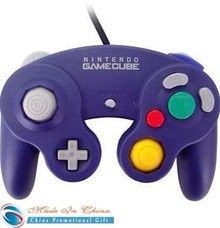 Gamecube is just flat out amazing looking, it comes in purple or a couple of other colors if you aren't weird like me, but I adore the mini discs. The controller is as comfortable as it is odd, and the memory cards are super tiny. I love the top loading tray, the ports on the bottom for the modem, the Game Boy player accessory, and the menus are just about perfect. They carying handle and 4 controller ports just lets you know this was meant to be taken to a friends house to play local multiplayer. Everything loads quickly, nothing is superflous. In my mind more consoles should stive for both the build quality and uniqueness that the Gamecube offers.

So there it is, do you agree with my list? What console do you feel I left out? Sound off in the comments below. I'd love to hear what consoles you think look great.