Kotaku is Doing Exactly What They Said They Would.

Two years ago today, the wayback machine will show you what Kotaku’s News Section looked like. Stories tagged with “News” are just that: news stories. These stories are made up of just what you would expect, with linked sources, interviews, and fact based writing. Headlines include no opinions, as you may expect, and examples include “Three years later, players are still digging up Black ops 3 easter eggs” and “Check out the first switch controller with a headphone jack”.

Today, Kotaku’s news section sits within their “Culture” section, as to distinguish that these articles regarding new information do not compose their own section, but rather a subsection within a larger commentary on culture.

The change first surfaced on June 7th, in between three notable events for Kotaku. The first, and the most notable, is the return of Patrcia Hernandez to Kotaku, this time as editor-in-chief.  The second and third were two articles, both labeled as “news” within the “culture” section that many readers felt deviated from the Kotaku that they have grown to know so well.

The two articles have since both been modified, but again, thanks to the trusty wayback machine, they can be viewed in their original forms here and here. Commenters, bloggers, and readers in general rebuked the former of the two articles for it’s clear slant towards those working on lower paying jobs in games, while the second article declared a newly announced XCOM title “looked like shit”.

The catch is, Kotaku, specifically Hernandez, told everyone that this was the plan. 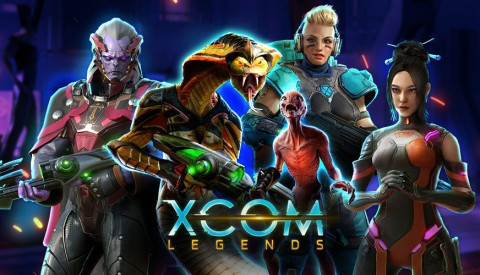 Not only did Hernandez tweet her announcement with the attached message “Oh [no big deal] I just wanna change everything” she goes on to lay out how she specifically would like to do this, and why she wants to. Notably, in the sixth paragraph, she states “I want to dismantle and redefine what a video game website can be. I do not like what I see. Where to even begin?”

Later on, we get a preview of the thought process that perhaps led to these headlines, as Hernandez writes “I want Kotaku to reflect things that are real. I want to print stories that you’d be able to tell a friend about at a bar, even if they don’t play games.” Both articles are certainly written in this manner, though I cannot for a second presume to know the exact thought process behind them. While the second article in particular seems a bit mean spirited to me, Kotaku has the right to publish mostly whatever they want, especially considering a recent mission statement.

In short, readers that are upset that Kotaku is not the Kotaku they used to know have a right to not like the new style, but it’s strange that many of them seem surprised. Considering Hernandez transparency and bluntness, it seems odd that this would come as a shock.

Finally, the shock that Kotaku is expressing brash opinions is more or less unfounded. While Kotaku’s 2019 news section is mostly fact based, it also included some shots at large games, including ““Let Us All Celebrate NBA 2k’s terrible voice acting.” While this is a sentiment I agree with, it is unarguably an opinion, and not news.

Kotaku has never necessarily been a rule follower, though it does seem to be entering a more rebellious phase now, which will undoubtedly turn some readers off. Hernandez may not be all readers’ cup of tea, but she has made her goals apparent, and is certainly dedicated to them.

- Solidsnape lives in Baltimore, MD where he writes, plays the objective, and infiltrates Shadow Moses.