Hey guys, I wanted to post some of my favorite Gravity Rush 2 selfies, because you know what?  Nobody else has seen them or ever will and that is a crying shame.  GR2 has one of the best photo modes I've ever seen in a game.  It's not super-technical or complex, but gives you just what you need.  I want to thank TheZeroOne for telling me how to get these off my PS4.  I'd really like to do a Final Fantasy 15 version of this, but the photo album isn't in my PS4 captures.  I'll bet it's on a Square Enix website somewhere. 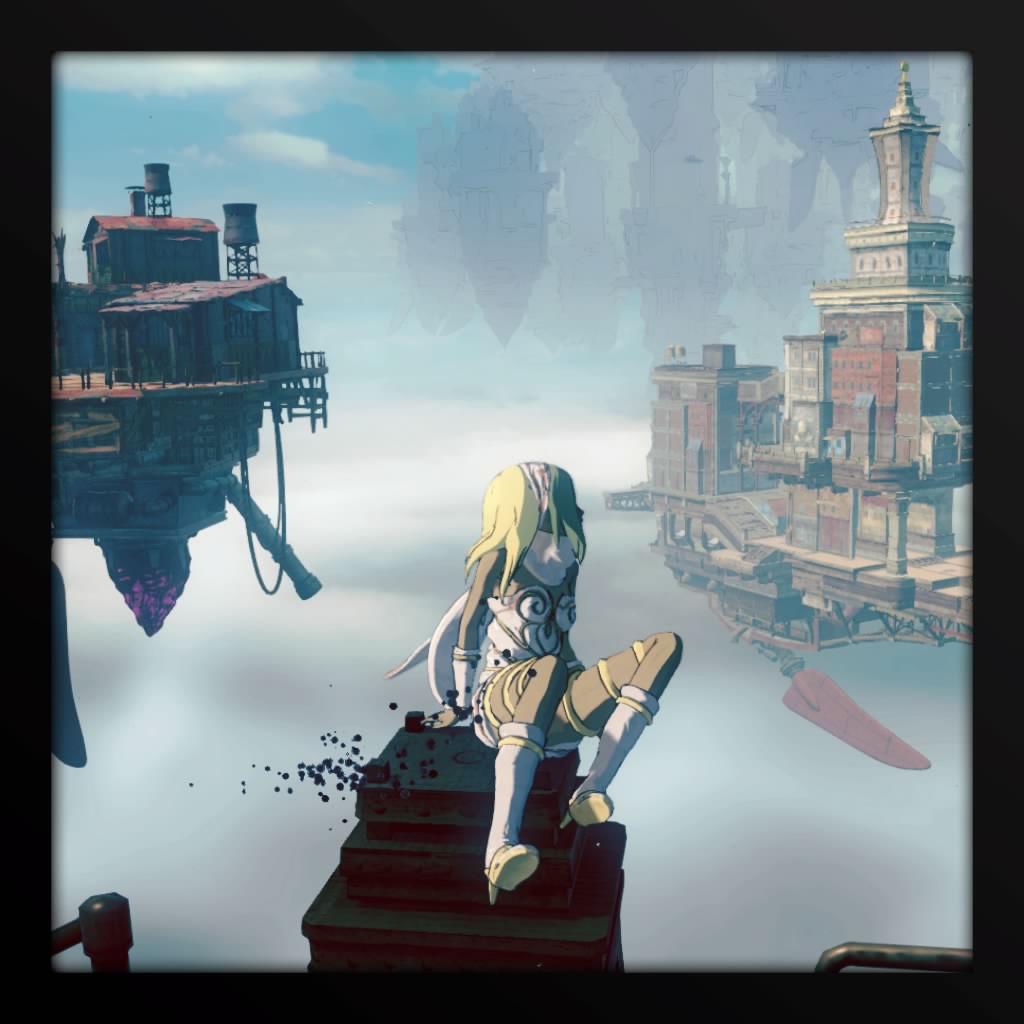 I really like the relax/sitting pose, but it’s almost never interesting to use.  I had Kat sit on a pillar at the top of some stairs and when she looked out behind her, it was a perfect shot-of-opportuni 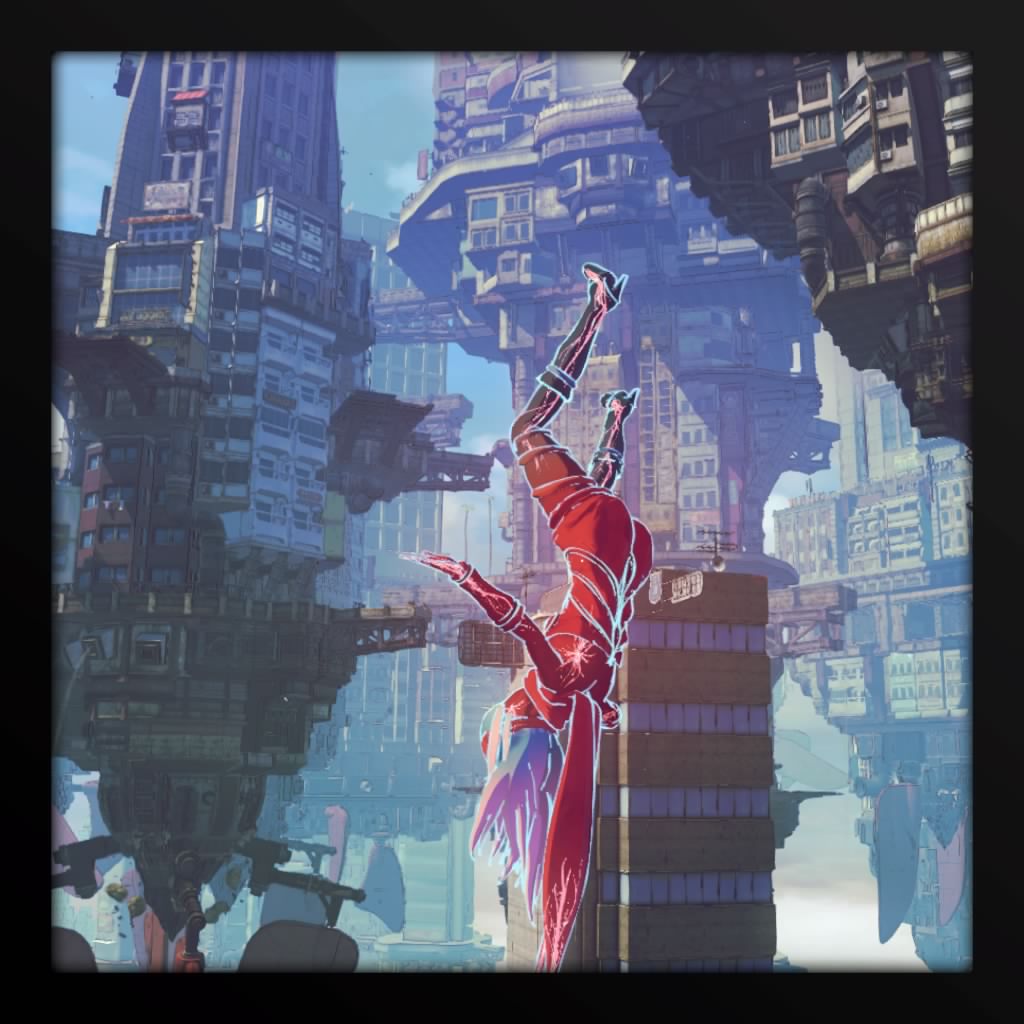 It's fun to look at the big-city part of Jirga Para Lhao upside down like in the second photo.  Hell, I like the look of it in general. 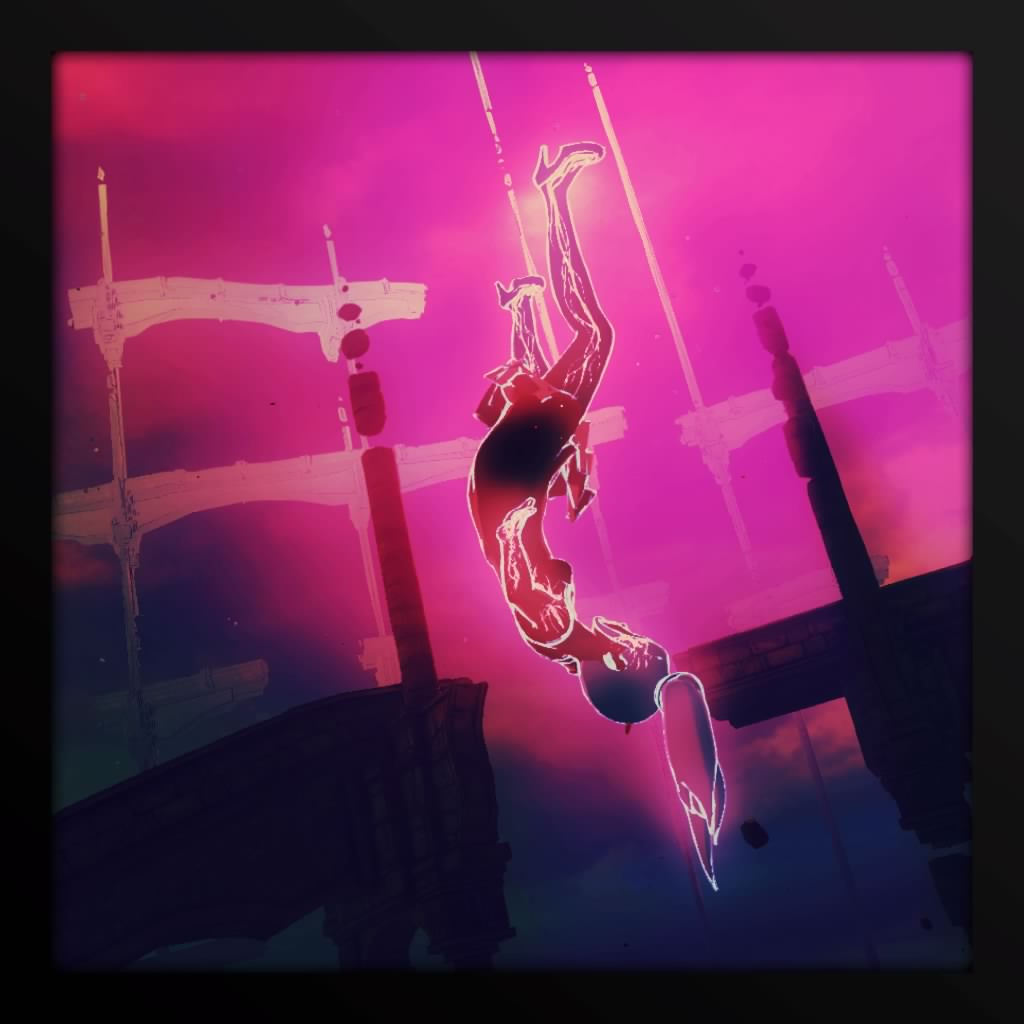 In addition to upside down shots, I really, really like the Vivid filter.  It’s the kind of surreal that seems to reveal the soul of some of these bizarre situations. 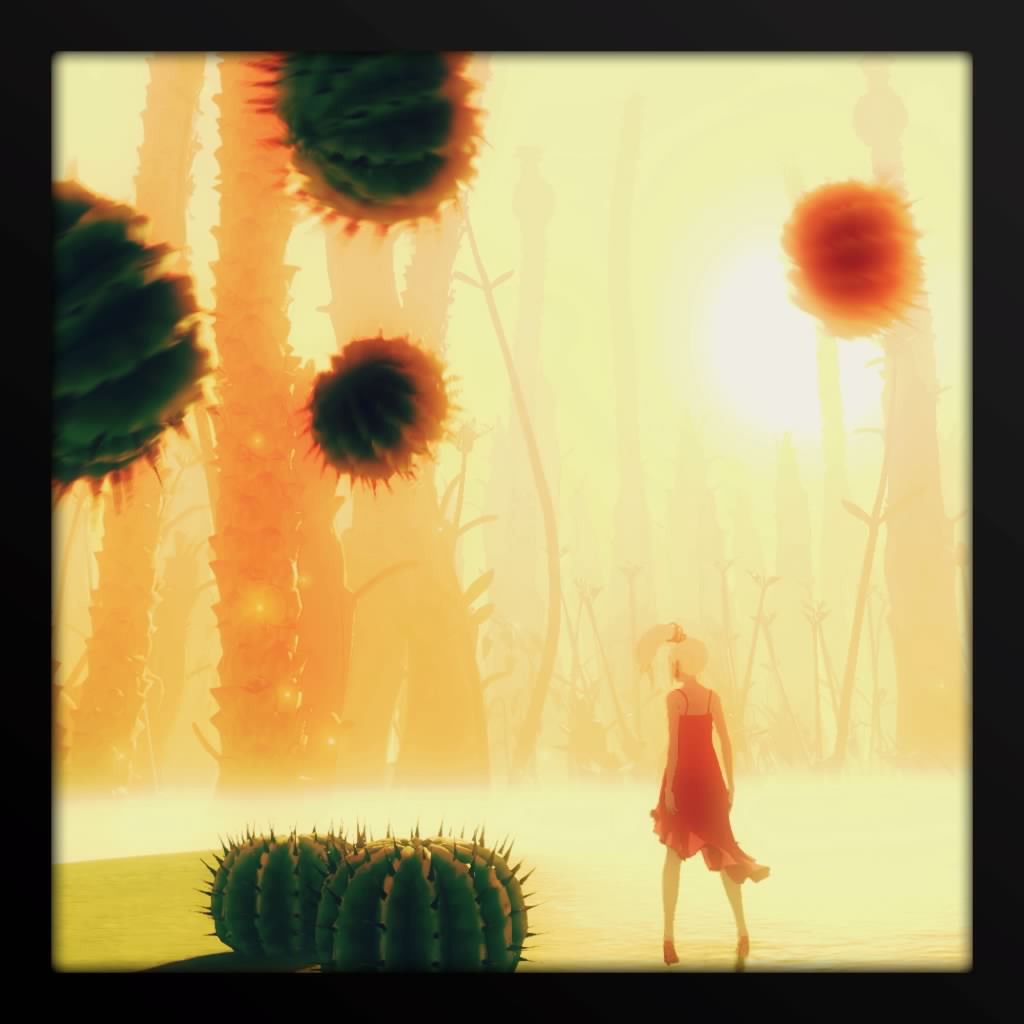 This shot is very missable and may be totally unique.  There's nothing else this warm-looking in the game, I think.  The Vivid filter makes this shot what it is.  I had a Normal filter version, but it was nothing nearly as special. 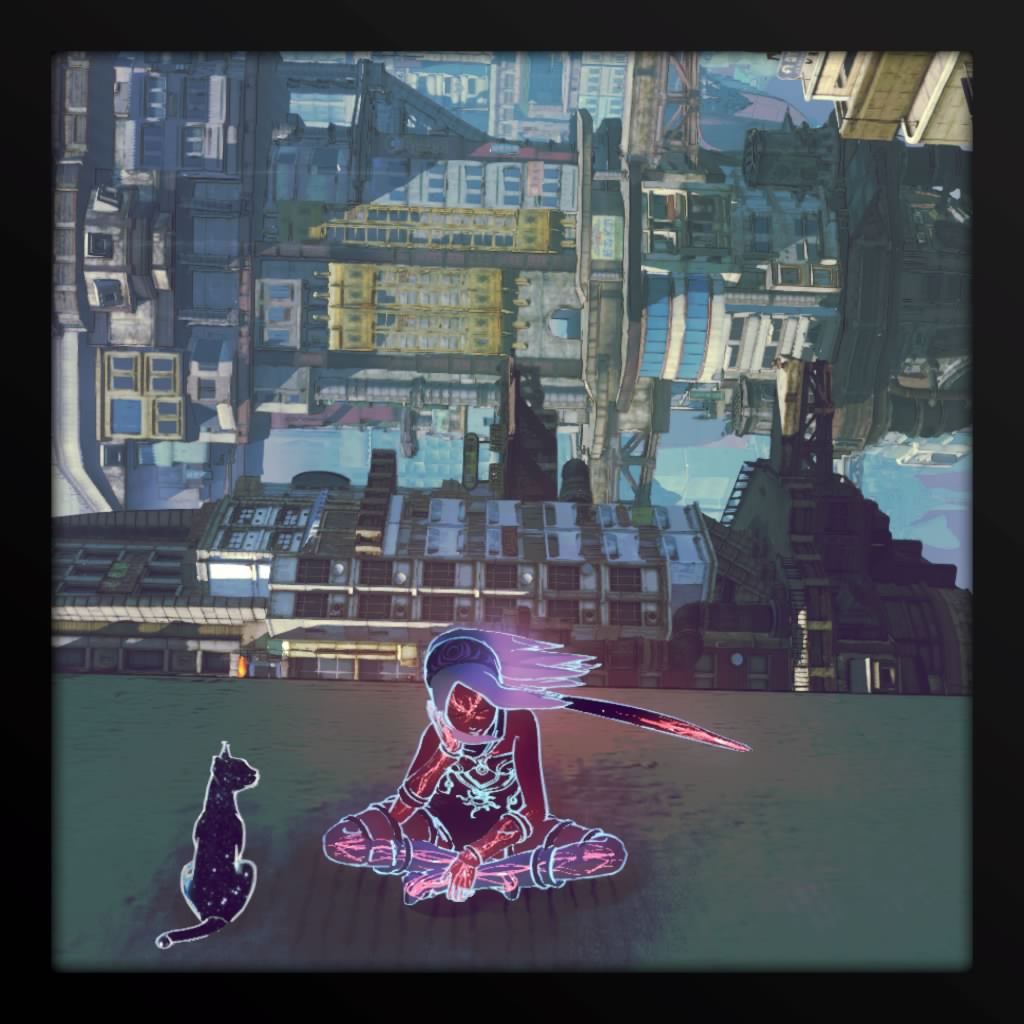 Here was the only other time I could make sitting interesting.  Looking at these buildings as a sideways-dweller is pretty fun.  I have several of these sideway-shots. 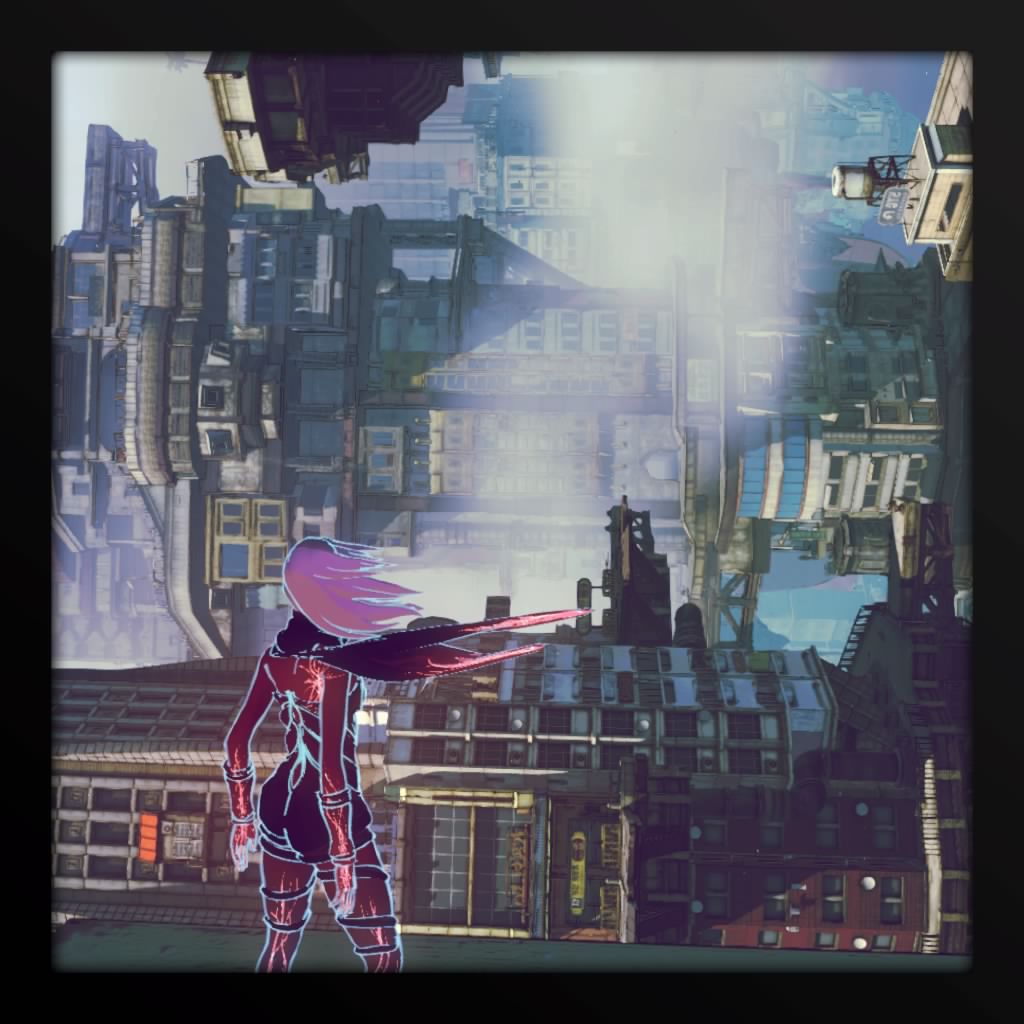 This is probably the best-looking of my sideways shots.  It looks like it could almost be promotional material, except for that fucking cloud.  Clouds can be the bane of your existence when you take photos in this game, especially for stuff in the distance. 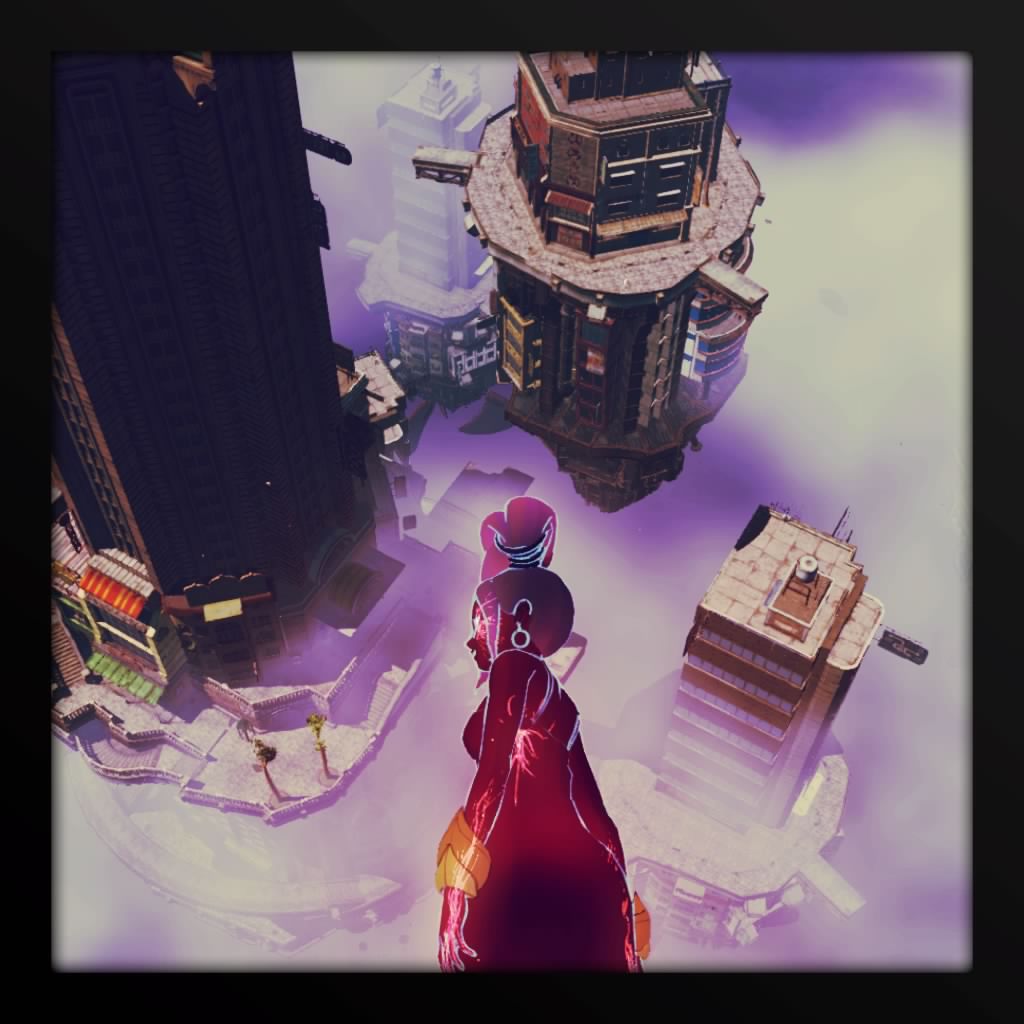 Here’s another sideways-standing pic, but this looking-down perspective seemed really neat.  The Vivid filter lit up those clouds like neon.  Much better than the normal version 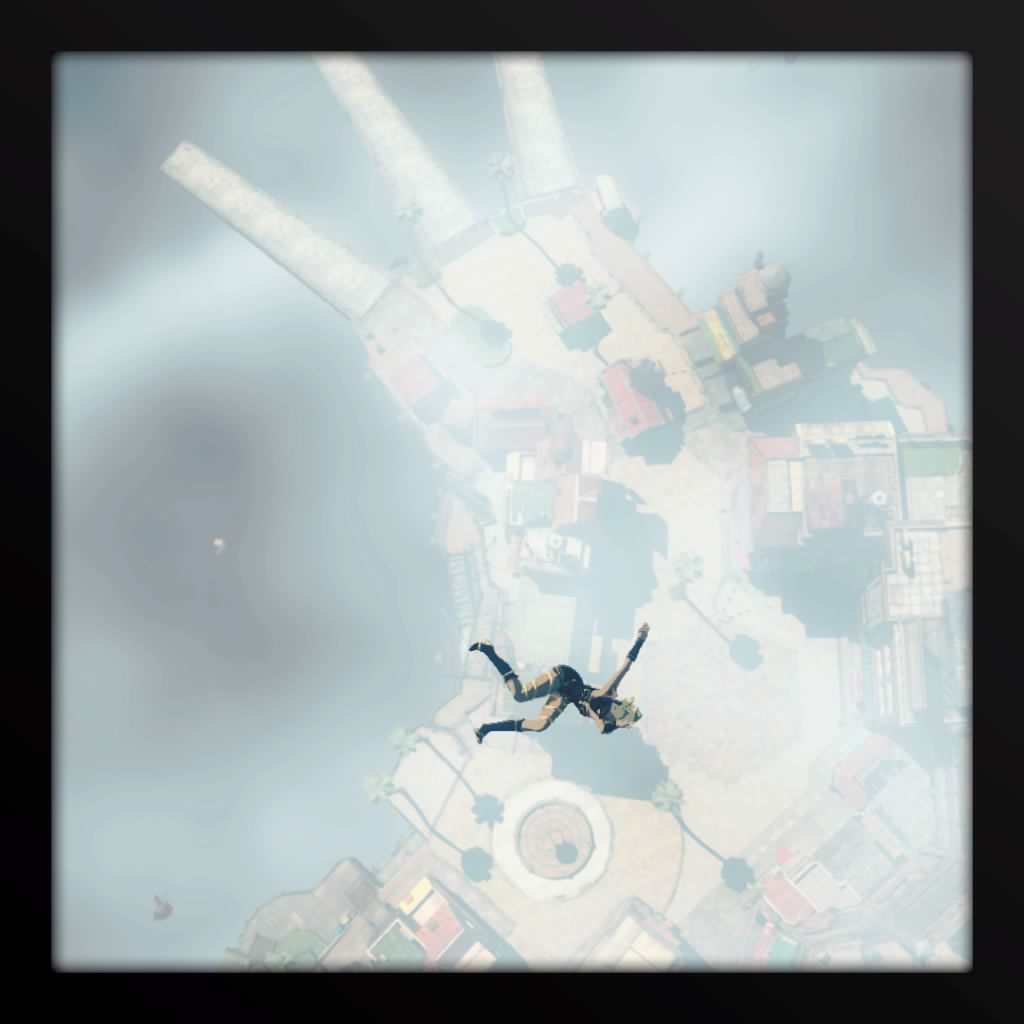 I had a bunch of falling photos, but this was best one.  I don’t like how the ground is obscured by clouds, but it creates this stark contrast. 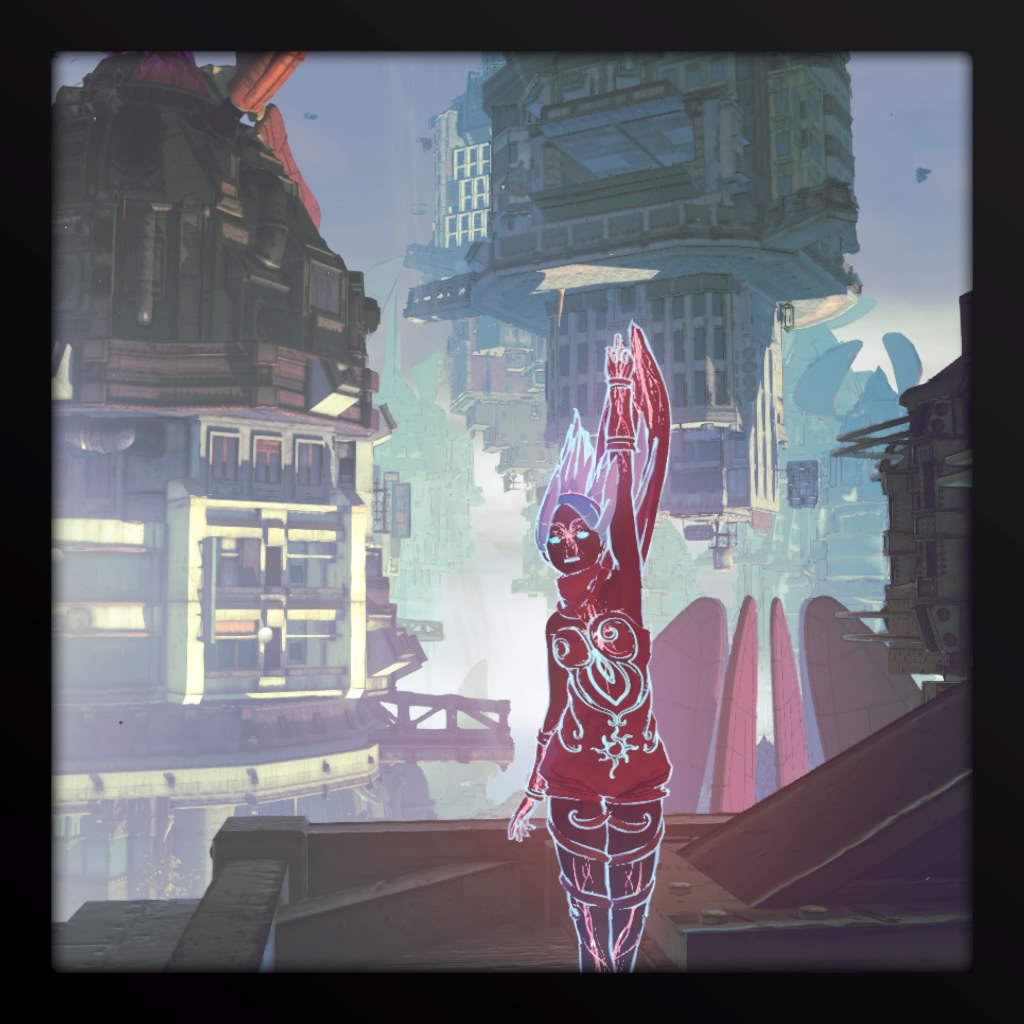 Here’s Kat helpfully pointing you in the direction of natural gravity. 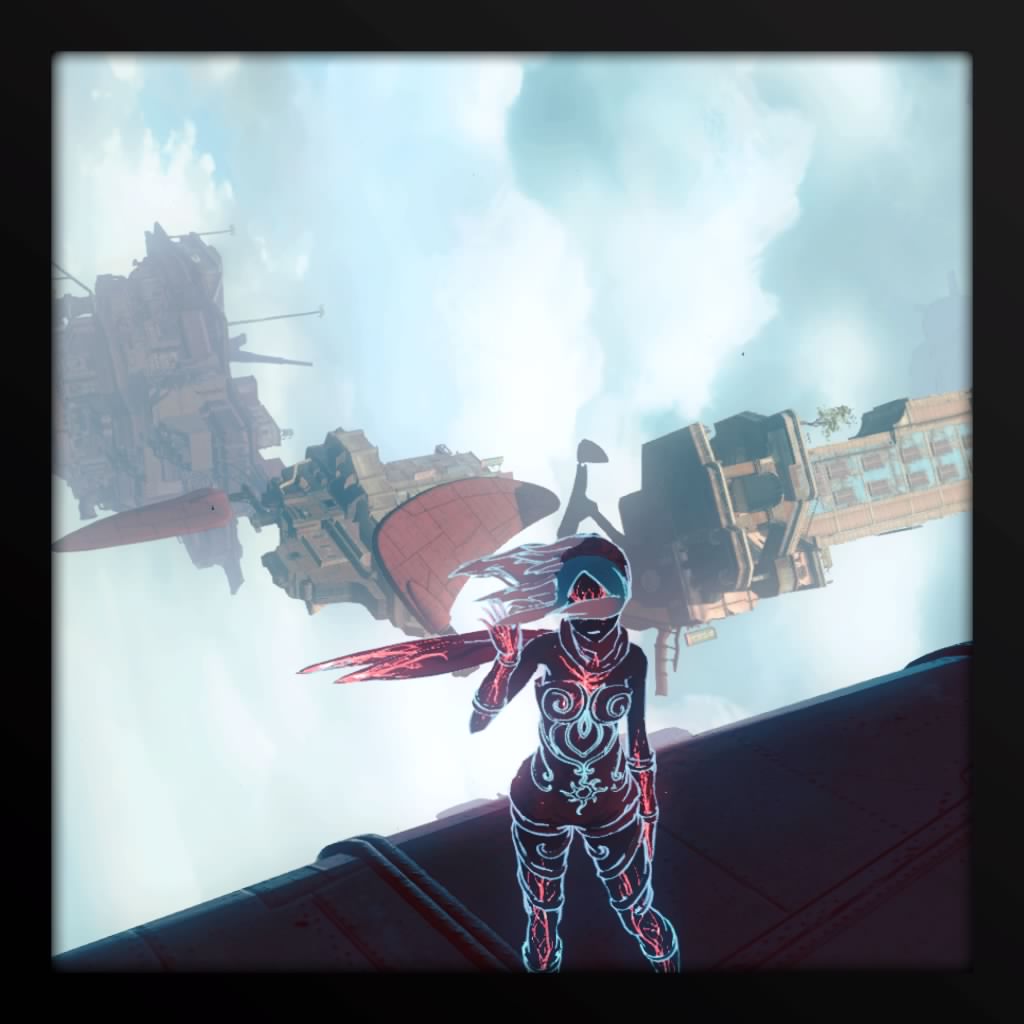 I don’t remember how often the wind blows hair in Kat’s face while standing still.  Anyhow, this chain of flying buildings is interesting to look at. 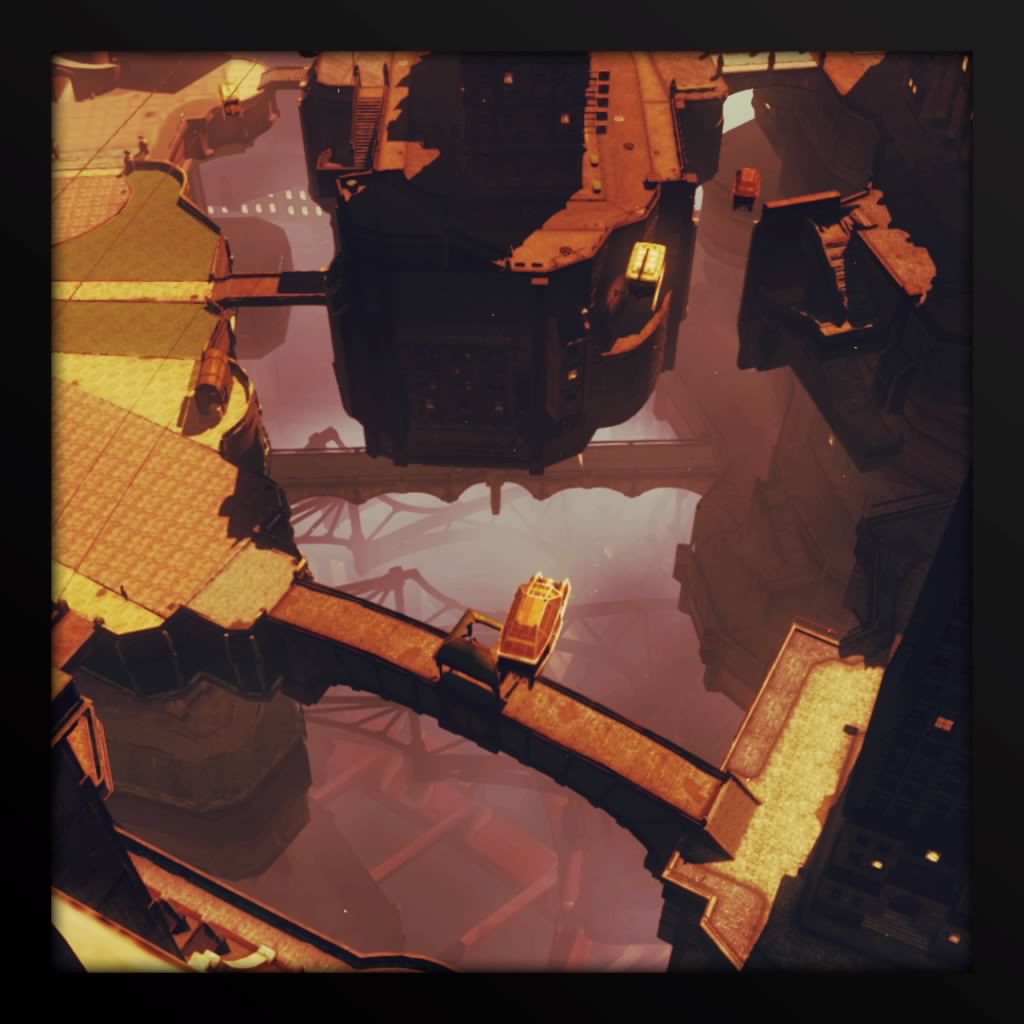 Here’s a look at several levels of bridges and the lattice-work of the town.  This wasn’t my favorite place, but it sure has an aesthetic to it. 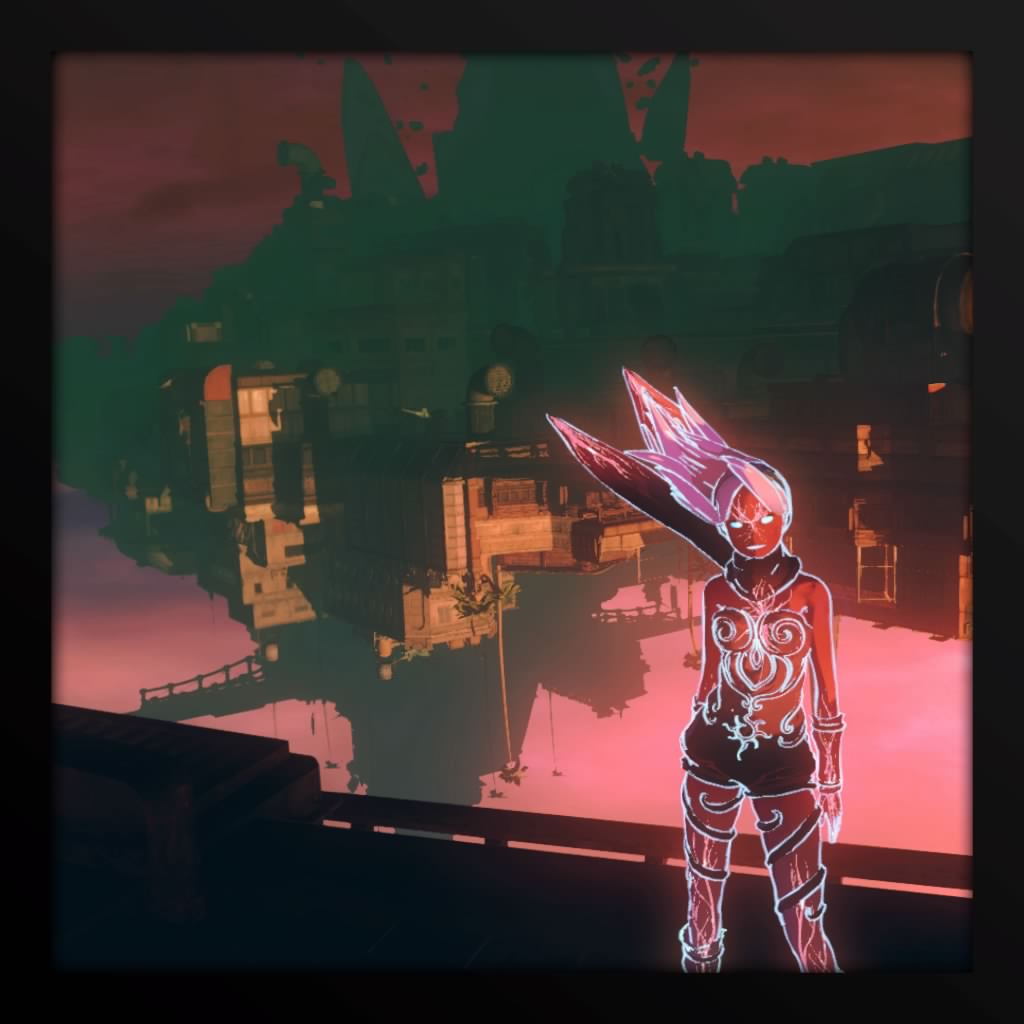 There’s a mission where you ride to this fortress on the bottom of a transport to avoid detection.  Obviously, I had to snap it.