Games that I Regret: Ocarina of Time

As some of you already know, my taste in games doesn’t always mesh well with the rest of the gaming populace. I dislike beloved games like Beatmania and Halo and I adore less popular games like Mystic Quest and Cooking Mama. This can put me at odds with my fellow gamers. They question my logic, my sanity, and if they’re immature, my sexuality. Mostly it’s not too big a deal, my general tastes are such that I can co-exist with my fellow geek in relative peace but today that might change. I have a confession to make: I, shipero, do not like Legend of Zelda: Ocarina of Time. 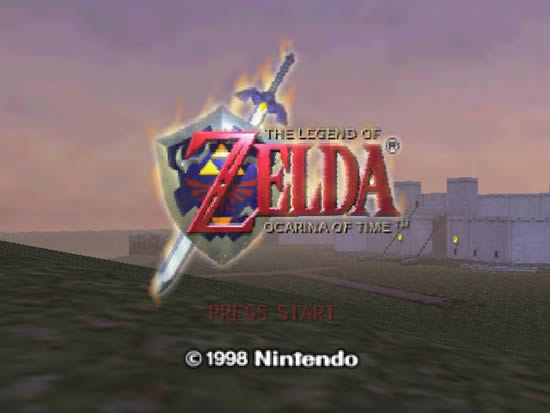 Ocarina of Time was released for the N64 in 1998 and was the series first foray into the third dimension. As usual you play as one of the many Links that exist in the series confusing and convoluted timeline. You hack and slash your way through many obstacles in your quest to once again rescue Zelda and save Hyrule from certain destruction at the hands of the evil pig-wizard Ganon. Well, a few things are different this time, you and Zelda start off as kids and Ganon is not yet his usual swiney self. Still, it’s the same basic premise that the games usually follow. 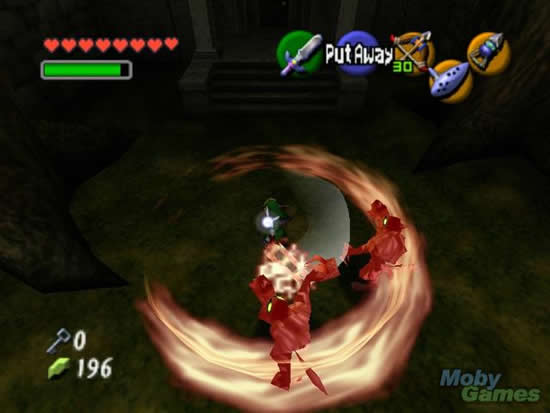 This series did not make the transition to the third dimension very smoothly. The controls are stiff and awkward. While not too noticeable when just wandering around the overworld, it becomes an issue when precise movement is needed. The camera is also a little loose making combat more of a pain than it needs to be. When fending off multiple assailants it becomes difficult to concentrate on one without losing track of the others. The camera also causes issues on bosses that require special actions to defeat, it's hard to knock projectiles back at an enemy while running around. 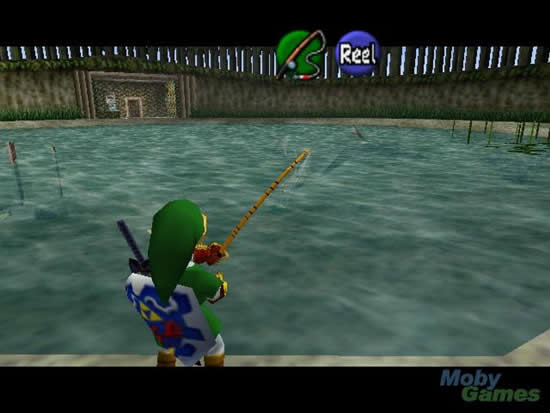 I find the minigames and side quests tedious. It seems like this game started the trend of fishing minigames that continue to annoy me to this day. I really don’t appreciate having major rewards tied to my least favorite real world activity. There is also an item trading side quest that is very dull and drawn-out. Mostly it’s just mindless legwork, dragging items from person A to person B but sometimes the game throws a curveball at you by making the trade timed. This is where frustration sets in, nothing slows the game to a grinding halt faster than having to retry the delivery again because you took the wrong path to your goal. 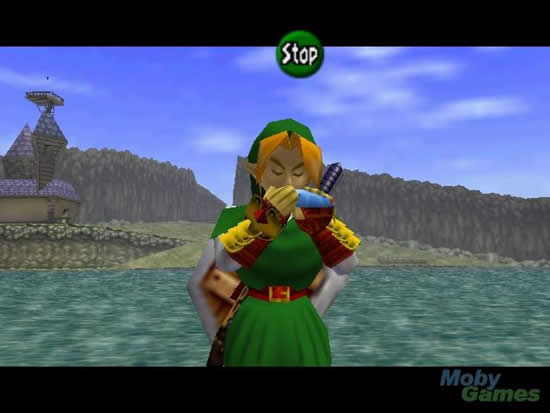 I also have a problem with the game’s namesake, the ocarina. I think it’s an interesting plot device, its use in puzzles can be pretty clever. My complaint lies with the fact that you have to enter the notes manually. I preferred it in A Link to the Past where you simply equipped and used the ocarina to get the desired effect. Having to stop and look up each song really broke up the action. There are a few high points to this, the scarecrow song lets you pick your own notes, giving you the ability to use an easy to remember melody. I also found it quite amusing to play modern songs on the ocarina, my college roommate loved playing Smoke on the Water.

An obsessed fan beating Ganondorf with a bottle:


Highlight reel of the many glitches:


Well there it is, another gaming confession that will make me less popular. Now I’ll no longer be invited to all the hip parties with all the cool kids. Maybe the fact that I didn’t play this game until 2005 has affected my judgment; it did seem rather dated by the time I got to it. Truth be told, though I haven’t really liked the Zelda series since it went 3D, I’ve never even gotten around to finishing Majora’s Mask or Twilight Princess. I mean really, what is left for me to say besides April Fools. You guys are going to kill me now, aren’t you?

Hall of Fame/Shame
#Community
Login to vote this up!