Alright, I know what you’re thinking. “Whoa there shipero, this isn’t a game.” Well you’re right, but bear with me, I’m going somewhere with this I swear. You see as a kid I would get tired of the midi music featured in most games, so I would opt instead to listen to other music. Of course my music selection was rather slim, and most of what I had I didn’t particularly enjoy. My collection consisted of a couple tapes and CDs that I had been either given as gifts, or ones that my parents had gotten tired of themselves. One CD stood out, and thus became my gaming soundtrack of choice, 1992’s Wayne’s World Soundtrack. 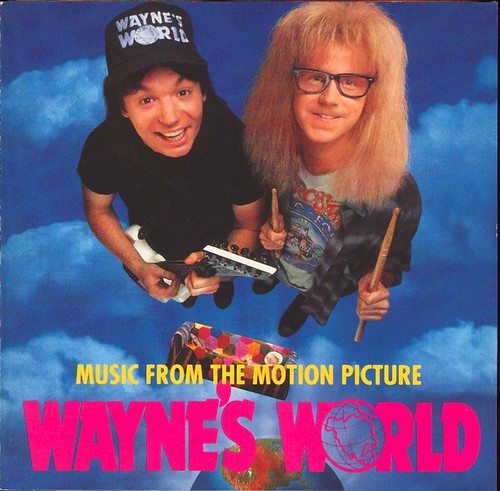 Our computer ran on a DOS shell that my parents put in place so that I or my siblings couldn’t accidentally delete or alter any important files. It was a very basic shell; the different programs were divided into differently lettered groups. You navigated by typing in the letter of where you wanted to go. Despite it’s simplicity it did have one interesting feature, a rudimentary media played that would allow you to play CD’s in the background while using the other programs. 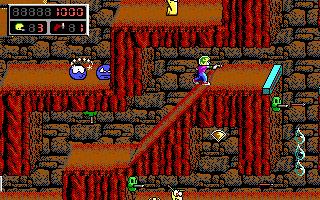 So I’d simply pop the CD into drive, hit play, and start up one of the many games I had while the sweet sounds of Queen’s Bohemian Rhapsody came pouring out the speakers. Sure, I tried other CDs but I’d always come back to Wayne’s World, there was something about it that just seemed to click with my pre-pubescent brain. Maybe it was the powerful sounds of classic rock, perhaps it had more to do with my gigantic crush on Tia Carrere (which I still have by the way, “Schwing!” indeed), whatever the reason was though it definitely had an effect on my early gaming experiences. 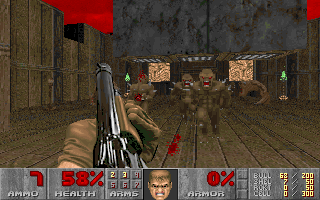 This game gets decidedly more intense while listening to Ballroom Blitz

My friends and I would gather around my computer taking turns playing Doom and Commander Keen, all while singing along to Foxy Lady. I have a lot of great memories of co-op and amateur karaoke after school and on weekends. Now here’s where I usually post links to shareware and remind you how great DOSBox is, but that’s kind of hard to do with a CD. What I will do whatever is run another contest for a chance to experience the pure joy that I got out of this particular combo.

All you have to do to win is email me at shipero(at)gmail(dot)com with a description of what your favorite music to game to is. Be as detailed or vague as you want, you can simply tell me that you enjoy listening to Justified by Justin Timberlake while schooling punks online, or you can give me a 20 page paper detailing how each song of your MP3 mega mix fits the mood and theme of each level of Mario Bros. 3. After one week I will choose the most interesting response, and the winner will receive a copy of the Wayne’s World Soundtrack and a copy Commander Keen Volumes 1-5 on CD-ROM.

Aside from the contest I have no real way to share the experience, but if you play this in the background while watching a video from one of the previous installments you’ll get the basic idea:


See I told you I was going somewhere with this, now that wasn’t so bad was it? Hey, don’t roll your eyes at me, I just wanted to share another part of my childhood gaming habits… Ok, that gesture was uncalled for. Fine, I’m sorry, I swear that next time I’ll be a good little nostalgia monkey and write about games that people might sort of remember hearing about one time, no need to get snippy.