Board Games aren’t very fun, you know it, I know it, and God knows it. There’s no way a simple game like chess could ever hold my interest, let alone the interest of me as an eight year old. Unless the game in question happened to be the classic Battle Chess from 1988. 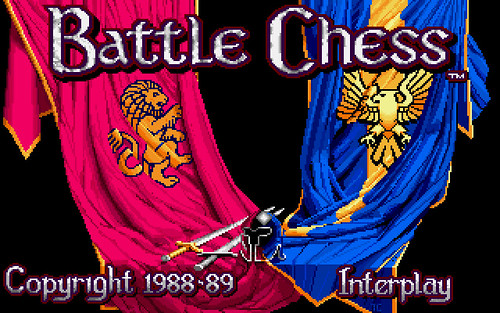 This game is much like other chess games out there, nothing different about how it plays. There are no weird rule changes; you can’t build a town center to build additional pawns, and no racing your knights for fun and profit. Nope, Battle Chess is unique in presentation alone. Although the screens might not show it, there lurks something awesome underneath the dull façade. 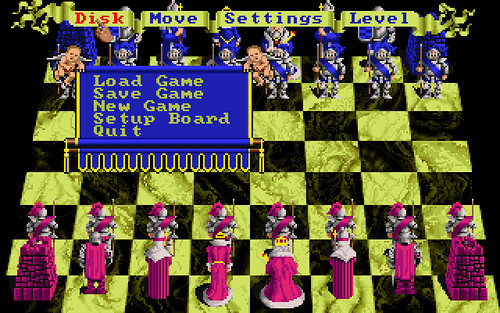 Just your average everyday chess game, or is it?

Much like the holographic chess game in star wars the pieces come to life and move around the board. Just tell each piece where you want it to go and watch it slowly shuffle from square to square. While it is cool to watch a rook transform from a tower into a hulking golem, the real fun comes when one piece takes another. 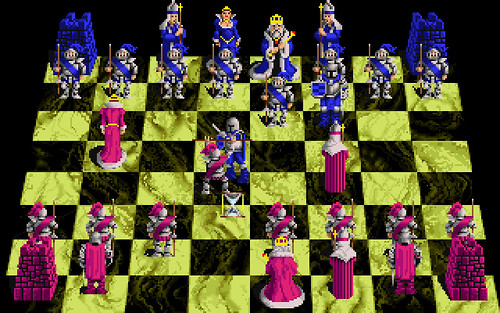 One piece stands aside allowing the other into the square, a small gesture of civility before the brutal carnage that is about to unfold. Then both pieces unsheathe their weapons and engage in deadly mortal combat. Blows are traded, spells are cast, blood is spilled, and in the end one life is lost. Two pieces enter, one piece leaves.


This was one of those few games that I and my friends didn’t play for real, we didn’t want to have a good old fashioned chess match. What we were simply after was to every battle animation the game had. We wanted to see the king beat the hell out of a queen with his scepter, we had to watch a knight stab a bishop, and most importantly we needed the rook crush every single piece on the goddamned board. ROOK SMASH!!!