9:39 AM on 08.19.2007 (server time)    0
I've been a big fan of Harvest Moon since the first one came out. Some people say "Farming simulator? Sounds pretty gay". Well say what you want, Harvest Moon is fun and addicting as hell. When I first heard of the first Harvest Moon DS, I nearly wet myself. When I got it, it gave me foamy, painful diarrhea. It was so terrible. I had to restart the game several times because the scripting was messed up and it wouldn't allow me to do anything. There weren't any characters in the game. After restarting it several times I finally got it to work. After that it was decent. I didn't like how I had to order stuff through my TV, instead of walking to the store to get them. And just a bunch of other crap that seemed tedious.

But Rune Factory: A Fantasy Harvest Moon is probably the best damn Harvest Moon I've ever played. Its very much different than the older Harvest Moons. But it doesn't steer away from the core element of a Harvest Moon game. Several reasons:


1. Fighting. You fight off a variety of monsters with a several different weapons. The weapons you can upgrade by mining different kinds of ore in the caverns. Then bringing it to the black smith. You can upgrade your tools the same way.

2. Leveling your character and skills. Kind of like Morrowind or Oblivion, you do this by doing that activity. You will be able to do things better. You will get stronger and healthier. 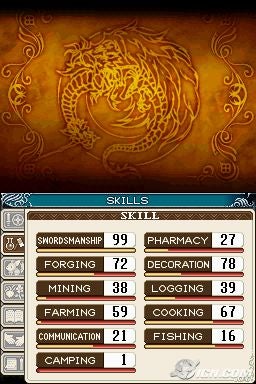 3. Magic. You will acquire magic books from the library at times. The magic will aid you in farming, fighting and other stuff.

4. Monsters. Gotta Catch'em all. You can kill/capture monsters in the game. After you capture a monster it goes to your monster hut (which you need to build later in the game). You can either use the monsters to gather milk, eggs or wool. Some of the uglier monsters you can use to help you farm. 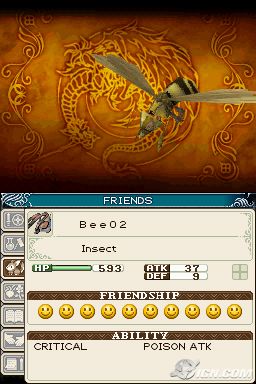 5. Voice Acting. There is a surprising amount of voice acting in the game that is done surprisingly well. They don't do it much. Usually like a sentence. 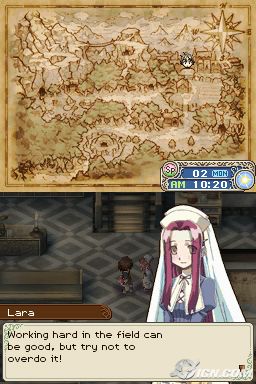 With all this extra stuff, its still Harvest Moon. Complete with farming, friendship and marriage. 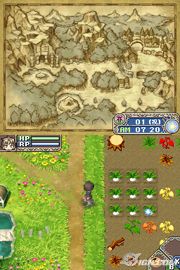 The backgrounds in the town and other places look like they're from a painting. It looks quite amazing.

I'm not sure if you can get drunk in this one like the first couple of Harvest Moons, but I will find out. I'm not too far in the game, but so far I don't have a horse or a dog. Maybe I can ride on monsters.

If you're a fan of Harvest Moon then you will love this game. If you're not, it may be a good one to get into. I recommend buying it (or stealing it).

Who the fuck cares?