No Sex Please, Were Video Games!

In Britain there is an unspoken, but commonly known law which states that in no circumstances whatsoever will we talk about emotions. There is to be no chit chat about feelings and all conversation must primarily revolve around pleasantries such as the weather that we are having today, thank you. Nothing will be said about love, or anger or any kind of personal issues such as these. And the biggest crime that one could commit of course, is the mention of carnal activity. It's just not appropriate for the dinner table you know. My family, being the patrons that they are have taken this to heart and accordingly we have never discussed the subject once. My sister has recently given birth, but I've heard my mother discussing the day the stalk brought the baby to her. As a nation we have always been afraid to discuss sex in an adult manner, and it occurred to me recently that video games have often taken a similar stance.

Gaming seems fine with breasts. Boobs, Tits, Cleavage, Jugs and Melons, we see them on a regular basis. We see them on the girls in our games. We see them on the booth babes at conventions. They're accepted and I'd go so far as to say that they're expected. We also see bums, panties, bras, legs on our ladies and we also love our heroes to be super muscled beefcakes with six packs. If there's one thing that the games world has figured out, it is how to make sexually appealing characters for our heroes. There is certainly titillation here, but why are our sexy symbols simply not having sex? Or even talking about it?

Over the past few years there have been a few semi decent (mostly awkward or funny) examples of sex scenes in games such as the mass effect series, saints row and even some parts of grand theft auto. But lets face it, there are a lot more games which involve 1) sex with prostitutes/slave girls or just general wenches, 2) blurred or cut sex scenes, 3) hysterically bad sex scenes. Often a mix of the three. And don't get me started with mini games. Attempting to stimulate the act of sex by pressing x, triangle, left, left left in rhythm is never going to replicate the act. 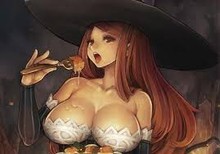 We live in an age where sex sells, and I'm sure this is the reason for the sexy avatars we have. However, in other media forms there are plenty of examples of sexual scenes, even entire works based around sex, seduction, eroticism, and lust. Has any scene in any game ever excited you? I can't think of any off the top of my head, but I could name check a lot of terrible scenes. Do you remember the classic “you know, a sex thing” line in Aliens : Colonial Marines. How about Heavy Rains “I barely know you and you are a wanted criminal and we have had no connection so far but lets have sex because this is deep” sex scene. And who can forget, ride to hell retributions “lets do lots of sex but only fully clothed sex”. A boner was had by none.

Early games were marketed at youngsters. The infamous Custer's revenge aside, perhaps developers thought we were too innocent for sex. And as curvaceous as she was Mrs PAC Man never did anything for me. The truth is that older games were a lot more surreal, and due to the lack of graphical capability, didn't attempt to create lifelike portrayals of people. And whilst I love the thought of Waluigi riding princess Peach all ways round the Mushroom Kingdom, I think that's probably an idea best kept for the dark corners of my mind, or at least the most gonzoid internet porn ever made.

Catherine is a game which deals with the moral consequences of infidelity. It may not go into substantial detail about sex, but it definitely treats it an adult act, and attempts to look into the psyche of someone who unhappy in their current relationship, who looks for sex elsewhere. It's surreal and the plot gets mixed up somewhere amongst sheep, serial killers and dream sequence puzzles, but at least mentions sex as something which happens. The protagonists are a bunch of guys sitting at the bar talking about sex and girls and relationships. The player gets asked moral questions about sex, love and relationships. It's nice to see something said, when most games are thoroughly sexless affairs.

Here is an Uber cliché when talking about censorship. We are completely fine with horrific representations of violence, but are shocked by any depiction of sex. And it does seem to me that games exemplify this. The hot coffee mod, for Grand Theft Auto was a huge point of concern when it was discovered, and created as much of an outcry as anything else in the game. A game which featured murder, crime, prostitution, and other much frowned upon activities. But it was sex that caused the outrage. Like I explained at the start of the article, I'm British and I understand all too well the embarrassment that's associated with the old carnal act, but it does seem ridiculous that we can be okay with homicide, burglary and other such unpleasantness, but let a few bodily substances scare us so much. Okay, I understand that it's not gamers themselves doing the complaining. It's never going to be us shouting Ban This Sick Filth. But could this kind of prejudice be what is stopping us from having realistic portrayals of sex in games?

I saw a film recently called 9 songs. It was a low budget indie film, which revolved around a couples relationship breaking up. It basically looked at 9 concerts that they went to, featured 9 strong sex scenes, and in all honesty not a lot else. It wasn't a spectacular film, but what it did do was to treat the audience with some respect and present sex as something which is a big part of a relationship. It did not do much to titillate the audience, and used sex scenes to tell the story as opposed to being there to tease or excite. In gaming sex is often a commodity that is brought, or a reward. Personally I love good video game character design, and if in a game like Dead or Alive, or Dragons Crown the makers want to show some ass and cleavage I'm great with that. With a little more thought and honesty about rude scenes in general, sex in games could begin to look less like two mannequins pretending to fuck each other.

Thanks for taking the time to read this blog. I hope you've enjoyed reading it as much as I've enjoyed perving on all sorts of bizarre google images to use with it. I'll be back next weekend with some more musings rantings and ramblings from Rowdy Rhod. Cheerio.