4:45 PM on 03.04.2011 (server time)    0
Hey, look! It's Rex, PI! It's taken me far too long to release this, but it's not the only Episode three that people have been waiting for... Since it's been so long, you can catch the previous episodes in this nifty little hidden blog! Also, since I named the main character after me, I figured that I might as well give other people from the blogs a part, too! There will be plenty of Cblogger cameos, so stay with the story! (I actually already put two people in episode 2 already.) Finally, I added something(s) to my banner! What do you guys think? And now, the show... 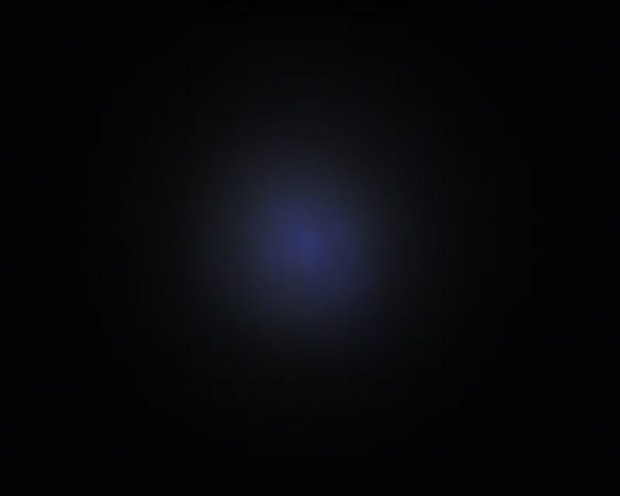 My vision faded, and I let my head fall limp to the floor. The next instant, something happened. You ever gone through puberty? Imagine that, but in a split second. Ghastly experience, and I hope it never happens again. However, I was somehow alive, and my wounds were healed. Stumbling around in my clumsy new form, I wondered what I would do. In my business, ya gotta be discreet, and a man with the height of an elephant does not fit that description. Fortunately, a wayward turtle bowled me over and turned me back to my original size. The only thing more worrying than that turtle is that after the day I had, I didn't bat an eye when that happened.

Back to my normal size, I took a closer look at my surroundings. I was in a dark place, surrounded by brickwork. Sewers? Judging by the pipes all around, I would say yes. But how would I get back to my office? I racked my brain for a minute, and then it hit me like every woman I've ever taken out on a date. (Hard and in the face, in case you were wondering) The pipes were the key. The two piantas had retreated through one, so who was to say that I couldn't use it, either? Having lost my bearings, I decided to use an old detective trick to figure out where I had come from: Eenie meenie minie moe. Having deduced the position of the tube that would take me home, I ran into the pipe...

And ended up surfacing in a toilet in the ladies' room at Hugh's diner. As the women fled shrieking from the facilities, I decided to play it cool, dust off my jacket, and step out to pay Hugh a visit and get some lunch. I must not have tidied myself up as well as I could have, 'cuz when Hugh saw me, he said, "That you, Rex? You look like shit." Sitting down at the counter, I replied, "I wish that that was the extent of it. You still make that lemon meringue pie?"

"No. I just wanted to tell you that I've always thought it was terrible. Whip me up your special and I'll get out of your hair."

No sooner was it said than done, and soon enough, I was chowing down on an amazing sandwich that arrived with a cthuloid cookie added free of charge- Hugh never sends anything out without one. While I was chowing down on said cookie, I realized something: Since the goons went after me for looking into the princess's disappearance, they would almost certainly be paying Mario a visit, too. I threw down my cookie and some money for the lunch, and rushed over to the hotel where he was staying, hoping that I wasn't too late.

I was too late. When I reached Mario's floor, I heard a single gunshot emenate from his room. Hearing footsteps coming towards his door, I seized the opportunity and heroically dove into the nearest trash can. I saw the piantas exit the room and head into the elevator, Andy leading and Matt waddling behind. Once I was sure that the two were gone, I leapt from my hiding spot and ran into Mario's room, praying that there was something that I could do to help.

When I entered, I viewed a sad scene: Mario was face down on the floor, and the room was trashed. As I reached for Mario's arm to check for a pulse, a white mushroom emblazoned with red hearts appeared above the body, and then disappeared in a flash not unlike that of a camera bulb. Once my vision returned to me, I viewed the man not lying on the floor, but sitting up and straightening his cap.

I decided not to question him about the subject, and moved on to the topic of the piantas.

"I was a-hoping that it wasn't this bad," Said the man who had many questions to answer. "I'm-a going to need to tell you. When you were a kid, did you ever hear the stories about-a-da creatures like the goombas, koopas, Lakitu, and more? Well, it's all-a-true. They live in the Mushroom-a Kingdom, and that's-a where we need to go. The pianta family hails from there, just like-a-me. The Koopa Klan is not a terrorist group a-named after these stories. They are-a-turtles. We need-a to go there now if-a we want to solve this case."

Shocked by this truth, I was barely paying attention as I went to my apartment and packed my bags. I met Mario at the hotel, and he led me into the street, where he proceeded to remove a manhole cover. I followed Mario into the sewers as he led me into a secret room sealed off by a hidden door. As I followed him into a pipe, the only thing in the room, I looked back at the door and saw the words "WELCOME TO WARP ZONE!" I contemplated these words, but only briefly, for when I reached my destination, I was blown away by what I saw.

The other end of the pipe was situated at the top of a hill, and while you may find that odd, it pales in comparison to the rest of the scenery. The landscape was beautiful and colorful. Giant mushrooms, hills with eyes, luscious greens, and the list could go even further! The only things more amazing than the land were the people: midgets with mushroom hats, though I wouldn't put it past them if they weren't hats, bipedal turtles, squat figures with robes and masks, and more turtles, these ones riding upon clouds with faces. A weaker man would have reacted in a much worse way, but I simply fainted and awoke with trousers much more damp than I had left them.

After recovering from the shock of the landscape, I realized that Mario said that the piantas were based in the Kingdom. Upon inquiry into what he would do, Mario told me that he had a friend named Bow who could help him hide for a while. Just before leaving, he gave me the address of a hotel where I could stay, and slipped me a piece of paper, telling me "It's-a the address and time of a party. At that party, you can-a find a friend of mine. He's got connections, and I've-a given a description of him. I'm-a counting on you!"

With that, he ran off into a nearby forest, leaving me alone with little more than a few pieces of paper, a sack of coins, and a mission.