11:58 PM on 04.14.2011 (server time)    0
[Yeah, sorry about not posting this. I�ve been busy. Very busy. Anyway, this is the fifth installment of RandomWolf and� I have no idea what fifth installments are supposed to mean. Let�s get on to the ramble.

Yet another addition of random rambling
Or, letting my mind wander on too long of a leash

Super Metroid is a marvelous game. I downloaded it on... Friday, I believe? ...and I've been playing the hell out of it. The amount of awesome that the game throws at you is impressive. A definite highlight is using the speed boost in conjunction with a ramp to literally fly across a room. One thing that many people talk about is atmosphere. The game definitely has that. One thing I love is how it constantly kept me on my toes at the beginning. Want to get a morph ball and missiles by revisiting a place from the original? Fine, but now our planet is suddenly alive and full of lightning-shooting robot mantises. Want some bombs? Well, this Chozo statue is going to fight you for them.

Now, we must get to another point: The game kinda scares me. I was fine until the battle with Crocomire (shown above). After losing a few times, I finally figured out the strategy, and was rewarded by the image of Crocomire's flesh melting away as it screamed in agony. Let me just say that I'm glad I never played it as a child. After that, other than a small scare from Crocomire's skeleton (did I say small? I meant large), I advance undaunted. Until the wrecked ship. Upon entry, it feels eerie, but not overly so. I move into the save station. Hm. It doesn't wor- HOLY SHIT WHAT IS THAT?!?! Yes. A floating ghost orb formed of rotting skulls. Luckily, I died, which was a perfect excuse to go play Super Mario RPG instead. I am a wuss.

The Stranger is Dead
Or, music! Yippee! 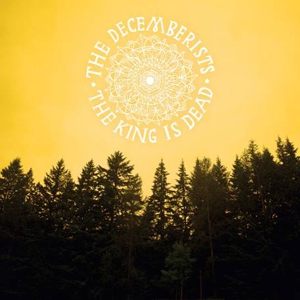 So, my first album of the post is "The Stranger," a fabulous record by the talented Billy Joel. Funnily enough, Law suggested I download a few BJ (damn! I told myself I would stop using those initials!) songs, The Stranger being one of them. Somehow, the entire album was on my computer without my knowledge. At first, I disliked some of the slower songs, but after many re-listenings, I realized that it was because I was simply in an overenergetic caffiene-fueled frenzy at the time. While short, this album is not lacking in any way, with a great volume of awesome packed into nine songs. Movin' Out (Anthony's Song) is a marvelous opening, and when it is followed by the eponymous track, they form a nigh unbeatable pair of amazing songs. Scenes From An Italian Restaurant and Only the Good Die Young are also two great tracks.
Rex rating: It's Billy Joel! Of course it's amazing!

Now, there is also a story behind this album, too. Apparently, somebody that my brother and I know is The Decemberists' manager. Since I had heard of them on occasion, I decided to download their newest album. Apparently containing much more country than their other music (which I have yet to hear/download), "The King is Dead" is quite the entertaining record. A few tracks that I consider the cream of the crop (or at least the ones I like the most) are "Rox in the Box," "Down by the Water," and "This is why We Fight." Also, death seems to be mentioned pret-ty often in the lyrics. Rex Rating: Great!

MiniMusings
Or, stuff not big enough for its own category

So, I recently had a third Dtoider invade my dreams. The first two were Law (We met, he was cool, the plot turned video game-y) and HandsomeBeast. (He was a slight dick and we fought it out Street-fighter style) This time, in only a small cameo via text message, it appeared that Talia was both in trouble with the law, and part of an underground fighting/boxing ring. My dreams are an odd place.

Watching Code Monkeys on Netflix, I can say that it's... alright. It is successful in making a TV show/retro game hybrid, but a lot of its humor doesn't appeal to me. Although, I caught some Retro City Ransom and Mega Man in some of the actions of the characters' sprites, which makes me happy.

I couldn't retrofit it into my paragraph about SFIV3D, but I tryed out C. Viper earlier today, and I like her. She's got an interesting style (With easy to pull off moves! Yay!).

Sunday was my birthday, and I was planning on having this post ready by then for a big birthday blowout, but things fell through. However, I did get enough cash to finance the purchases of my next few must-have 3DS games!

I made this in about twenty minutes when I was bored.

I'm hopefully going to get Rex, PI #4 up by next Friday. I'm also planning a super-secret blog that requires me to finish a certain game...

So, I'm not recapping the post this time because I'm tired and want some sleep!

GOOD NIGHT!
#Community    #Rants
Login to vote this up!