RandomWolf2 may replace Shoot the Breeze in the blog roll...

We are now at the fourth installment of this decrepit and self-deprecational series! After the success of the previous three titles, we�ve started to run out of ideas, so we�re going to add pointless gimmicks, shoehorn in a multiplayer mode, and just do a general fucking-up of the overarching plot. If we�re going by the book, now is the part where I segue into�

My insane thought train
Or, some sexy good times

So, I bought Ghost Trick on Saturday, and I am LOVING it! I had received nothing but recommendations, so it took me long enough to get it. I soon discovered that I should not have spent so much time dragging my feet. The opening, while a bit heavy on the tutorial, was still pretty well done, and it was just amazing for the "teacher" to be a possessed desk lamp. Three chapters in, the game is still a bit easy, but I don't care, because not only do I love how the gameplay is handled, but I also adore many other things. The graphics are colorful, vibrant, and unique. Doesn't hurt that they're just all-around good, too. The characters are all great, with each individual standing out as a memorable individual. My two favorites so far are definitely the fabulous Inspector Cabanela (dancing his way through life!) and (SQUEEEEE!!!) Missile the Pomeranian. Missile is just too damn adorable, and it doesn't help that his dialog and actions are hilarious, too! The bottom line: BUY GHOST TRICK!

(Not) OK Headphones
Or, I only have one album this time 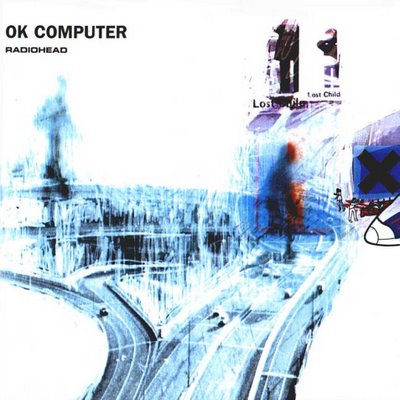 Now it is time for another installment of "Something I'm listening to because of Law and something else." This time, I'm here to chat about OK Computer, an album that was recommended to me as a "masterpiece." So, is it a masterpiece? Don't ever ask me questions like that, because I am horrible at rating things and placing them into categories. What I can say is that I enjoyed the album immensely. Radiohead was becoming a new favorite of mine after downloading The Bends, and this album is only working to exacerbate the situation. All of the songs are distinct, and each one has its own charm. I am 90% sure that I had heard the opening instrumentals of No Surprises somewhere else before. Also, whenever Fitter Happier comes on, whatever I'm doing grinds to a crawl in an eerily disturbing fashion until the track (I don't really know if I can call it a song) ends. Don't get me wrong, though. I think it's pretty damn brilliant (and creepy). So, a few songs that stood out for me are No Surprises, Exit Music (For A Film), and Fitter Happier.
Rex Rating: I dunno, but it's a helluva lot better than OK! (Also, if you check under your seats, you will each find a rotten tomato for flinging purposes)

So, just today, the left earbud of my beloved red/black Skullcandy Ink'd earbuds gave out, and that makes me a sad panda... I then proceeded to open my reserve earbuds, a pair of black smokin buds unfortunately, I became an even sadder panda... Compared to the Ink'd buds that I had been using for over a year (multiple pairs), the sound quality was not very good, and I also liked the colors, design, and lower price of my previous pair much more than this one. Next time I get a pair, I'm switching back to Ink'd. Do any of you guys know of any other earbuds that provide pretty good quality for a price of less than 25 dollars? If so, I'd love to hear about 'em.

So, in review: My mind is still a scary place, I enjoy Netflix movies, I forgive Futurama for ignoring the butterfly effect, my name is Rex and I am a chat addict, I ADORE Ghost Trick (and Missile!), I had fun with OK Computer, not as much with my new earbuds, and I love you, you love me...