Interviews: They're trickier than they look

After reading Elsa�s fantastic interview with Chester the Skeleton, I decided to get an interview of my own. I sent out emails to plenty of different guys, hoping that, maybe if I was lucky, I�d get an interview with Carlos the Rat. Then, when I had given up all hope of getting a reply from anybody, I found a message in my inbox containing nothing but sheet music for a short minuet. I rushed over to my piano and played the tune, and once I had released the last key, a shining green light enveloped me and I blacked out. 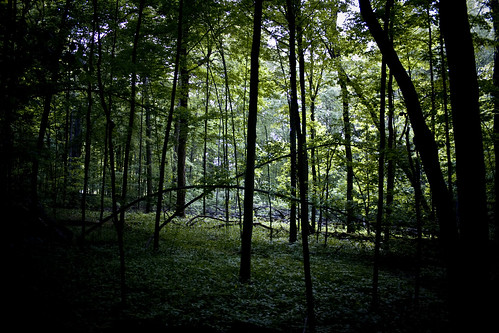 When I woke up, I found myself in a clearing in a forest, near what appeared to be the ruins of some sort of temple. Somehow, my piano was still with me. I swatted a mosquito, and, to my surprise, it died in a puff of smoke and left behind a floating red heart. I looked up into the sky, I saw a similar flock of glowing green lights coming towards me, and when they touched down, they formed the shape of a green-clothed young man. I welcomed him, and began my interview. 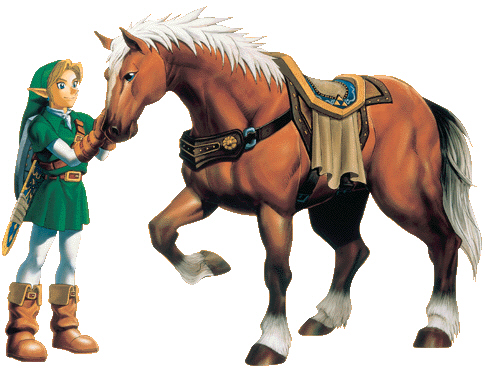 Pictured: The hero and his horse

You must be Mr. Link, is that right?
nods

I see, but what if your name was �idiot?� Then, when people talk to you, they would be calling you dumb!
Navi: Hey!
Stay out of this, fairy. If I wanted to interview you, I would have sent you an email.

Now, Idiot, what is it like to be the Hero of Time?
silence

I admit, maybe that question was a bit too vague. More specifically, how do you balance heroics and leisure activities? I know that Ganondorf is busy killing and ruling, but sometimes it would be pretty nice to just go fishing for a few days or run after some chickens- excuse me, cuccos, right?
(nods)

Quite the chatty Cathy, aren�t you?
(silence)

Okay, I admit that that joke was pretty lame. So, if you had a personal saying, what would it be?
HYAAAA!

I see� Oh, there�s one thing I�ve always wondered: Are all of the separate Links different reincarnations of you, or are they simply unrelated heroic young men that all happen to dress alike?
(Thinks for a while)
nods

Wait, I don't understand: which one is it? The first choice, or the second one?
nods

Okay, thank you for your time sir. By any chance, would you know how I can get back home?

At this point, Idiot motions to the piano, and so I slide off of the bench to give him room. He plays a tune that I instantly recognize as the Song of Time, and the next thing I know, I am back at my computer with my clipboard. I take a look at my mail, and find the message that Link had sent me- unread. I delete the message, realizing that Link must have sent me back in time to before any of the troubling interview began. As I tried to comprehend this situation and what it meant for the laws of physics, I realized something:

My piano is gone.

Thank you for your time, and even though we had fun, there is a valid point to this interview: Don't give Link a stupid name! Even though it may seem funny at first, it really isn't. Name him after yourself, a friend, or, hell, just name him Link! But DON'T TRY TO BE FUNNY.

All of the above goes for Pokemon, too.