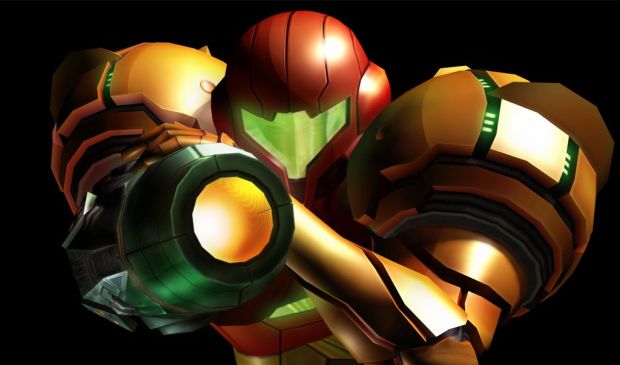 Well, I can�t say very much about Metroid Prime, seeing as I only just started playing earlier today, but I am enjoying it greatly. I normally stink at FPSes, so I was overjoyed when I realized that I barely need to aim in this game! Right from the start, I could feel the isolation, and the graphics aren�t bad at all for an early GameCube game. I love the scanning visor; learning about enemies, surroundings, and backstory through the device is right up my alley. However, at first I overused it a slight bit, entering a room several times and immediately scanning without looking for enemies. Great game!

Well, there isn�t much to say about these, but I have already bought Cave Story and A Link to the Past with my first one, so I will talk about those. I also plan on buying DKC2, Super Mario World, River City Ransom (Thanks for the recommendation, Occams!), and something Bit.Trip (maybe Runner) later, with room for something else to buy.

This may quite possibly be my favorite game that I got for Christmas, to the point of diluting the favor of the other games I received or purchased. I played the demo far too many times than was good for me, and due to that, and Tweeting with Law (I�m dropping names all over the place!), Cave Story was the first game I downloaded. To begin, the graphics and music are great, old and new, and the gameplay is tight as hell, with great controls and awesome guns (example: Tier 3 of the bubble gun shoots out a cloud of bubbles that flock around you, and when they pop, they shoot out fucking lightning bolts, man!) with a great leveling up system. Due to Law�s (I did it again!) advice, I made sure not to learn anything of the story ahead of time, and I am enthralled with the narrative, seeing pieces come together one by one, and finding out astonishing secrets! Also, around Christmastime, the protagonist puts on a festive palette swap. I got sick of it today and changed the date on my Wii.

Linking to the Past

Whew. I�m a bit talked out now, but I�ll try to keep it together for this last one. Don�t tell anybody, but I�m a bit of a Zelda fan, so this game was automatically a top pick for me. The graphics are great, the music is fantastic, and the gameplay is solid. It�s really fun to just roam around Hyrule, picking fights and finding secrets with complete freedom, finding my way through the story by working at it, instead of being explicitly told what to do at each corner. Also, it�s a bit harder than most other Zelda games that I�ve played, and when that is added to my incompetence, it equals many, many deaths. However, once a difficult trial is past me, it�s even more satisfying than if I had gotten it right away. My defeat of Lanmola, who I had perished against many times, was met with a stream of steady �fuck yeah�s and �what now, bitch�es. Hey, I�m easily excited.

Well, there you have it, my Christmas haul. What did you folks get for the holidays?
#Community    #Wii
Login to vote this up!