Playing as god is fun sometimes. 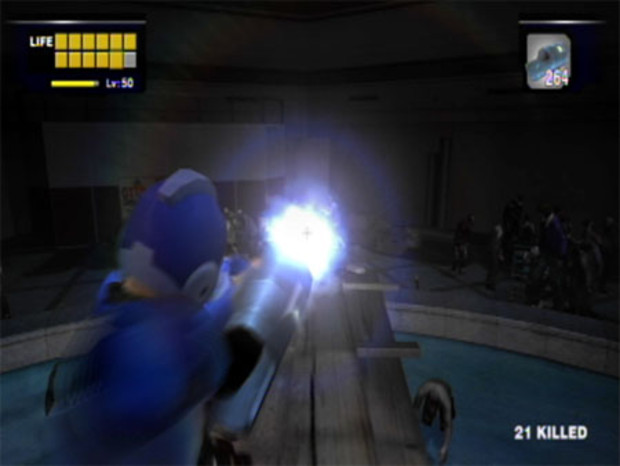 While my heart still has a place for Battletoads and [i[Shin Megami Tensei, there is something to be said about an easy trip through a handful of levels just walking from one side to the next beating the hell out of anything in front of you. I've a stack of Shin Megami titles that sit unresolved, waiting for me to find the time to finish them. Battletoads nearly broke me as a man, but I beat it. However, I still consider the Super Nintendo game Battletoads in Battlemaniacs, unbeatable. I've watched you tube videos that I don't believe are real. The jetbike level is hell, the snake level is worse, and the level after, with buzz saws, is unbeatable.

A few weeks ago, I got invited to play that remake of Turtles in Time, the one that I love and everybody else hates on Xbox Live Arcade. We set the game to easy and blitz through it, to the point where even Super Shredder was little to no threat. I then set the game to hardest difficulty, where myself and a friend made it several levels in before one of us ran out of lives and the other lasted until the stupid alligator boss on a train took his last life. It was at this moment, that I really knew which way of playing was more satisfying.

Yet, we still discussed starting over and finishing the game on hardest at a later date.

All said, I plan to spend tonight playing Persona 4 and tomorrow playing Catherine on hard.

[This was written months ago. Why did I never publish it?]

That movie Ricki-Oh has nothing to do with anything, other than being a ripoff of Fist of the North Star, but is still pretty fucking awesome. I almost put a picture in here of that movie, but a picture is nothing compared to a video. I found a review I wrote for "fun" movies, as well as stuff about Grim Grimoire that I've not published yet. So yeah, look for me to publish those things.
#ShareonCommunityBlogs
Login to vote this up!