Wii U Shortblog: Shut the f*** up about the controller 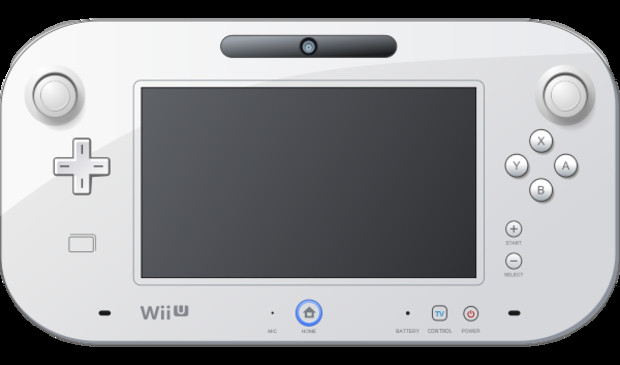 Recently, a story went up on the front page of Destructoid about Bioshock Infinite coming to the Wii U. The information ended up being false, but that didn't stop all the ignorant, Nintendo-did-something-to-personally-hurt-me commenters from coming out of the woodwork. Once again, like clockwork, the SAME PEOPLE came out to complain about the Wii U's GamePad (or tablet) controller. "Waah, touchscreen! Waah, 'last-gen'! Waah, third-party games shouldn't be on Nintendo systems!"

SHUT THE FUCK UP, FOR THE LOVE OF EVERYTHING GOOD IN THE WORLD.

This controller thing is getting ridiculous. There are five -- FIVE -- control schemes that the Wii U will support out of the box: Wii U GamePad (which comes with EVERY SYSTEM), Wii U GamePad without touchscreen use, Wii U Pro Controller, Wii Classic Controller, and Wii Remote+Nunchuk. The Wii U supports more control schemes than ANY OTHER GAMING PLATFORM that we've ever had, and Nintendo has obviously gone to great lengths just to make third-party games more playable on their newest console. Yet people still love to ignore the fact that anything BUT the touchscreen exists, just to purposely make sure Nintendo looks bad.

The Wii U has brought out the most ignorant, short-sighted, hateful people I've ever seen in the gaming community, and that's saying a whole hell of a lot. If a game ends up coming out for the Wii U (or ANY platform, for that matter), and you don't like the controls, blame the developer, not Nintendo. Nintendo has set everything up to offer more control freedom than any system before it, and yet people still love to say Nintendo systems are just gimmicks. The Pro Controller looks an awful lot like a 360/PS3 controller to me, and it seemingly functions just like one, as well. The Wii Remote+Nunchuk and original Classic Controller have been available for years already, and they're dirt cheap. The control schemes are there, but people who want to make Nintendo look bad (because they think any of these gaming companies actually give a shit about them on the individual level) love to just foolishly assume that the GamePad will be the ONLY controller available on the Wii U. If you don't like the GamePad for third-party games, chances are you won't have to use it. Yet everyone keeps forcing the idea down peoples' throats, even more than Nintendo ever would.

Knock it the hell off.
#ShareonCommunityBlogs
Login to vote this up!