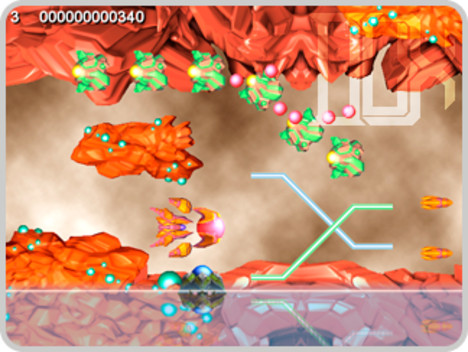 Well, let's take a look at one of the stages:

It's still in development so there are no sound effects (at least, I hope that's the reason for the missing PEW PEW noises). It's also a little hard to tell from the video, but the level is actually inside a cave.

For more information, videos, music, and screenshots, check out the developer's blog. They have enemy and boss lists, as well as a lot of other information about the game (thought the English is a bit broken).

My initial impression of this game is that while it's not going to be anything spectacular, I salute the effort of the independent developers in bringing us new games for a deserving system such as Dreamcast. It would be interesting if Destructoid could contact the team and maybe get a copy to play and review. What do you guys think?
#Community    #Retro
Login to vote this up!