Zelda Week: I guess this is growing up.

11:22 PM on 11.18.2011 (server time)    0
The Legend Of Zelda series, despite its legacy and considerable fanbase, seems to have developed two primary camps of decriers as the years have rolled on and the series has continued. There are those out there who would have you believe that every Zelda game is just a rehash of the last game, and opposite them, there are those who cry foul whenever a Zelda deviates from that homogeneity to any great degree. I see some validity in both sides' points, but at the same time, I'm dismayed that they both focus primarily on the whole "put on a green shirt, beat the badguy, save the girl," plot as the core element.

For me, the games are still takes on the same basic theme, but your stock hero's quest is not the undercurrent I see reiterating most every time. Rather, the Zelda games read pretty well as metaphors for coming-of-age and other life lessons, and the more major changes and retweaks that happen every few titles are implemented, in part, because advances in technology and storytelling potential as gaming systems evolve allow for, if not demand, overhauls of how to tell such a tale.

Spoilers to be had from here on out, so if for some strange reason, you haven't played certain Zelda games and wish to remain pure, either stop reading, or at least look for the game titles at the beginning of each paragraph so you can scroll on past. 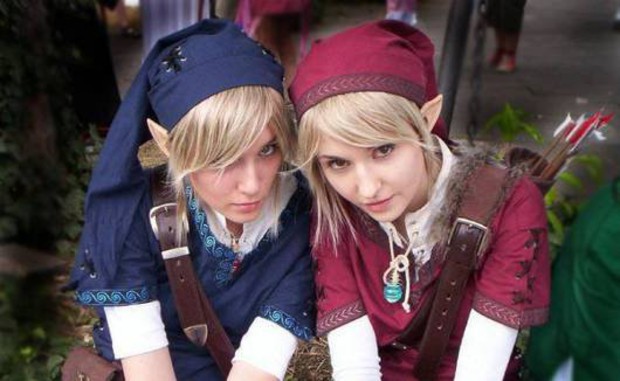 So get out there, play more Zelda, whether or not you pick up Skyward Sword, and rest assured that if I ever have offspring, I'm going to sit down with them and have them play at least a few games in the series when that time in their lives comes where things start getting really confusing. The legend is just that timeless.

PS - I completely blame Marin, Malon, and Midna for perpetuating my thing for redheads. Just try and tell me those aren't good reasons.
#OpinionEditorial
Login to vote this up!