11:53 AM on 03.06.2012 (server time)    0
The recent kerfluffle over the discovery of locked-away content on the Xbox 360 version of Street Fighter X Tekken has re-animated the debate over how far is too far when it comes to on-disc DLC.
Previously called into question by games like Gears Of War 3's weapon skins and Beautiful Katamari's "pay the rest of the full game price later to get the rest of the game" scheme, on-disc and day-one downloads are becoming more and more prevalent, despite being called out time and time again for being cash-grabs that are unfair to their consumers. 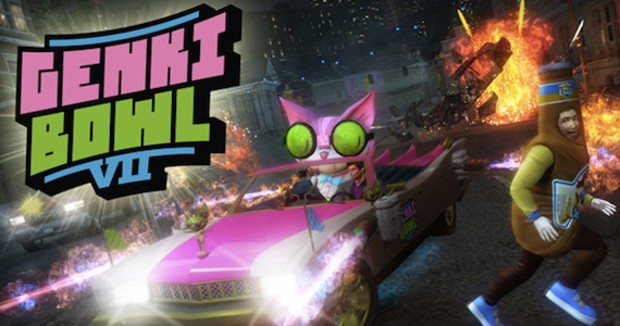 Debate over whether THQ withheld content from the game proper to use as DLC mission packs later on aside, players who pre-ordered the game from THQ directly were entitled to an extra season pass for the first few mission DLC packs, completely free. GameStop also offerred the pass, to pre-orders and early, post-release purchasers alike, at a reasonable discount from buying the packs individually, but what I'm saying is that these sorts of passes should be the new online pass.

Not only does it reward early adopters rather than punishing them, but it also gives companies a little more leeway when it comes to their development cycles. If more resources need to be pushed to the main game's content in order to get it out the door on time, side missions and extra modes that are in partial development don't have to be completely cut; just leave some of the resources that are finished on disc, polish the core product, and having that free pass to the first few add-ons buys you some extra time to finish what you couldn't quite get to finishing. Someone finds that partial content on the disc before the DLC packs are officially announced? It's a lot easier to say, "Yeah, we couldn't get that done in time, it's incomplete and the dlc pack you get for free if you buy the game new finishes/employs it," than, "Yeah, we're going to make you pay for all that soon enough."

Granted, some publishers and/or developers are bound to take such a thing as a free pass to slack off a bit, but even a few outlets using such methods in a more legit fashion would clear the stormy skies over the matter of on-disc dlc quite a bit.

So there you go, just throwing some ideas out there. In a world where almost every other industry on Earth has figured out serving their customers goes a much longer way towards making money than screwing said customers over, it's some sort of twisted miracle that the gaming industry still manages to stand on such abusive, short-sighted practices.
#ShareonCommunityBlogs
Login to vote this up!