Integration: A Place For Everything

11:31 PM on 10.16.2011 (server time)    0
The evolution of gaming consoles from chunky plastic boxes that often involved focused breathing-into in order to get them to function to curvy plastic boxes, twice the size of their predecessors, that occasionally need to be wrapped in towels to enable functionality, has been pretty incredible. With online access, downlowadable applications, and media playback pretty much standard anymore (unless you're Nintendo), consoles have come a long way in regards to catching up to a PC's versatility. At the same time, this headlong rush towards "progress" and "parity" may be starting to drift a bit from a console's primary intent, as a platform upon which to play games. 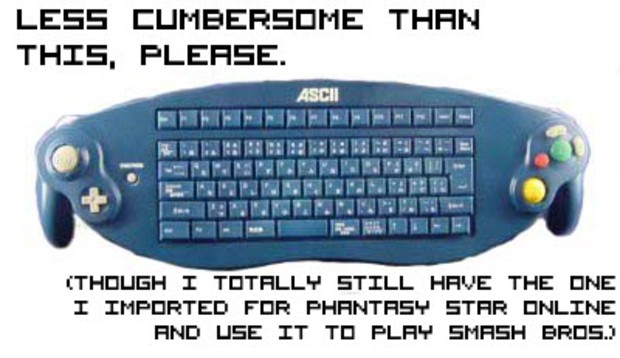 While there's still plenty of room for critical analysis and refinement in some realms, such as making text input on consoles either easier or more readily available (through things like text-to-speech, bundles with keyboards/chatpads included, or lower prices on such accessories), the shift of consoles toward a more well-rounded, computer-esque role in the home seems to be a mostly good thing. I just hope that, along the way, developers and producers consider more deeply the potential for intermingling game and non-game applications (throwing Trophies on your Facebook page had best be a baby-step), and keep in mind some of the key reasons consumers turn to consoles in the first place. If video gaming devices are going to remain the option of choice for those looking for something that will play games consistently for several years, on an even remotely competeitive level with upgradable, ever-changing PCs, cluttering save space with software and wasting processor power on other tasks that could be put towards bigger, faster, and otherwise better games are caveats that need to be avoided.
#OpinionEditorial
Login to vote this up!