Every Journey Begins With A Single Step 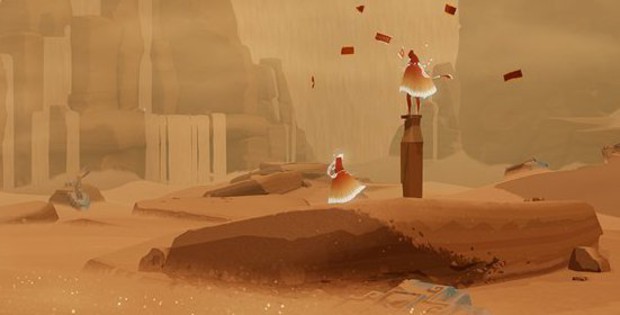 Also, no screenshots can fully portray just how beautiful the game is; for just a desert, thatgamecompany did an amazing job of stylizing sand physics, building an environment that feels natural to interact with without feeling too obvious, and even being reasonably subtle about establishing some borders to the environment; rather than straight up invisible walls that keep you from wandering too far, strong desert winds redirect you should you be heading off a bit too far into oblivion.

If there are still codes floating around somewhere, I highly suggest anyone with a PS3 and an appreciation for atmosphere give it a shot. To be honest, three areas were more than enough to sell me on the final version.
#ShareonCommunityBlogs
Login to vote this up!