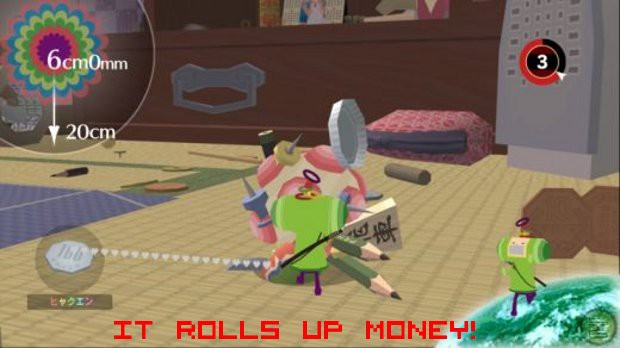 Even more sinister, and seemingly popular with Namco Bandai, is the pay-to-unlock strategy, wherein the customer pays money to download a file that opens up content already available on the game disc. The earliest example I can recall, at least in this generation, were the extra level packs in Beautiful Katamari. Sure, the game itself was initially retailed at a relative bargain price, but paying for the keys to unlock the full game ended up costing a bit more than a $60, fully unlocked title would have set you back. Another affront, again by Namco, was the "console exclusive" Star Wars character nonsense in Soul Calibur IV. It worked with Soul Calibur II, given the actual exclusivity of Link, Heihachi, and Spawn to their respective console versions, but merely waiting to charge people for a character that obviously had a roster slot, and therefore data already on the game disc, was completely untoward. It's fine to offer a lazy way out for those who don't want to spend time unlocking modes and characters through legitimate gameplay, but making paying extra the only way to acquire disc-bound content is an insult.

Thankfully, these less than savory tactics seem to be on the decline, as more reviewers and players call the culprits out on such shenanigans. More and more companies are putting out well-conceived, thoroughly developed expansions for their titles, and certain developers are toying with the idea of more persistent content that works with multiple titles, such as the downloadable and exportable songs for the Rock Band series and more recent iterations of Guitar/Band/whatever Hero. Things are looking bright in the realm of downloadable content, and while digital distribution may be much closer a reality for PCs, digital extension seems to be doing a great job overall of bridging the gap between physical and digital media for consoles.

In all honesty, getting to force choke Xianghua was almost worth the money. Almost.
#Commentary    #Community
Login to vote this up!