4:16 PM on 11.03.2012 (server time)    0
Telltale Games has been killing it, more and more so, with their point-and-click adventures over the years. Their takes on the Sam & Max and Monkey Island franchises have managed to stay true to the source material laid down in their original iterations, and their takes on licensed material such as Back To The Future and Jurassic Park have done some interesting things, some better than others. It's Telltale's latest darling, however, The Walking Dead, that seems to be turning more heads their way than ever.

The Walking Dead, as an episodic series, has been praised for a great many things, from its realistic and admirable portrayal of children, to its implementation of player choice in the story's progress, and should, arguably, be held as a benchmark for characterization in many respects. At the same time, there are some drawbacks, like unexplained bits of character background and occasionally disjointed jumps from character studies into heavily action-focused sequences, that can nag as one works their way through the game. Most of these, I've personally written off as simple drawbacks of the time constraints and central plot goals of such an episodic format. In the wake of my recent analysis of Home, however, I'm beginning to wonder if some things weren't omitted for the sake of letting the players' mind fill in the blanks. 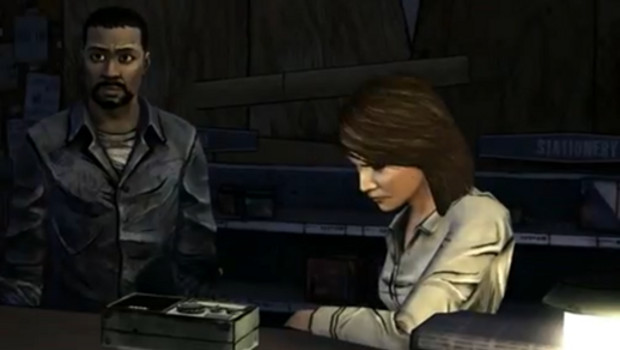 Lee and Carley had been through a lot together, and whether or not I'd intended to initially, I'd given Carley reasons to be fond of me, and she'd had my back just as much the entire time. For whatever reasons, be they the ones I've inferred personally or something else off the books, Lilly saw fit to destroy that when it'd barely had a chance to even bud, and because of that, I was more than eager to destroy her. Not that I begrudge Telltale for any of it, mind you. Rather, I applaud their choices' ability to get such a rise out of me, and their writers' success in both developing a such a relationship that felt reasonable within the context they'd provided and their willingness to abort it for the sake of storytelling, rather than floating, even for a little while, the possibility that such a bleak future could even hope to have a Happily Ever After.

I would've liked to have had a little more time to see Carley and Lee grow together, though doing so could easily have made her demise even more poignant at best, or a cheap, obvious go-to dramatic trope at worst, but The Walking Dead handled this pretty well. The morals of the story, I'd say, are that all bets are off regardless of how close or not close you are with your associates in a zombie apocalypse, and anyone named Ben should be thrown off a bridge as soon as possible.
Login to vote this up!