6:50 PM on 03.24.2010 (server time)    0
The US government has made it clear that healthcare in this country's gotta change, and how. Jim Sterling already provided some insight into what may be in store with the recently-passed legislation, through the filter of video games, but I'm here to remind you all that what we're getting away from could have been much, much worse.

If art truly does imitate life, you can be glad your life isn't one of the ones imitated by these examples, some of the worst takes on healthcare featured in games.

The Legend Of Zelda series 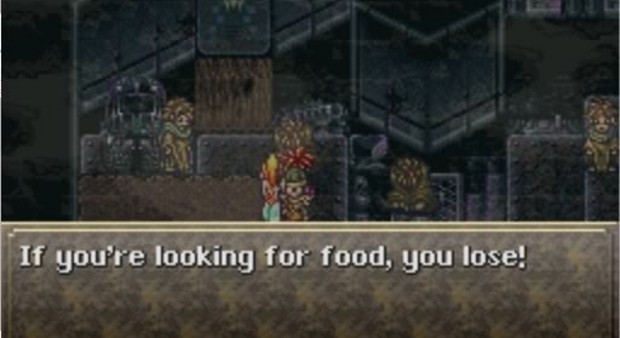 290 years from now, the Earth will lie in ruins. Arable land will be a rarity, and never outdoors. Starvation will run rampant, but humankind shall live on, thanks to the scientific wonder that is the Enerton. A self-contained, one-person pod, this miracle device can cure what ails you and leave you well-rested in a matter of seconds, but will do nothing for an empty stomach.

Research apparently got poured into this, sentient robotics, and little else between the year 1000 AD and the future. Instead of looking into ways to heal the planet, restore it to its former viability, and lift both the literal miasma and the fog of despair from its inhabitants.

Thanks, you idiots. Even Star Trek managed to conjure up food replicators when they started to get all fancy with their "stardate" crap. This is just as bad an idea as deciding to live on coffee and energy drinks forever rather than stopping to sleep every night. No wonder Lavos was left unmolested for the entire history of Man. Be glad you get dinner and dreams every evening.
#Community
Login to vote this up!