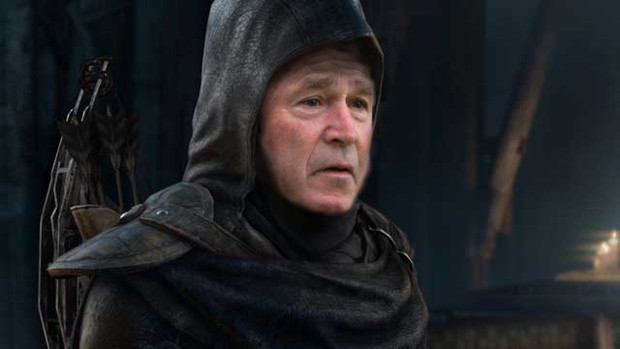 ... well, everything really. Something about taking one of the pioneer franchises of stealth and giving it to a greedy developer that doesn't share the investment of the original creators spelled disaster. Won't say who, but let's just say they aren't circular. And there is one problem area in specific, but first! a little background on me and this game. I have zero (0) experience with this series before buying the reboot. Despite being told of how great the old games were, that interest never materialized... until, regrettably to the fans, today when I bought this game. As for the stealth genre, well I'm pretty bad at these games. Dishonored and MGS come to mind and rough times were had playing them. But I respect the genre since it's a fairly unique flavor of gameplay we don't see too often in our shooty browny industry. This drove my interest and that drove me to make the buy.

Well what are the complaints, I have shit to do nanashi! Hold on. I want to link these two videos (below), watch whenever you want to but they sum up, rather critically, everything that is wrong with this reboot. They talk about issues like enemy AI, voice acting, plot points, GUI, what the developer could've done, and pretty much the rest. All but one thing: Navigation. Maybe I'm right and Yahtzee hasn't been on point since late 2011 or so OR first person stealth games are supposed to be hard to navigate. Let's start with a lazy analogy: the level design in Thi4f gave me the feeling of being in a large room full of boxes randomly spread out and piled on top of one another arbitrarily.

I realized partway through writing this, how stupid I must sound to some. One of the biggest complaints about Thief was that they made it linear where the original Thiefs allowed for exploration. Me complaining about the game being too difficult to get through is going to get called out. So let me clarify: I know it's linear (which sucks, points of no returns, loading times, etc.) the problem is in the simple task of opening Map and saying "Go here Garret!" Then thirty minutes and much hair pulling later and I still can't figure out how to get to the damn balcony to reach the loading screen, where the Inn lies, etc. And I have wasted many good hours trying to get places. It's linear, and that blows, but the more open world areas were designed so badly. Basically, in between the chapters in which getting around is hand holding levels of easy, you have to GET to the chapter start point. Those, as well as other times of exploration, are the hard to navigate parts. The parts that feel like a box factory.

Let's examine some maps, shall we? Though not the best example you can sort of see the dead ended-ness I encountered in this map taken from Thief. The maps in this game look like Escher's Relativity but with hallways/corridors instead of stairs. Oh and most of them lead to dead ends. That's what all those lines and squares in the middle of said hallways are, deadflippingends. In case the point isn't getting across, likely because a barrier has blocked my way to you, here's the flow chart for trying to reach a place in this game: Ok I've come to a stop because my waypoint is on the second floor balcony and I need to get into that window. Let's see here... no ladder to the balcony. No shoot the rope arrow into the hanging board mechanic to get me up there. No boxes stacked up anywhere. Let's try both of these adjacent alleys. First one has a vent shaft that leads upwards, oh boy that must be it! Oh never mind I ended up in the wrong area. How about that other alleyway? Cool, a climable ledge, this'll likely get me up where I'm headed. Not a chance. It gets you close, but there's no way to jump from this ledge to the 2nd floor balcony. Shame I can't fly.

Yeah that's the gist of it. Oh and all of this with other nuisances acting on your nerves. There are asshole guards walking around ready to bludgeon you. Also the climbing mechanics are definitely not tight. Lots of times you try to climb a ledge and perch yourself atop like a brilliant bird but the game throws you down the other side of that wall. Thanks for making the decision for me Thief and putting me in a position where I CAN'T GO BACK the same way.

The controls in general ask for some adaptation. I couldn't seem to get used to the button mapping on the dualshock 4 and found myself frustrated. Often times I was anticipating crouching more because I'd hit the circle button instead of R3. A lot of times buttons need to be Adam West'd to do the damn function.

Here is one more map. It comes from a fan of the original franchise and he/she presents a good comparison between the old Thiefs' more open maps and the new Thief's linearity.

And before this wraps up, I will conclude with this: I am so sick and TIRED of Heavy Rain-syndrome in video games. -opens the not so urban dictionary- AHEM.

HEAVY RAIN-SYNDROME: THE ACT OF COUGHING, FOLLOWED BY FAINTING/BLACK OUTS DESPITE ANY PRIOR EXPLAINED AILMENTS. VERY COMMON IN GAMES THAT AWKWARDLY TRY TO CREATE TENSION, THOUGH IT MAY HAVE BEEN DONE WEILL ONCE.


for the relevant part http://youtu.be/dP30WYgYiUI?t=1m51s

In addition to being high in humor and satiric in nature, what happens to Shaun of Mega 64 in this video is essentially what goes wrong when a developer tries to insert this desperate attempt at making shit serious. It just ends up looking silly because it is forced, especially if the gamer becomes aware of it, then it might as well be happening in the middle of the day, in a crowded public place. Woah, that got a bit too ranty and quite tangential. This was brought up because -- sans spoilers -- at one point it happens to Garrett despite the fact that he's perfectly healthy enough to climb buildings and ropes, and I kid you not it gets dropped entirely, after happening once. Dramatic fail.

So... what now nanashi? -deep sigh- In these series' posts I try to recommend the game despite complaining about it for give or take a thousand words in an attempt to amuse myself, and hopefully one other person. But this game doesn't get a recommendation. It's just too broken down, I got it discounted and still feel jipped.

Fans of Thief (prior to 2014) should definitely not play it. People that like stealth games probably have better things to play. I've heard that not playing the original games allows you to still enjoy it. I came into this train wreck with that mind and halfway through this notion went flaccid. DON'T PLAY IT. Seriously, let your not money convey the message that taking a game franchise as important and cherished as this one for a reboot ought to be approached with care.

Thanks for reading this scrappy attempt at a cblog series. Join me next time, when I complain about.... Difficulty Curves!