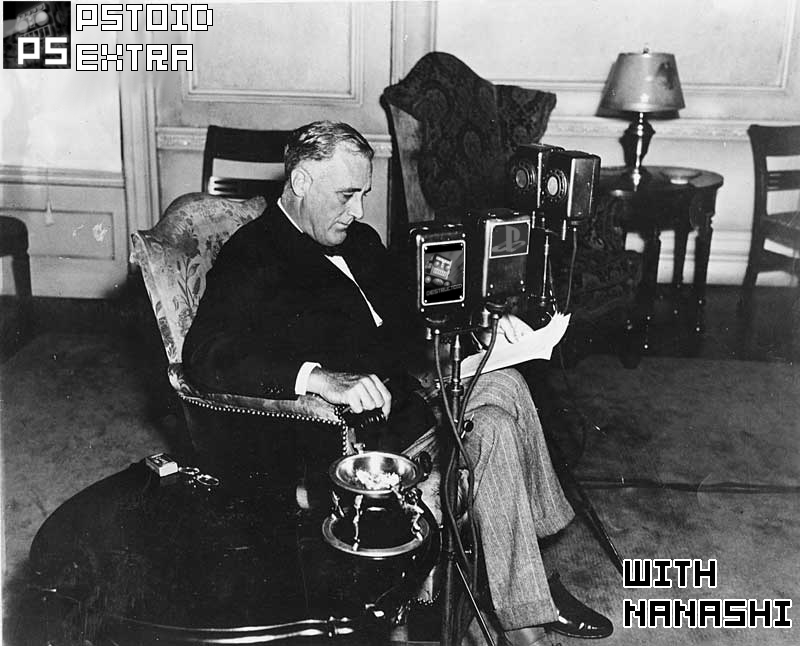 I have decided to take on an added writing assignment per each episode of my podcast.

Following the release of an episode, I will pick something that I talked about on the show and expand upon it. It will not cover all things I talked about likely but also will probably cover things not said on the podcast. This is in hopes to promote my podcast, being that after an episode goes up in about a day it is completely unseen in the Cblogs side section, by referencing it in a blog post a day later or so with the added bonus that I will be encouraged to blog more. It's a Win-Win, yes? Hopefully some people that read my cblogs but don't listen to my podcast might be pushed to do so and vice verse if the podcast listeners out there will discover that I can blog.

Everything for the show will be linked at the bottom. 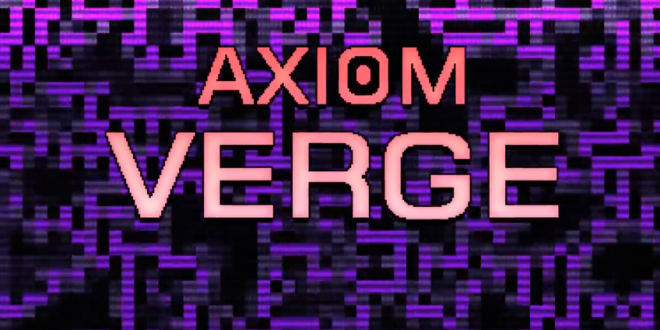 For those of you who wanted Super Metroid on PSN this is your answer.

"I've basically spent all of my gaming over the last few weeks playing this and not a whole lot else." The prospect of getting to play something like Super Metroid is kind of been done to hell I mean how often do we have an indie game released that's a 'Metroidvania'? Pretty often really. So what makes this one different? Simply put I don't know what enticed me about this game. It was probably the appeal of its pixilated art style, like the vast majority of indie games. Alternatively I have never played a Metroid game all the way through and was interested in the idea of it. I also got to demo test it at IndieCade this year, which was pretty fun too. All in all, there was a period starting maybe five months back from which I was already set on getting Axiom Verge. 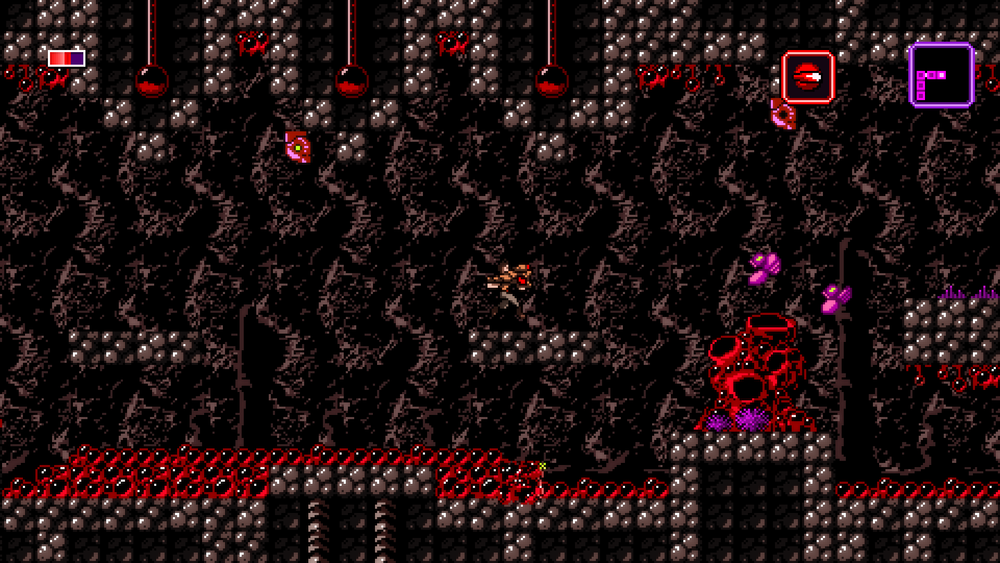 The game is slow to build and many things are left unexplained to its detriment. This goes even so far as some of the controls not being obvious from the start, like that you can hold L1 to lock your character and aim freely, a technique that is crucial in some parts/boss fights. Also a protip: as you will be going to the map a bazilion fucking times the touchpad is a map shortcut. I did not realize this and like a fool went through the majority of the game going to the map from the pause menu every single time. It doesn't seem like a big deal but again, after the first few hours you will see how much referencing back to the map there is. I also complained about the passcodes, a tool that you discover in game which helps you unlock certain weapons or paths or even change your character's appearance. It really felt like the game just dropped this mechanic on you without telling you much else about how to get your pass codes and what they do etc.

Now on to the good. The last three points I addressed are related in a way that each one is comes from game design vs. hand holding. Axiom Verge is not trying to hold your hand. I think that's why things are cryptic and why the controls give you what you need to play but don't make things too easy even so. There's no standard dash move from the get go which would've really helped and I sort of expected to be there because I was getting dealt a lot of hits. Hits that my character was too slow to get out of the way of, the slow bastard.. Further, there are no checkpoints in this game that you can bounce back and forth between as is the norm in games these days - funnily enough most games that use save point/check point teleporting don't call for it in respect to the story, like Fallout set in a sci-fi universe but not the type that would have teleportation, the world crafted for Axiom Verge could easily accommodate why the character has the ability to jump from one side of the map to the other instantaneously, but it doesn't and good on the dev.

This is what the map looks like in Axiom Verge *the screenshot shown is not fully explored.

That is what you have to explore sans checkpoint fast travel. You will put at least 15 hours or so into this story (I rounded out at 20) and much of that time is going back to areas you previously could not access but now have the means to, by foot. Not to mention, the map is huge with so much for you to explore. It is time consuming but this creates one of the most satisfying feelings of exploration in a game. Though at times frustrating because you need to back travel manually again or you went to the wrong place, when you finally get through it and that map is nearly 100% you know you didn't take the easy way out. I'd like to think that this also made me more proficient with this sort of gameplay allowing me to go back and finally beat an old Castlevania or Metroid, games that previously seemed tedious as all hell. Instead of fearing the exploration, I want more thanks to how perfect the exploring works here.

So in summation, they really created a true to its roots Metroid inspired game. Even though in my experience there were barriers at first, over time they dissolved and I was able to take on the game thirsting for more of the map to explore and more cool things in the game to discover. What at first had seem on the level of "Milon's Secret Castle" level of cryptic/arbitrary hidden blocks soon it was more obvious what parts were breakable or where to explore and I was wasting less time trying to drill/disrupt every part of every room. Axiom Verge will grow on you if you give it a chance. Initially I was mad that they made the game way more than I wanted to pay and the special discount wasn't a whole lot but in the end I think every dollar was worth it.

I hope that you enjoyed this review, however you feel about Axiom Verge please let me know if the comments below and thank you for reading! As promised I couldn't link the podcast stuff at the beginning in good faith so, if you feel compelled to check it out, you can find all of that below.