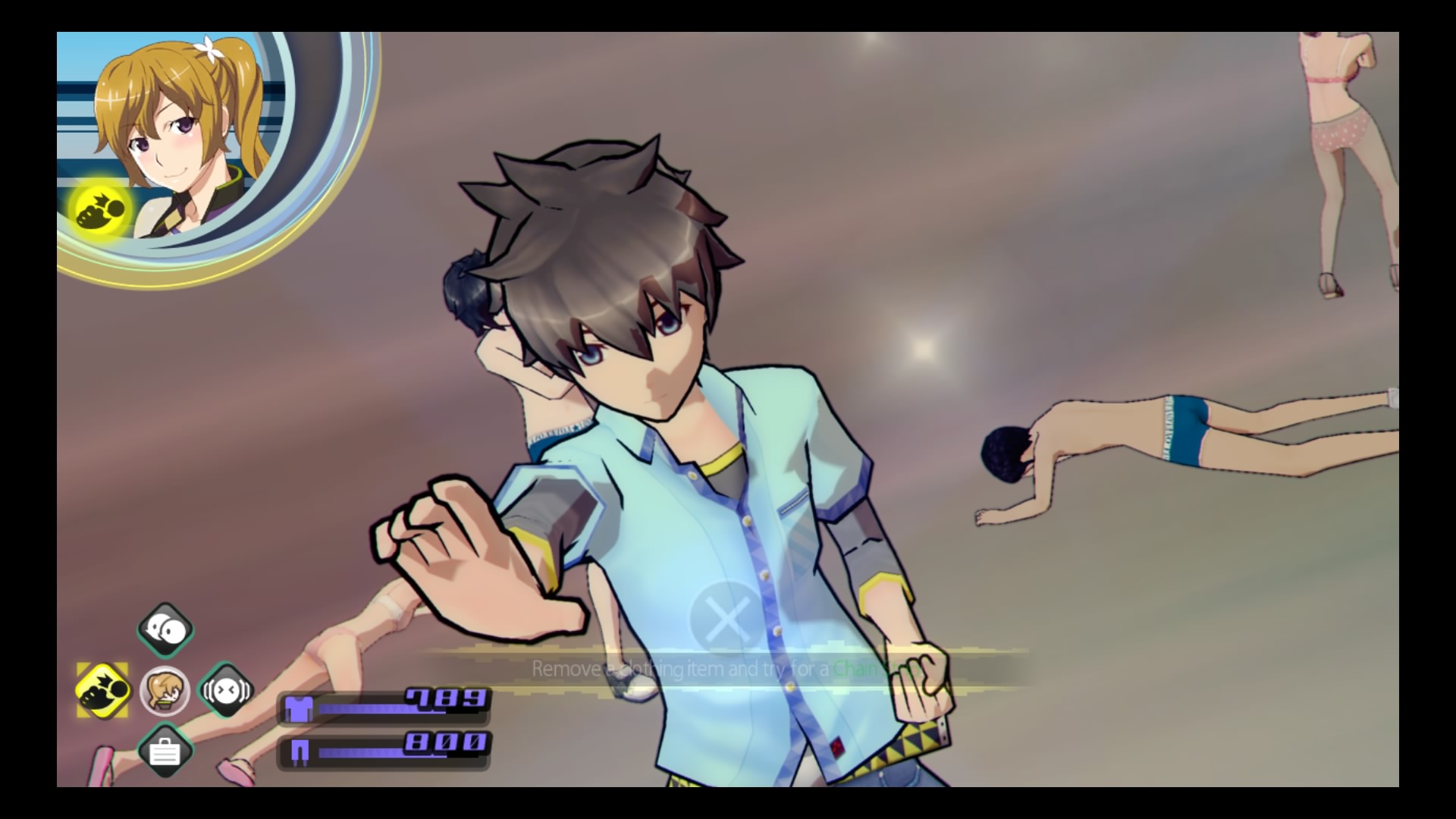 Since you've all been returning to and reading the updates to my backlog blog post from way back when, it is redundant to say this but I have just started playing Akiba's Trip and I am absolutely in love with it and I've only been playing it for a couple hours. I should have played this earlier. Hell this was a game that I could've skipped the "wait for it to go on sale" part and I knew it then but I didn't act on it. Could've had the case for it and everything.

But anyway there are several reasons why this game appeals to me. Be it things about the gameplay, story, characters, visuals, etc. For instance I really like how cut scenes let you take the text away and just view the character or what's going on in the game. It makes a neat feature and is a perfect use with the PS4 share button. Aside from that though it seems like this game is very much like two other things that I really enjoyed, namely Durarara the anime and Virtua Fighter the fighting game. Here are some reasons why because I don't have the time to flesh this out more and this will just be another crappy list blog!

You play as "nanashi", and being fortunate enough to get to experience my life, you are a kick ass otaku that runs around eradicating vampires. I know, the world needs more of me but what are you gonna do, y'know? Actually you can change the name. Point is: You basically play as a mega otaku come to Japan who does Japanese things, has also obsessive otaku friends and takes in the whole being in Japan part like a glutton wolfing down veal, that is shamelessly. So naturally, there is anime in all of this. You live in some very Japanese city in Japan and there are all sorts of anime pictures everywhere on giant screens, figurines, and shops full of anime merchandise. I even found a few interesting places like a Gundam Cafe.

The reason I bring this up is because it just feels like I'm watching Durarara without actually watching it. Despite the series already having two games/references in other games Akiba's Trip really feels like the definitive Durarara game and it is because you play as this Otaku living in Japan. The girl from the Freedom Fighters that makes you buy a shirt for her in the first mission reminds me a lot of Erika from the anime. Though there is a distinct lack in that mysterious or suspenseful vibe Durarara had going for it... This game is entirely comical, at least thus far, and I think given the ridiculous nature of the concept and plot we probably won't be getting too serious for awhile. Still I maintain the point still stands, this game feels like Durarara. 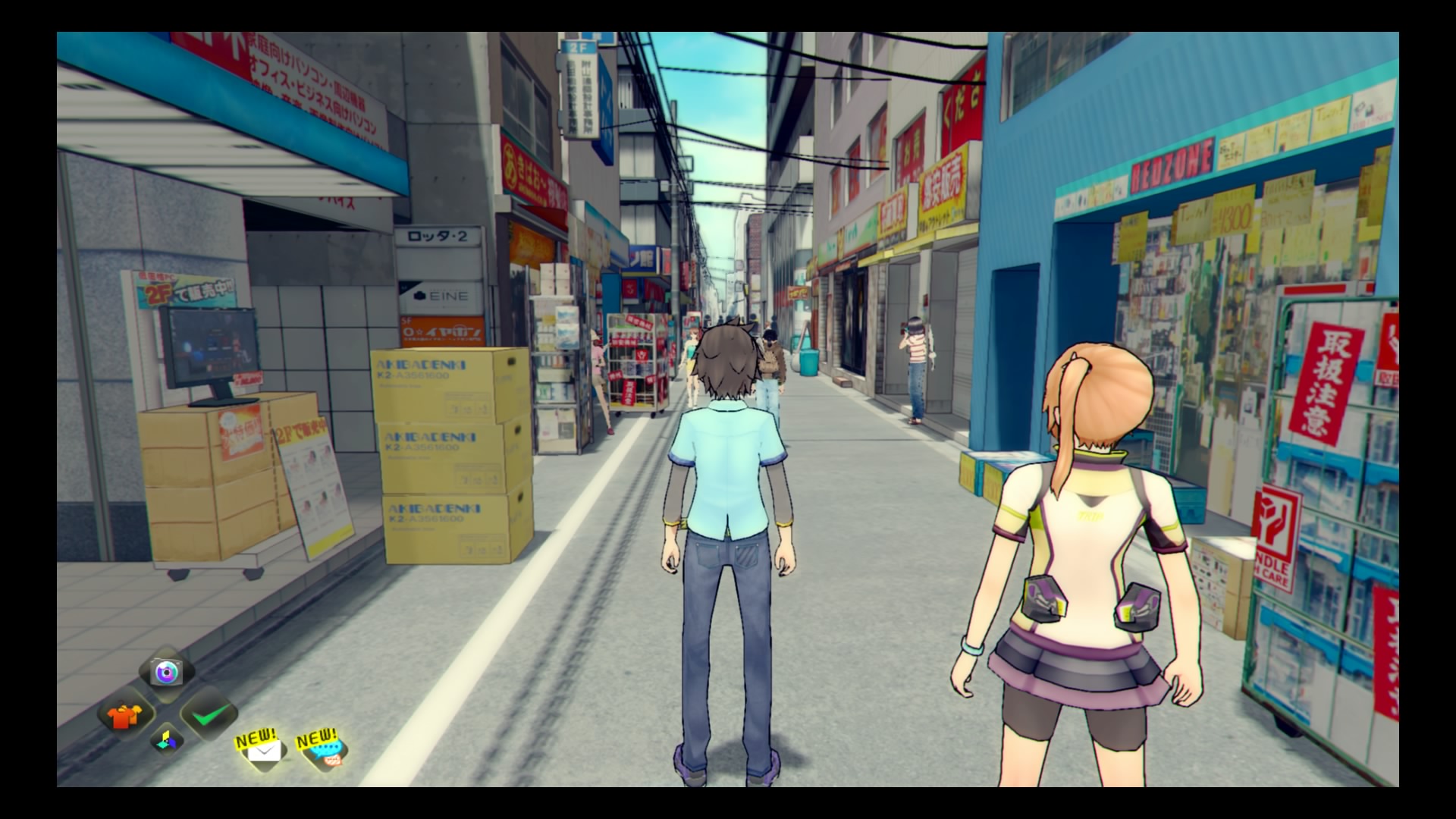 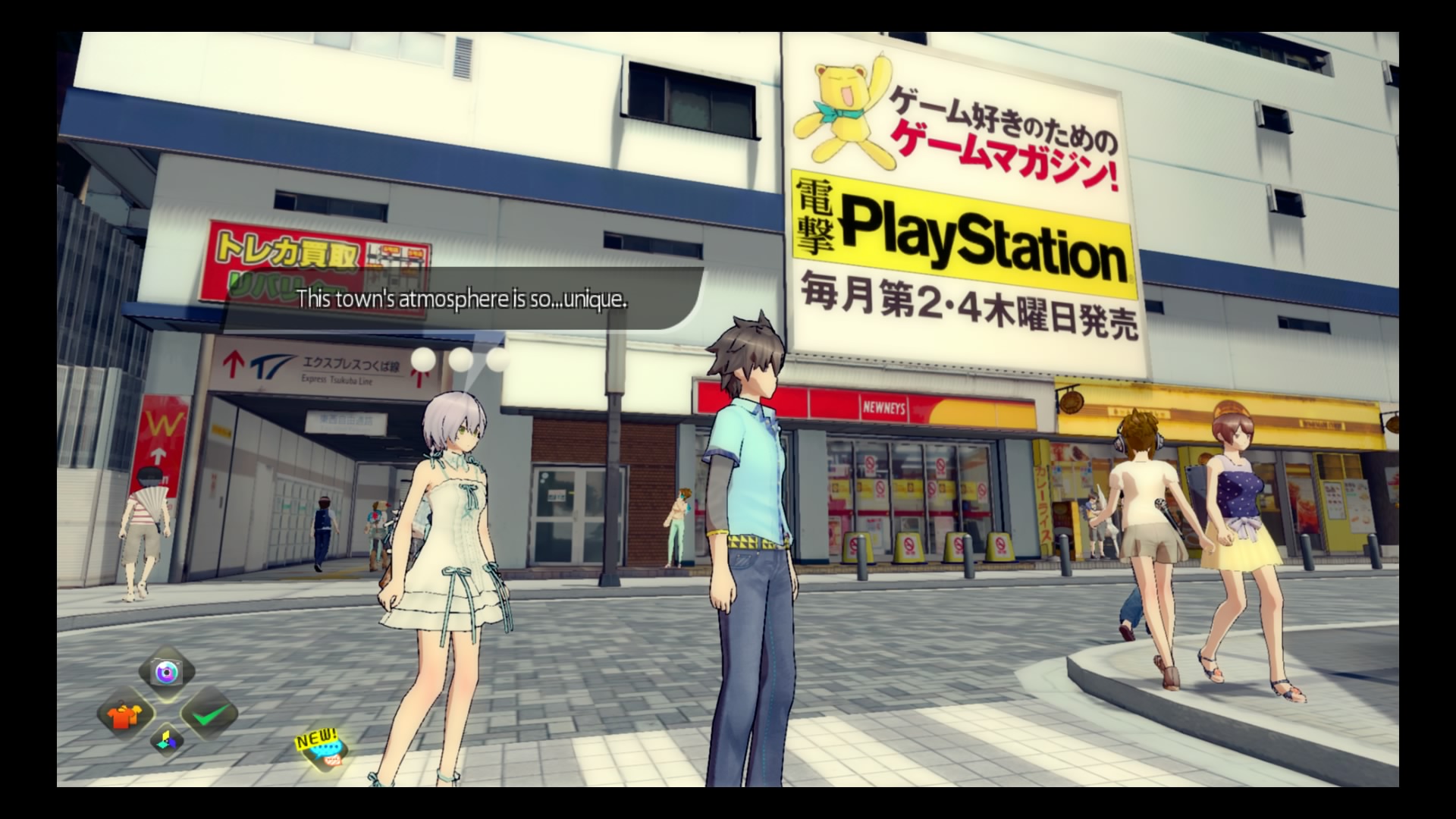 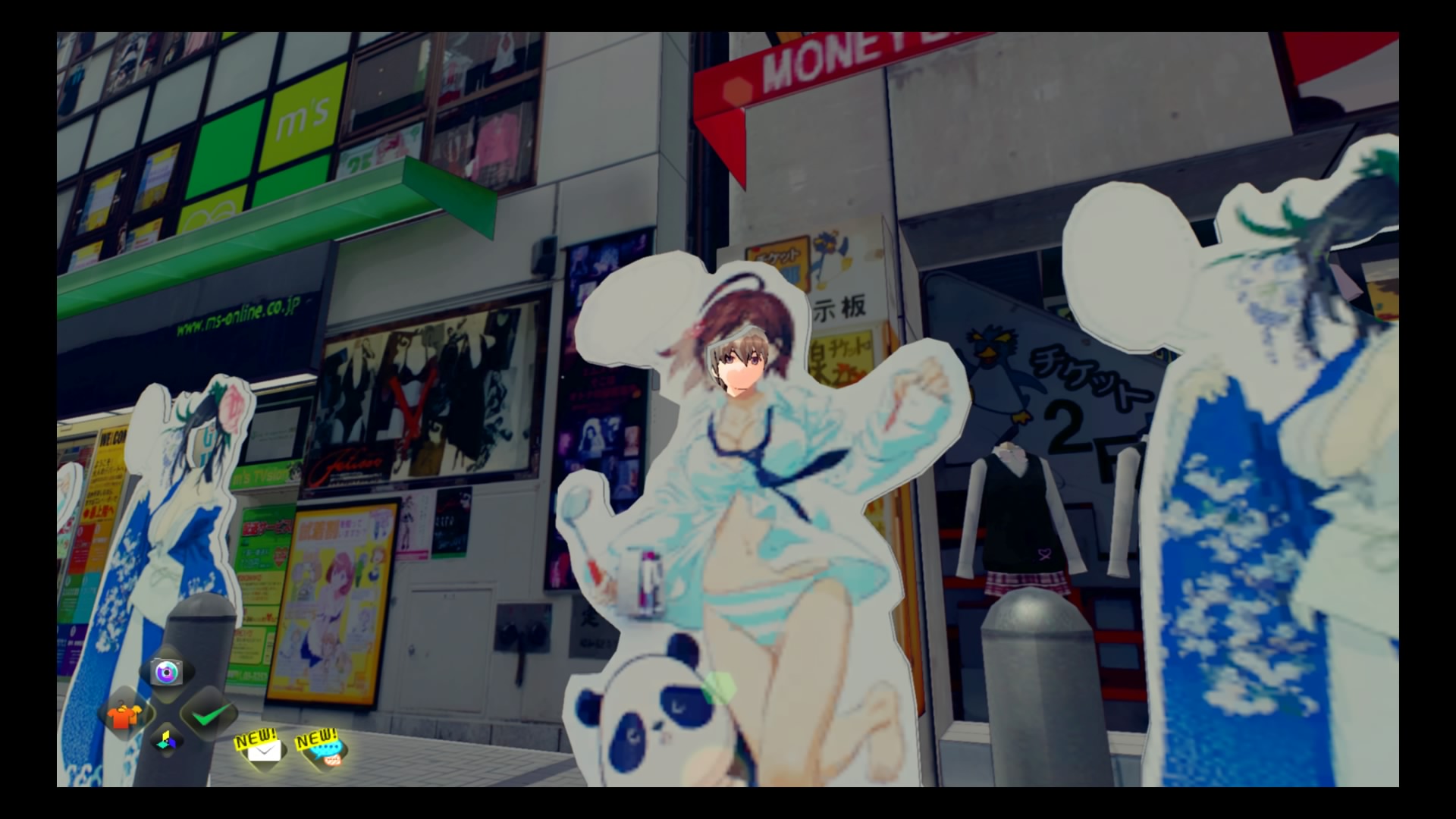 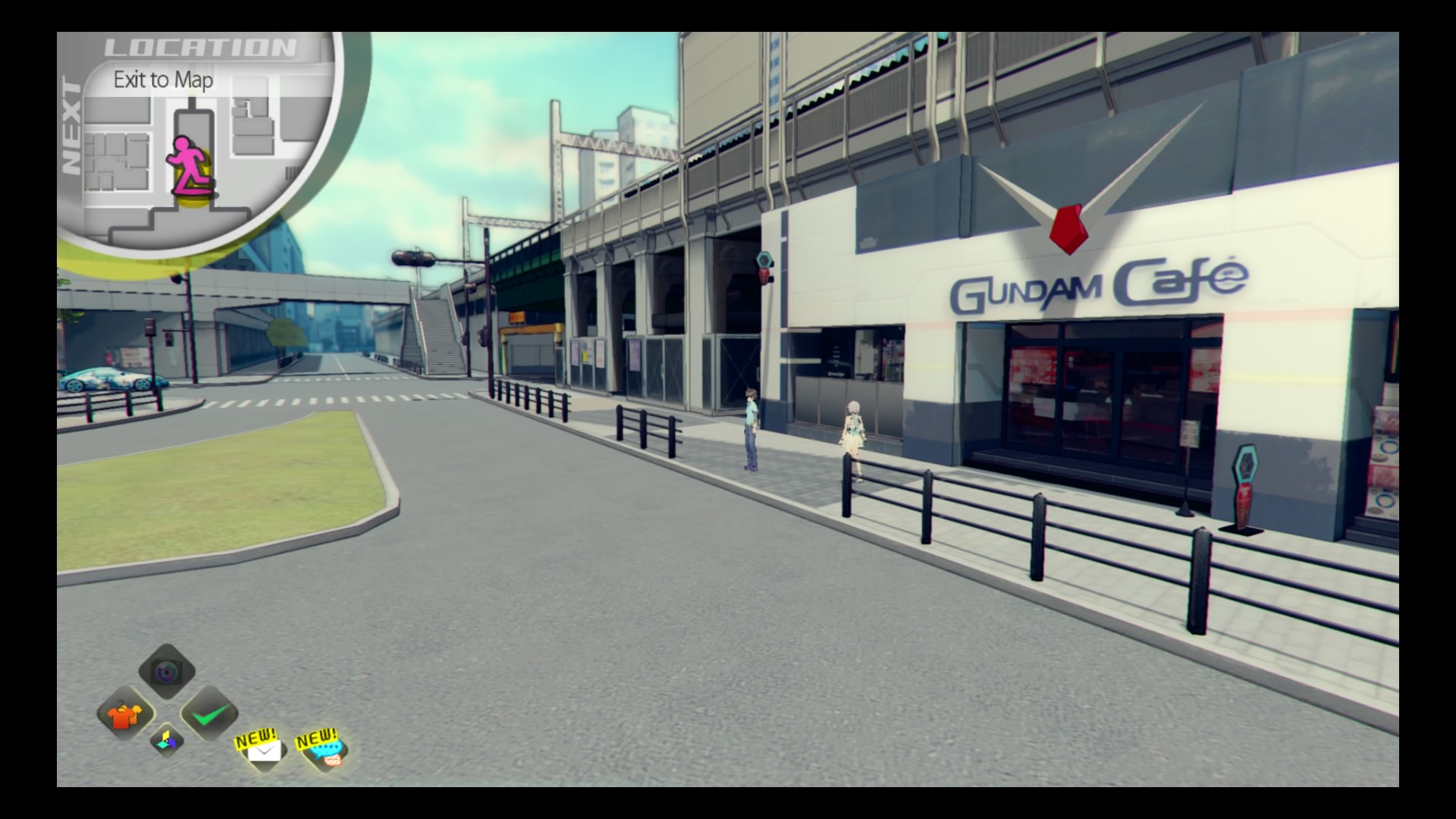 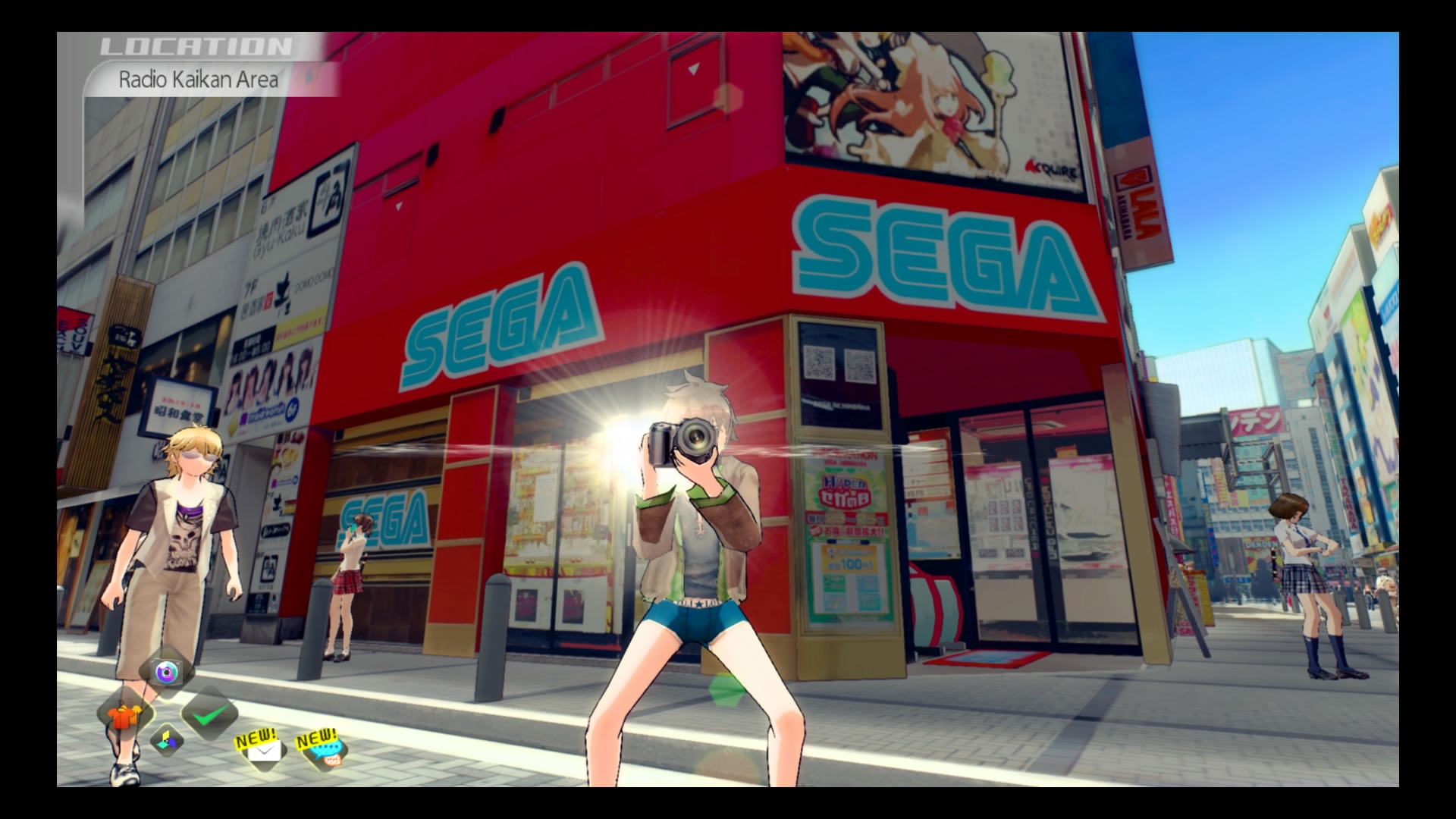 Speaking of "-ra..ra..ra" Akiba's Trip has combat because of course we can't be expected to convince those vampires to strip themselves! Here's how combat works, you fight running around and you have the ability to block, attack (3 high, mid and low) and strip your character. And I gotta tell you guys, the fighting feels a whole lot like Virtua Fighter to me. There's a whole wake up game where you lie prone until you press a button to counter attack, if your opponent hits during this time your move has some invincibility and so only your hit will land. Sidestepping/backdashing are important. I also found this cool technique that you can sort of "buffer" the start up time on fixing your clothes (hold L1) by being locked in an animation already prior, such as by trying to strip them (even if they push you back immediately) -- which will give you some space too. Basically it feels like fighting games have prepared me for this game, at least for the combat, and because it is a 3D plane fight it feels like Virtua Fighter to me which is an absolute dream.

Unfortunately there is a little more here but I cannot do these parts justice as I don't know fighting game terms all that well and about as good as I can explain it to you is that "the _____ in Akiba's Trip combat feels like Virtua Fighter" which is true for a few things: blocking, counters, heavy attacks landing/vs. breaking them, etc. Oh and technically there is something like breaking throws in this game, even though it is automatically decided by the damage meter on that article of clothing. Nevertheless I will continue to pretend that my throw prediction is just that damn good.

The challenge is insane on Gamer difficulty by the way, and that makes it feel all the more like Virtua Fighter to me. Also the fact that you can customize your character so much is reminding me of VF too, basically the competitive scene in Japan set the tone for that with goofy hats and costume items a character can add, and later that was put into the console release version of Final Showdown. Lastly the Sega Arcades in this game, I mean come on it's basically Virtua Fighter that's being played in there! 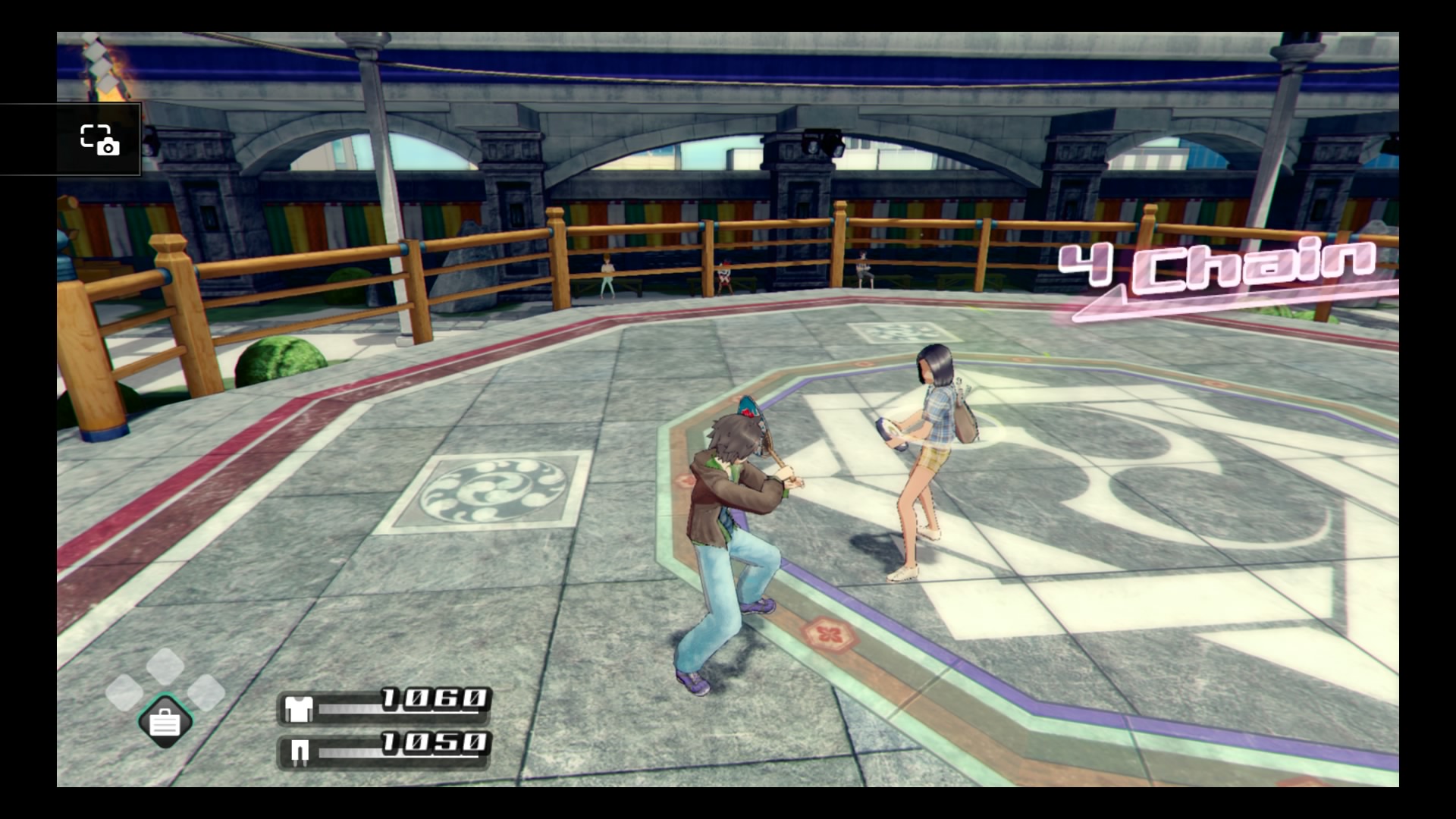 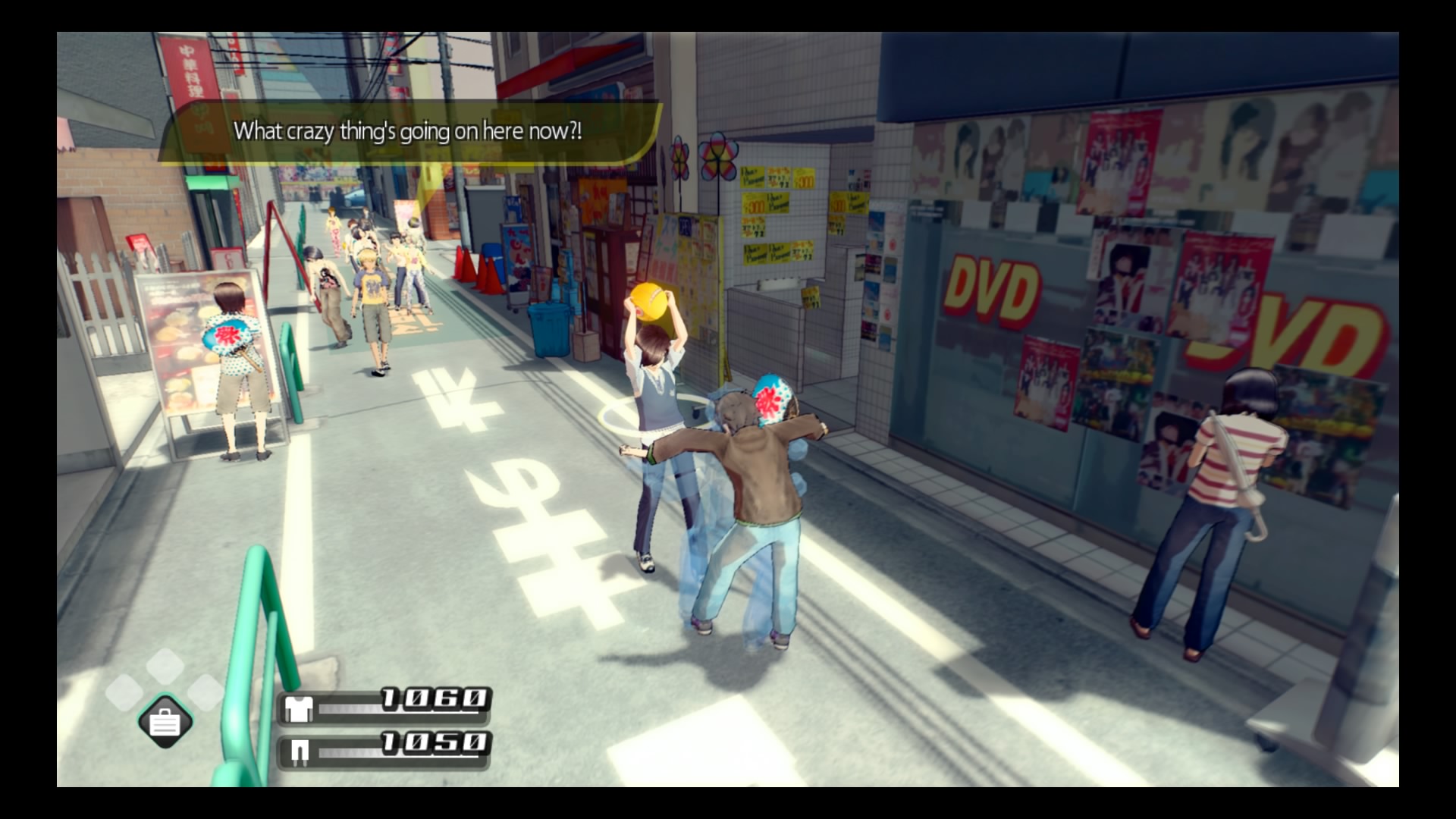 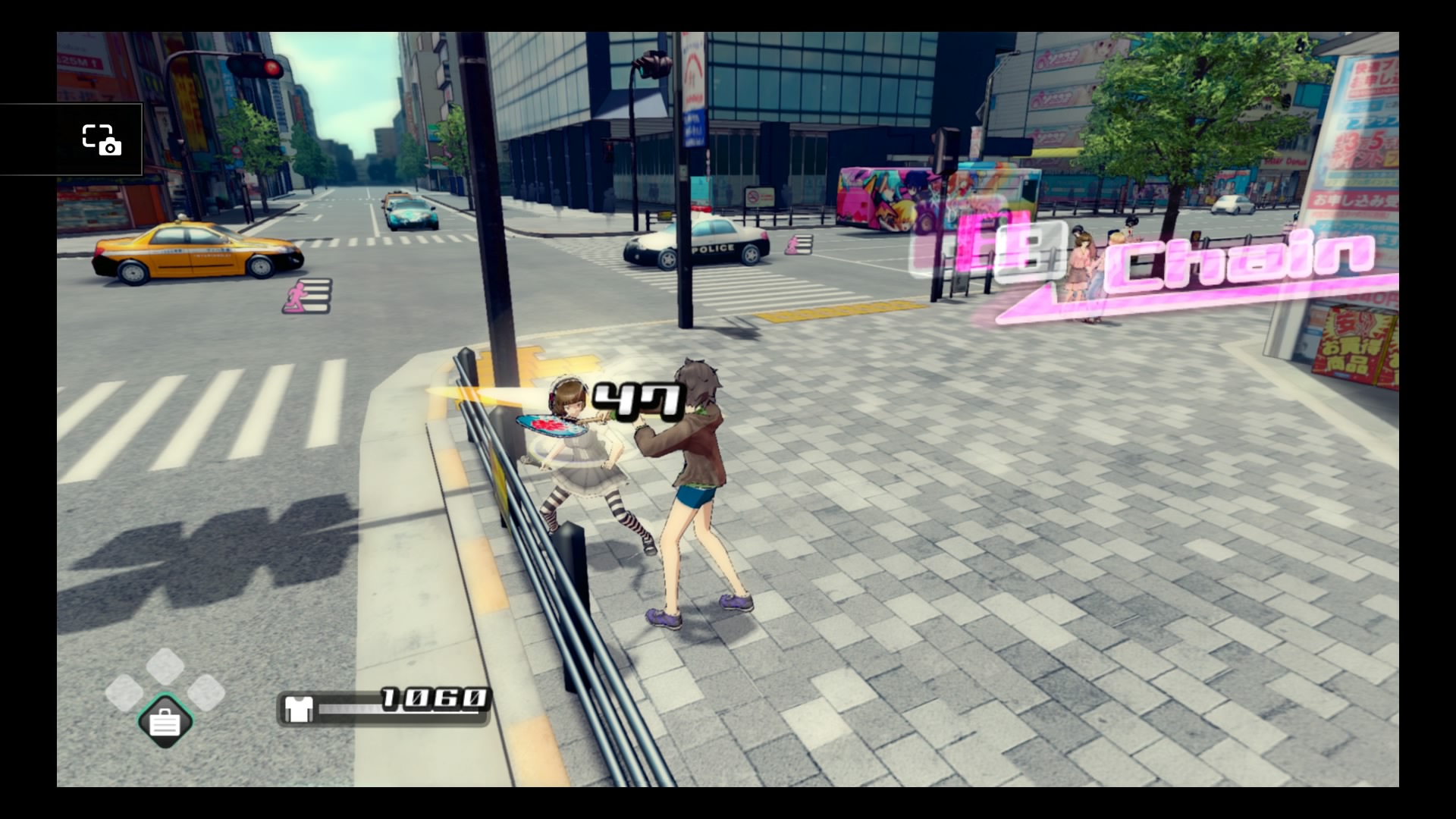 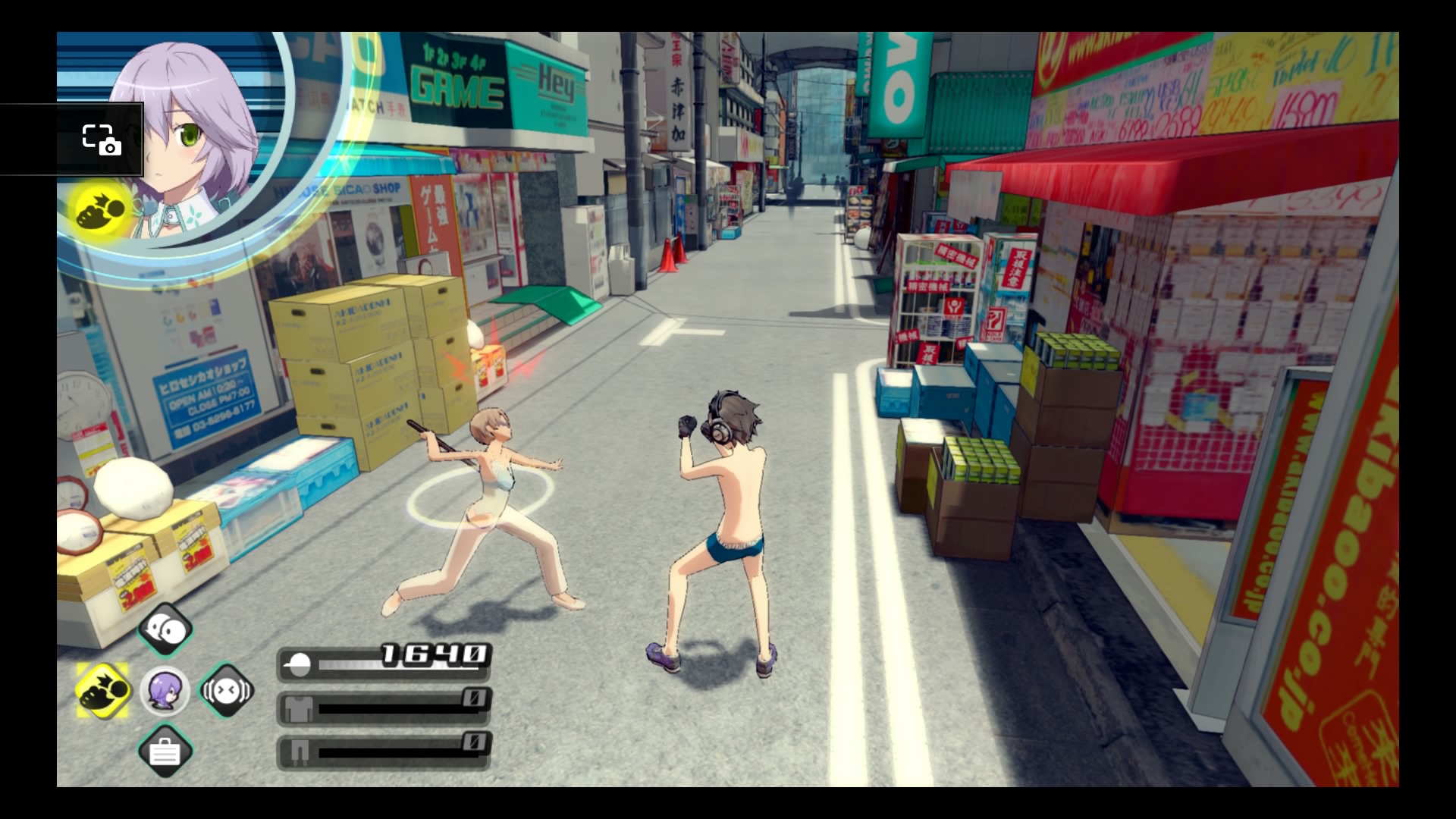 That's really it, a list of two. But what you need to take away from this rusty, pieced together blog is that I love Akiba's Trip and it may be partially due to the fact that I love Durarara and Virtua Fighter because this damn game reminds me so much of those other two things.

What do you think? Is this an accurate comparison, maybe because Sega had some input in this game? Interesting considering that both Virtua Fighter and Durarara characters were featured in a completely different fighting game, Dengeki Bunko: Fighting Climax. Or maybe it's just completely unrelated, your comment decides!