Ten things You didn't know about this guy. 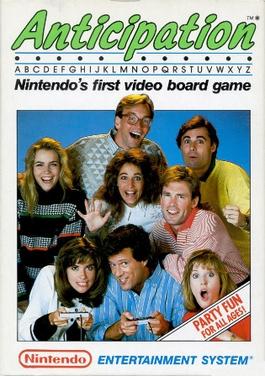 1: I own six super nintendo and five nes consoles. The reason being that I'm a hopeless fleamarket-junkie, and I buy it for the cheap. Really cheap. Like a compelete SNES with two controllers and ten complete games for 10 Euros cheap. That was a good day...

2: I spilled beer on my keyboard two months ago with strange results. Everytime i hit the "a" button the bookmarks-tab in firefox opens up.
It's a bitch having to copy the letter a and ctrl-v-ing eveytime you need to type it.

3: Once, about six in the morning in a club in berlin i (drunk as fuck) fell flat on my face and knocked my front teeth THROUGH the area under my lip. One tooth got broken in half and i have a kickass scar to prove it. (and a expensive fake tooth)

4: I'm a swede. Yep, red beard, blone hair, the whole deal. 23 years old. You just have to trust me on this.
I do music, the latest band i was a hardcore group with me on vocals, check that shit:
http://www.myspace.com/oceanlift

5: For the past two years I've been drunk atleast two-four times a week. No exceptions. My liver hates me.

6: I don't post that often on destructoid cause I'm lazy, but i love you. I've been there for all the good times and drama since I joined. Also cocks

7:Exept for my DS, the latest console i have is a dreamcast. And i bought that two years ago... tragic.

8: Just like Jim Sterling I'm fully aware of the fact that ELECTRIC LIGHT ORCHESTRA IS THE TITS.
You'll become a better person if you listen to them, spotify that shit and thank me later.

9: I really really like Elvis Costello and even have a Elvis themed tatoo. And it's epic (hint: It's the same phrase as my username)

10: I randomly moved to Berlin with a friend two years ago. No plan or anything, we just quit or jobs and rented out our apartments and one month later we were there. I lasted three months (in a piss-cold apartment and with the help of their ridicoulsy cheap beer. Seirously, it's cheaper than water.)
She still remains there and i go there about five times a year and do stupid things. (like number three on this list.)

I'll try to be more active here, promise.
Ok?
#Community
Login to vote this up!

Hoy hoy, i'll just copy my old Myspaceprofile for now... not much bout games in it though...

Hi! Im a 23 year old man from Sweden, currently residing in Stockholm. In my spare time i like to admire beards, and grow my own. I also enjoy self destructive behavior such as alcohol and fags ( not that kind, no). Normally i sit contemplating my current situation and watch gilmore girls. Sometimes i'll go crazy and play the guitar or dig up the ol' Sega Saturn for a dose Super Puzzle Street Fighter Alpha Two Mega Championship Edition. I probably got half of the words right there but it's close enough for now.