Being Social: How to host a NARP ( EuroNARP4 pics! )

3:02 AM on 08.25.2011 (server time)    0
NARPs are one of the greatest things I got from Dtoid, I've been hosting them for 4 years now and we've had about 15 EuroNARPs. The number only goes up with the summer edition, in betweens are decimal numbers like 2.5, 2.6 etc. Since we can always use more people doing NARPs, especially this side of the ocean, here's a short introduction to how to host a NARP.

NARP stands for No Apparent Reason Party. It's kind of like a LANparty, but instead of using PC's, which are mostly single-player-devices, we use consoles. The benefit is that most of the time you'll have to get to know the people to get to play, as a result, everyone goes home with a bunch of new friends :-)

NARPs come in any shape/size you want them to be, we're lucky to have a dedicated location for EuroNARPs, but you can just as easily do it in your own home/dorm/garage/garden! Which brings us to the most important part. 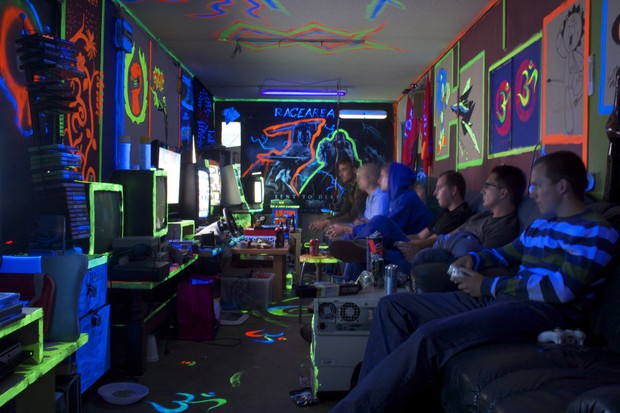 We have a few rules to make life at the NARPs easier for everyone.

1. Gaming takes precedence over ANYTHING: watching a movie on the PS3 but somebody wants to try out MOVE? too bad for you, Gaming Goes First!
2. Multiplayer >>> Singleplayer: trying out the MOVE on PS3 but a few people wanna play a 4-player-game of COD-splitscreen? Move over mate :-)
3. No sleeping in the couches unless it's too cold to sleep in the tents ( aka don't take up gaming-space if you just want a quick nap :p )

Now, go forth, host & visit NARPs!
#OpinionEditorial
Login to vote this up!