Wars Games - "The Military and the Media"

4:58 AM on 06.12.2010 (server time)    0
On YouTube, Al Jazeer English uploaded a piece called The military and the media, exploring the connections between the two, how they glorify war to recruit newbs. Interestingly, they saved the last piece about video games based on the conflicts we are in today (13:37):

Except, this isn't really new. The military has been doing this for years - letting elementary kids into their game booths at strip malls and after-school centers that "simulate" choppers over desert land. What you think of that I'll leave that to you. Personally, I'd want to hop into a AH-1Z Viper and blow stuff up after a day of learning math I'll never want to use or that Columbus discovered America... but not really.


And, what isn't glorified in Hollywood? From hillbillies to whatever you call the people in Jersey Shore.
What's next, glorifying gamerz?! 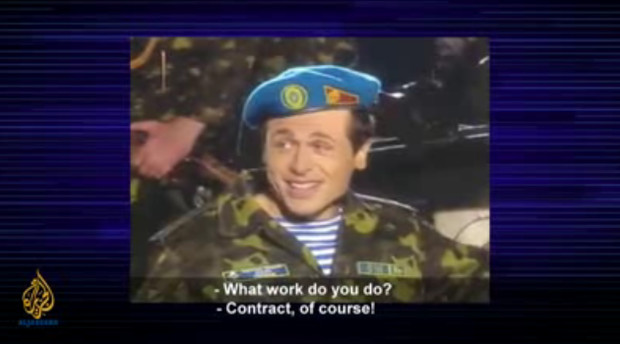 Sorry if I wasted your time. Scatman John will make up for it: