I have met that special someone, and she does indeed share in my gaming hobby with me. I play my games and she plays her games. Some times we play games together. Then there is the occasions where I am forced to play her games because she is to enthralled by them that she won't simply let me ignore them. Thankfully my wife has some taste so I'm usually not forced in to playing something god awful.

My wife grew up on Zork and Myst. Two games I loathe to this day. These are the foundations of her entering this hobby. Not Mario, Zelda or Mega Man like I played through as a kid. Nope, just two games where you get lost really easily. I honestly believe XIII is the only Final Fantasy game she truly knows of after watching all the pretty cutscenes as I played through it.

So already, our entry points in to what we perceive gaming as is different. However, I try my best to accommodate her, as I know she does the same for me. Back in the early years of our marriage, I purchased Zelda: Twilight Princess for the Wii because for some inexplicable reason, everybody loves Zelda. Now I'm not a 3D Zelda fan in the slightest, but this was really all that was available for the system and you get what you can for shiny new hardware. My wife flocked to the game.

I think Twilight Princess is probably the farthest I've ever gotten in a 3D Zelda title and I blame her for that entirely. She had controlled the screen while I was left to find something else to do. Then when she was satisfied, she would try to get me to play. Man the waggle sucks in that game. Even still, while I don't like this style of Zelda, this gave me something I could tie my wife to that I could relate with. She likes puzzle based action RPGs with minimal RPG elements and big worlds to explore. I can expand on this.

Though I'm restricted to pretty (meaning new) games that can't rely on cel shading, so all 3D Zelda games except for Twilight Princess were out. 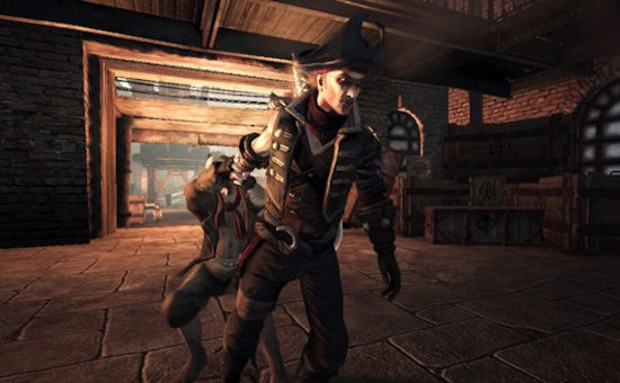 So after hearing interesting things with Fable, I bought her Fable 2. She proceeded to beat the game 3 times. I managed to finish once, but never did any of the post game content because I missed my dog. However, this was a great game for the two of us to play together. Fighting side by side and gaining achievements for each quest would bring us closer even if it wasn't particularly deep enough for me.

At one point, she had played a playthrough almost all the way through and then yelled for me to get a controller to get the final achievement. She wanted me to cheat my score. Shamefully, I actually did.

She liked Fable 2 so much I tracked down the original and tried to get her to play it. Apparently it was just too antiquated for the both of us and I think I barely got farther than she could in the game.

Begrudgingly, I bought her a copy of Fable 3 after hearing the middling review scores. I let her play through the game twice in what took about 3 days and she practically forced me to go through my turn. And I did. And it was a chore. Which she knew, because she'd played through it twice. She knew it was a chore with glitches and annoyances, but wanted me to badly beat it so we could discuss the outcome. There is a bright light within the game and we discussed it in depth, but they botched it pretty badly. Talk about wasted potential.

The highlight of all this for me was when she saw me playing Nier a few days ago. I was showing her the levels and a bit of the gameplay, and she turns to me and says something amazing. "It's basically like a good version of Fable?" I looked at the game, and then back at her, and smiled.

Success! I think I have a game we can go through together that won't be taxing on my nerves. Now if only I didn't have to preorder Fable Kinect. 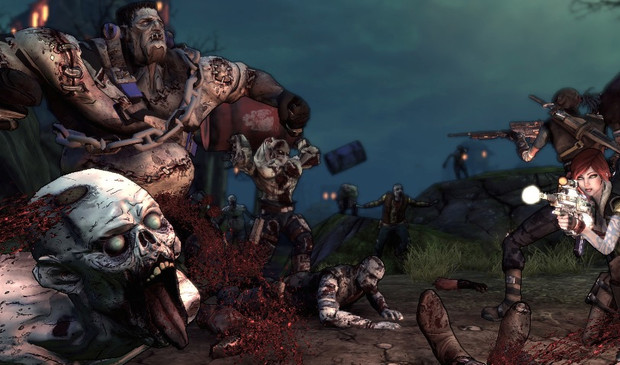 This isn't to say that there aren't games she and I enjoy together. She has an insane fascination with the original Halo. She refuses to play that copy of Halo 3 and Reach that I own, but ask her if she wants to play some original Halo and she lights up like a Christmas tree. At first it was cute, but after about 7 years of Haloing together, there isn't much left to be seen in the game. We play, and it is that repetitive fun that only 10 years of Combat Evolution can bring.

However, I have gotten her to play through some of Borderlands with me. I think we can both agree that it's just one long and tedious grind. However, she occasionally wants to jump back in to it. This is promise. It isn't Halo.

We don't play the game without each other as we want to slow grind it up together. This for us is akin to a movie night. Something that gaming is usually hard pressed to do. 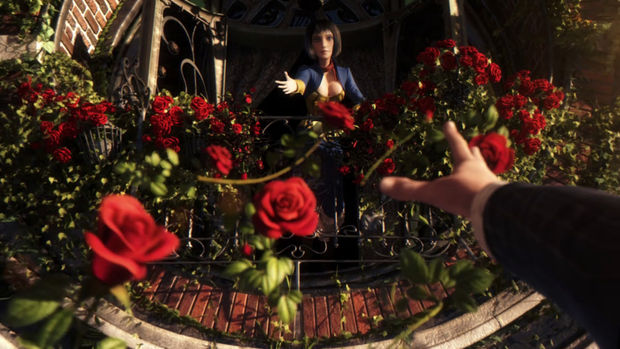 Sharing a hobby with somebody has its great upsides. Beating a game and being able to turn to her and immediately start discussing the pros and cons is great. Having her walk in to the living room and call a game like Nier "gorgeous" is satisfying. Getting excited for a game like Bioshock Infinite with somebody that doesn't look at you weird is what it really is all about.

Unfortunately, I have to play the occasional dud or grind through something I'm not too keen on to get to this. In some cases, I have to lose my TV to something like Bioshock 2 for a solid week. These are just the labors that come with having a second player in your life.