This weekend an odd occurrence happened in Ohio. Justin Wong of Evil Geniuses was accused of throwing a match. That was weird, but he was also a part of a bizarre decision by officials of the tournament that changed the semi-final brackets after he requested it.

For those who don't know, PowerUp is a tournament out of Cincinnati that acts as a points qualifier for the biggest fighting game tournament in the world, EVO. This tournament brings people from all around the world to Las Vegas for big cash prizes and bragging rights. These are the closest things this medium has to a sport and the events of this weekend tarnished it a bit.

Justin is accused of breaking the following rule during a Marvel vs Capcom 3 match against his friend Noel Brown seen at 1:55:00 of the video below:

"Collusion of any kind with your competitors is considered cheating. If the Tournament Director determines that any competitor is colluding to manipulate the results or intentionally underperforming, the collaborating players may be immediately disqualified. This determination is to be made at the sole discretion of the Tournament Director. Anyone disqualified in this manner forfeits all rights to any titles or prizes they might have otherwise earned for that tournament."


This is what EVO Tournament Director, Tony Cannon had to say about the incident involving the officials:

Based on his own discussion, the organizer appears to have agreed to requests from players to adjust the bracket. It is not acceptable to adjust brackets at the request of players for any reason.

Video of the offense involving the officials of PowerUp 2011:

The tournament official has left numerous messages on Youtube videos (like the one above) and elsewhere taking responsibility for his decision. EVO officials have determined that no players should be penalized and all responsibility should be focused on the officials.

I however don't expect any officials to do this again at any tournaments after this ruling. Well, not on the actual live stream of the event at least.

As for Justin Wong, EVO has taken all qualifying points for this event from him and have given him a Yellow Card. Two Yellow Cards will result in an automatic disqualification from EVO.

Justin had this to say:

"I did not intentionally lose to Noel Brown. As many know and saw, I was losing matches and dropping combos all weekend in MvC3. My main focus as of late has been MK and the upcoming PDP event, and I think my results at this event pretty much reflect that shift in focus.

In the match with Noel, I did what I have done a lot in this game, picked something out of the ordinary to confuse my opponent. It worked in the first game, but not in the second. I then switched to my main team and it went down to the wire with Noel winning 3-2. Everyone knows I play wacky stuff, and this is not the first time I have chosen wacky teams/characters in tournaments. This is just my strategy sometimes. I play very unique things and I shouldn't be penalized for what I have doing for years, just because I did it against a good friend and lost.

I have asked EVO to reconsider their decision, but this is their event series and their call to make. I will not apologize for this play-style, but I do apologize to my fans and my teammates and management at Team Evil Geniuses for the drama this has caused. I hope my true fans realize this was just a match I lost. It does happen."

This step was necessary, even if it is controversial. The action Justin made might seem trivial, but it would be on par with punting on first down in the NFL. It is ultimately a sign of disrespect towards participants, viewers or even the tournament itself if players aren't expected to play to their best abilities.

Clearly Justin was playing with characters he didn't know how to use and it ultimately cost him the decision of the match. Video games are indeed just games, but this is a professional event and the tournament holders wish it to be treated as such.

This isn't the first accusation of cheating against Justin as our very own Narishma accused him of the very same thing during his Tatsunoko vs Capcom match against fellow Evil Geniuses teammate Marn at EVO 2010. It wasn't a professional critique but Johnathon Holmes and I had stated earlier that his playing and choice of characters was rather suspect.

I bring all of this up because I've grown to appreciate EVO and what it is doing for the gaming community. When I tune in to these tournaments, I tune in because I want to see the best of the best compete in something I've grown up with. This isn't a team sport like Nascar where points and assists are used to advance other players as a means of confirming a win. I shouldn't be seeing a man getting lapped just because his friend needs the points.

The fighting games EVO has always featured were built around the idea of two people competing against each other in a battle of skill. It is a core value all of us have experienced and want to be replicated in the elite. Many of us expect it.

I applaud EVO for stepping in to clarify this rule, but it does beg the question as to how powerful this can be. I would usually be suspect at any other event to say that any official has the right to determine whether a person is or isn't phoning in a performance, but these tournaments aren't like that.

We are a community of players that help run a tournament like this. It was because of this that the officials bungled a decision like they did with the restructuring of brackets. Friendliness and the stress of a show can do that. That is the downside to this.

The upside is that a group of thousands with trained eyes are watching these players. Each one reading and understanding exactly what is going on screen.

We as a group can tell when something is fishy. 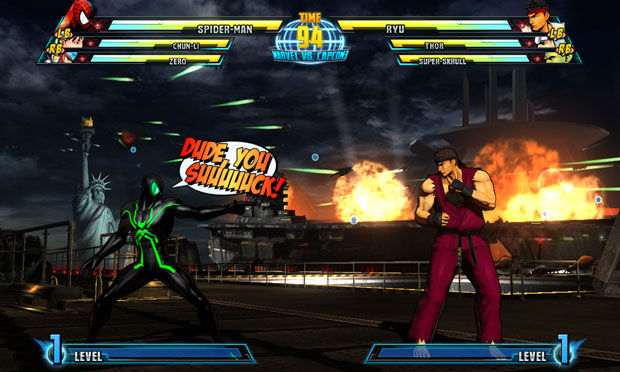 Whether he threw the match as a handicap, as a wacky attack, or as a dive is all up to you. In the worst case scenario, he and his friends are collaborating to fix tournaments. This would be a shameful move towards all of us that enjoy fighting games.

I'm not typing all of this out to attack Justin Wong as it would be ridiculous of me to think he'd do all of this in a sinister fashion. He's just one of the bigger names in the tournament. He's a newsworthy target that made news. As a person that probably won't ever participate in a tournament like this, I want to see the best that I can from the best of the world. Even in the smaller events like this.

This could all just be the downside of creating teams like Evil Geniuses in a single player sport. Reading through many responses, things like this are not isolated incidents. Despite all of that, PowerUp 2011 turned out to be an interesting show of power from EVO officials this weekend and could be an indication of how they plan to stomp out some of the negative aspects that pop up in tournaments like these. 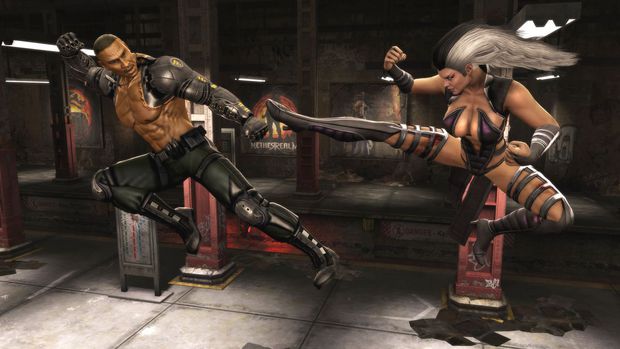 The rest of the show was all fun and games and thankfully Team Spooky has uploaded a good amount of the tournament. Though they did have some slow internet at the venue.

If you haven't seen high level Mortal Kombat yet, the first video is a good place to start.