Today Sonic turns 30 years old. This fact alone makes me feel nostalgic and old at the same time. I'm not sure why, but I feel more kinship towards the blue bomber than I felt when Mario hit the big milestones. I'm not a Sonic fanboy, but when I look back through my life the big gaming events coincided with the speedster.

I remember my first console I bought with my own money working as a teenager was a Dreamcast. That first game was Sonic Adventure. Later I bought myself a handheld Game Boy Advance with Sonic Advance. These were the consoles I worked hard to own and the games I wanted with them.

My first true console I grew up with was a NES with like 2 games because that's all I had without the occasional trip to Blockbuster. Most games I was excited about as a kid my friends had. When I finally got a Genesis as a young boy it felt like I was the one with the hot new console. People wanted to come over and play some Sonic the Hedgehog 2.

So my history in gaming is sort of intertwined with the success of Sonic the Hedgehog. Unfortunately that history started to wane when Sega lost it's way after they were bought out. I probably outgrew the hedgehog, but it just felt like the character had changed.

Obviously the games weren't up to snuff. Sonic 2006, Sonic Heroes, Shadow the Hedgehog. It really felt like the Sonic I grew up with wasn't really what Sega wanted to push forward anymore. That's because my concept of Sonic really wasn't what Japan wanted for their character. My idea of Sonic was formed by The Adventures of Sonic the Hedgehog mixed with the Archie comic series and Sonic the Comic.

The media formulated a concept of the character and then it all started to change around the time Robotnik became Eggman. That was kind of the beautiful thing about Sonic that Mario never really took hold with for me. Sonic was a character with a story and a bevy of ideas. Miyamoto thought of his characters as actors in a play. The many people that worked at Sega around the globe went out and crafted an identity for the character and that in turn took on a life of it's own. 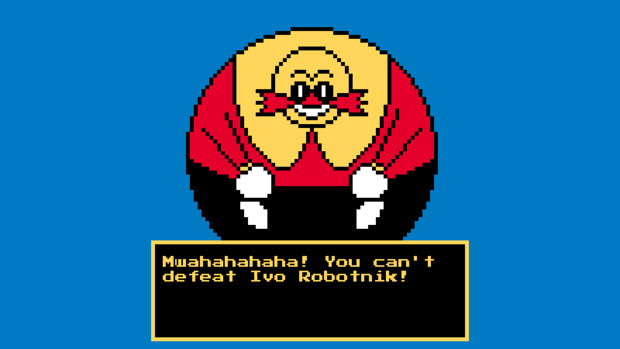 From this media blitz I created a narrative and a concept of what my Sonic was. So like I said in the beginning, I feel a sort of familiarity with the character that I don't really have with many other gaming characters. When I heard he would be celebrating his 30 years this year, I felt the need to create something in celebration. So I set up a quick game jam on itch.io to see how other people would present their versions of Sonic the Hedgehog.

To my surprise people joined up and submitted some games. A small group of people signed up and I was quite surprised at the variety. From the charming Sonic vs Red Dragon to the bizarre Sonik's Basics in Cocoa Puffs and Doin Nothin, it was nice to see people come out and make something for fun's sake. 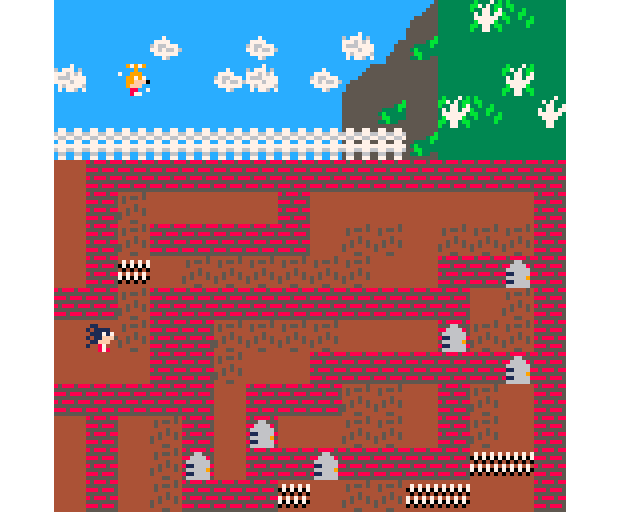 I used this opportunity to get the kid involved as a summer project and she created Sonic Adventure a Sonic adventure game. It was fun teaching her what an adventure game was by showing her the greats in the genre and having her implement what she saw in her playthrough of The Legend of Zelda into a full product. It's really something when your kid creates something all on her own and only asks for you to play test the final product.

I don't really know what I made as a game with Sonic Grid. I like to think it's some mashup of Crazy Climber and Minesweeper and I really have no idea if it's any good as a concept. My kid said she really likes it and bless her heart I believe her. She was looking for patterns and smacking in to robots. So regardless of it's quality, I made the one person I care about happy and was able to share in a gaming moment with her.

It's nowhere near complete as I detailed in the game's development log. Work, life and other curveballs screwed the time frame I was looking at. Still I had something to show for today's celebration of our blue boy so I gave myself a pat on the back before taking a long sleep. 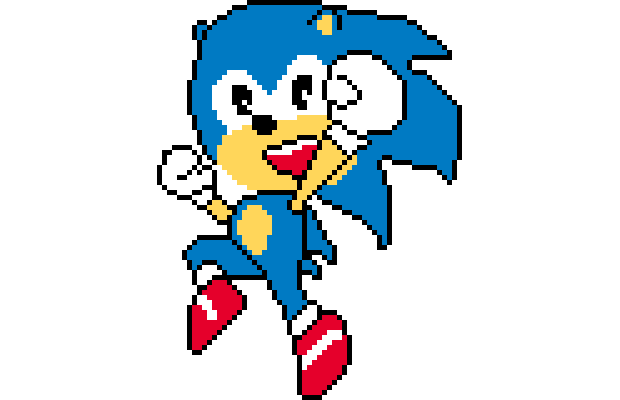 So here's my present to the fastest rodent around on his 30th birthday. To all those people that worked on the Hedgehog in the past, you have my respect. Game development isn't easy and it's incredible what has come out of making a game about a blue hedgehog.