Comics in Crossover Games: Spider-man and the X-men in Arcade's Revenge 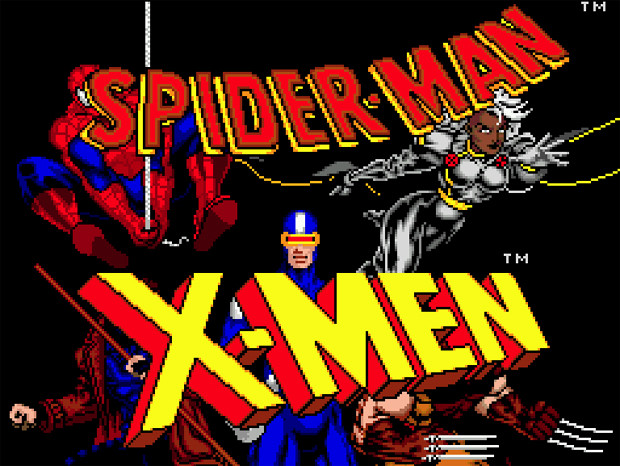 Spider-man and the X-men in Arcade's Revenge

Acclaim did some pretty shoddy work during the early years of the NES era. This was most apparent in their LJN titles. Wolverine, The Uncanny X-men, and Who Framed Roger Rabbit are games plagued by horrible design decisions. This was mostly because Acclaim was able to abuse the regulations that Nintendo had for safeguarding their system. Acclaim bought LJN and turned the toy factory in to a development studio to counter the production limits on third parties.

This built up LJN as a shovelware creator that carried forward into the SNES and Genesis era. My first experience with their products came in the form of this game. You can't blame LJN for their faults as Acclaim set them up to fail from the get go. LJN had to go from making toys for a living to the coding and imagination that goes into being a video game producer. Essentially all they knew was how to market licensed products and that's what they did instead of producing quality entertainment. Sadly enough, most of us fell for it at some point. I fell for it twice with the two different covers they used.

Arcade's Revenge is based off of Uncanny X-men issue 123. A good portion of the artwork was also copied from the comic book.

The comic book begins as Spider-man runs across Scott Summers on a date and overhears the couple getting kidnapped by Arcade's dump truck. The rest of the X-men each get captured by equally lame methods and are forced into Arcade's Murder World. It's then up to Spider-man to, well, to do nothing.

See in said comic book, Spider-man showed up too late to warn the rest of the X-men before they were captured by Arcade. In Uncanny X-men there wasn't much of a crossover and it shows one area where a video game's story trumps a comic book in approach. Well, at least in terms of a Crossover retrospective. Spider-man in Arcade's Revenge must climb his way through the outside of Murder World in to stop Arcade. The X-men then have to do their best to survive, yet they can never truly free themselves. Freedom is reliant on Spider-man's unpredicted appearance if they hope to escape Murder World.

This Murder World idea worked in the 70s and it works in the early 90s for video games. Chris Claremont and John Byrne weren't writing the Dark Phoenix Saga every month, but they created real enough characters and interactions through the issues before this, that when Dark Pheonix did manifest, there was a connection this team had with the rest of the world. Their run was truly the foundation of the X-men and Claremont finally left it in 1991 after he relaunched the series with Jim Lee. Acclaim, being the mismanaged publisher that they are, pushed this game starring the then current 1992 X-men team. This mismatch is punctuated by Gambit's appearance and the effect of Cyclops and Wolverine's costumes on the cover not actually matching the costumes worn inside.

Costume mistakes are forgivable, but the gameplay is not. This clash of the hyphens is difficult and it plays out a bit different from how the real story was written. Arcade's Revenge probably has the one thing that could truly make Arcade more of a villain. The brutal difficulty that comes from experiencing his game. Obviously, cheap AI isn't always the developer's intent of getting across a point like this. In this instance, it's just a classic case of poorly planned game design.

The best part of this is that Spider-man has the easiest levels to play through. In a game this hard it isn't saying much, but it showcases the fact that his experience is nothing like that of the trapped and tortured X-men. He simply has it a little bit easier. This is mostly because he has a steady focus on platforming and his maneuverability is higher than the rest due to his swinging mechanic. Since the game forces you to stick with him in the beginning, most players will want to move to another character out of curiosity once the game opens up. As if compelling you to try and help the others first instead of just breaking in.

Looking at the differences in the inspiration and Arcade's video game attempt, the different experiences the X-men had to face are almost completely unique. Clearly, you can tell that there isn't any Pinball level like the original cover would indicate. Wolverine originally was supposed to face off against some mirrored clones that literally came from mirrors. Instead, he has to climb up a clown themed flight of booby traps only to meet the unstoppable Juggernaut. Cyclops originally was supposed to be stuck in a room with 3 doors, only one of which led to safety. The walls closed in on him in an homage to Star Wars, but none of these options work out well in this medium so the next best option is to have a mine cart level across an electrified floor of death with some bad platforming. Gambit wasn't around when the story was created so he's just going to be chased by a giant ball of death. Looking back at that, it seems like they tooled what should have been Cyclops concept of being crushed in with Gambit.

Storm is the only character that has any real connection with her comic book counterparts woes. Originally, she was supposed to be stuck in a dark room with water constantly filling. Claustrophobia being a demon Storm has always faced, turns this in to a truly horrifying death trap. So obviously, in video game form she gets a water level that could set the benchmark for bad water levels. In a bit of smart planning, that I'm sure wasn't intentional, the fact that storm can't shoot lightning up pretty much mirrors a response to Arcade's plan in the book. She originally had mirrored walls in her cell so that any electricity would shoot back at her in the water. Storm would be stuck powerless in her cell. That is showcased by the fact that she can't blast her way up and out.

I probably read too much in that last one.

All through out this game are indicators of bad video game design that is oddly specific to each character's situation. It is one of the more unique ideas of the crossover genre. Creating a game where you assume the different perspectives of unique characters with a connected plot is not something typical of single player super hero games. Usually, you are stuck with one person through the story or a choice of teammates pushing through together. Genre's like this don't normally present a situation where 5 characters all have to tackle their own problems their own ways.

It's a unique idea that is wasted unfortunately on a game of this quality. If there is anything really to take from Arcade's Revenge, its that even simple story ideas can evolve in to fun ones but only if the developers put the attention in to it.

At least the music provided by Tim and Geoff Follin is entertaining. 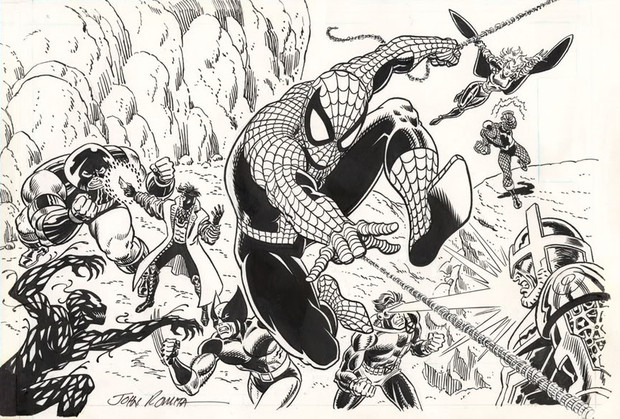 Next: Marvel Super Heroes: War of the Gems