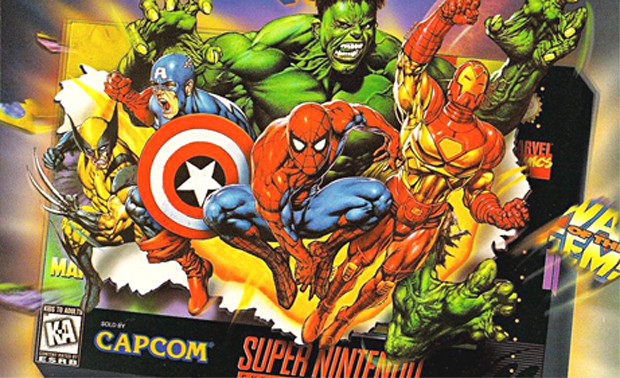 With Capcom's deal with Marvel, we start to see developers pushing the epic style crossover events into gaming. Major events will take place that will change the genre of gaming and improve the bond between the two entertainment mediums.

Capcom has always had some magic with their licensed properties. Disney and Marvel benefited with truly exceptional games that are hard to match even today. War of the Gems sadly is not one of those games.

It's really odd too as the spiritual predecessor X-men: Mutant Apocalypse, is a decent game. Not exceptional, but it does have charm. War of the Gems however simply plays and looks inferior. Capcom rarely fails at projects like this. Just slap on some new paint, change the platforming and gameplay up a bit and gamers generally have something that they can enjoy. Even with the sprites ripped directly from the arcade predecessor Marvel Super Heroes, this game falls flat. 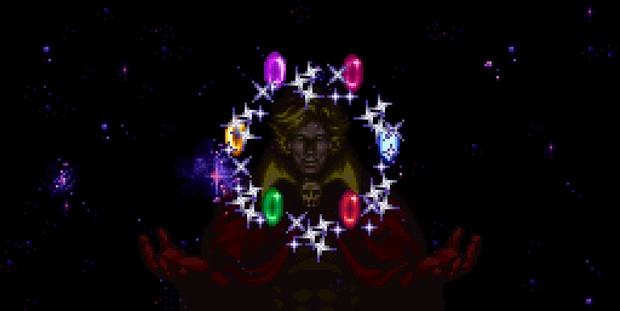 War of the Gems focuses on the Infinity Gauntlet mini-series and a few of the "Infinity" related follow ups. Simply put, these stories were an excuse to get the Marvel super heroes teaming up and running off to exotic locations chasing jewels. It was all that was needed to become a successful chapter in the Marvel universe and is almost directly tied to the strength of characters like Thanos. The plot thread would eventually be revisited in numerous encounters and came to a head in the Infinity War storyline in the early 1990s.

The idea is that a group of six gems contains extraordinary powers over space and time which many in the universe hope to obtain. Thanos is the star of this series and was clearly modeled after DC's Darkseid. Marvel then gave him a unique enough twist that differentiated him from their competitor's villain. Unlike Darkseid, Thanos isn't trying to rule all as a tyrant. His task is trying to destroy everything in an attempt to court his beloved death. This reason alone led to the destruction of a good portion of the Eternal's homeworld, Titan. A world Thanos once called home. So, instead of gaining the power to become a god, he uses it to worships one. It is a desire that pushes him after the Cosmic Cube first and then the Infinity Gems. Adam Warlock, owning one of the gems, is in the way of Thanos's quest.

During the subsequent Infinity War, the Magus (who runs the Universal Church of Truth and is an evil future counterpart of Adam Warlock), is trying to manipulate the heroes to build the Infinity Gauntlet to house the gems so he can bend the universe to his will. This erupts in a battle between Adam Warlock and his gauntlet wearing doppelganger as the heroes are trapped to witness this final duel. In the end, Adam had to use some foresight to replace the Reality Gem with a fake and the battle was eventually won.

War of the Gems follows the path put together by Infinity Gauntlet and its sequel Infinity War, but takes it in a few different ways. Adam Warlock, who draws strong parallels to the Messiah, guides our heroes to locations all around the Earth. Each level is different in their initial designs which is welcome. Though, this sadly also forces our heroes to go through a water level that Capcom unfortunately couldn't work in the same fun way as Mega Man 2.

These pit stops will bring you through Earth's mightiest foes as a means of tackling Thanos. Strictly speaking, it mixes the order of things from the comic continuity as the Magus's attempts take place well after Thanos tried his hand for the gauntlet. The reason this came about in the game like this is simply because Thanos is a much cooler boss than the Magus. Especially when Magus doesn't have his sweet afro. Also standing in the way of your characters are the deviant doppelgangers of some of Earth's most recognized heroes like Puck, Sasquatch and the Vision. 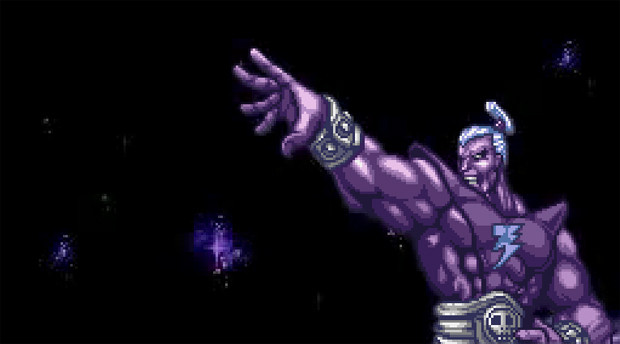 This story plays out pretty well as you go from these unique areas trying to collect the all powerful gems. The dopplegangers, add some personality to the usual generic unnamed assailants and acts as an army born from the deviant genes that separated Thanos from the rest of those living on Titan.

Adam Warlock, the former wielder of the Soul Gem, does nothing but guide our heroes towards their destination as Thanos sends throngs of deviants at them while waiting for his gems to come to him. In comic lore, it was the Magus who originally crafted the dopplegangers. Once again, he's not nearly as cool as Thanos so he gets relegated to just being some guy on a space ship collecting the gems.

Since Adam Warlock's story is so entrenched with religious undertones, one can easily push these allegories on to this story. The Nebula was a normal person perverted into a loyal machine for Thanos's evil will. She represents how easy it is to convert humanity. Adam is akin to a god sending the heroes out to stop his evil act. The Magus represents the church and the drive to control these sacred objects for his own goal. Thanos wishes to bring about the end of the universe as he brings these objects together against us. Marvel's heroes represent the good of humanity that stands up against these evil beings. I'm sure this is reading too deep for a simple platformer. War of the Gems exposition actually unfolds in a fairly simple evil trying to rule the world fashion.

As for what the story does, it dissolves the crossover into a group of hero's drawn to battle separately as they only briefly come together before you set them off to their next destination. A single player that allows you the option of who you want to play through as isn't the ideal situation for a crossover, but the familiarity of the enemies does represent the event well. That crossover appeal is still strong however, it was better represented in the arcade release of Marvel Super Heroes.

Capcom decided to use the same system they created their fighting games on and this just doesn't seem to work in the way that it should. Character sprites and backgrounds are reused and it creates a system that fails to add the fluidity that games like Mega Man and Ghost n' Goblins excel at. This is mainly because the characters are larger than any other typical platformer giving them less room to maneuver on screen and giving enemies greater range in attack. Sizing issues makes up for most of the characters problems in reaction speed as there is simply less room to maneuver when multiple assailants or obstacles surround you. Platforming gets the biggest issues as enemies and obstacles always tend to appear right out of screen.

They did throw some of their original ideas into this as well. Duck Tales gave us this idea of traveling the different areas of a map to get to the next location. A gem system should have acted smartly as a way to upgrade the characters that were paired with an item system. Well, at least in theory. Items are plentiful, which is nice, but some aren't useful until a prerequisite is filled. Instead, they are often stored for you. Not much help in the beginning of the game.

Collecting the gems does the same thing and unfortunately the levels aren't balanced for the characters. Spider-man is clearly favored in the beginning as he's the only one that has speed, power and platforming skills. For the other characters, they need to use the the Infinity Gems to overcome this shortfall. The Hulk sadly is worthless without the speed that the Time Gem brings to the table.

With the lack of speed and utterly terrible sprite they created, you can tell that the Hulk was an afterthought to give gamers the same number of characters that were used in X-men Mutant Apocalypse. Actually, most things in this game could be considered an afterthought. Capcom was clearly aiming towards the arcade market around this time and the consoles were suffering for it.

Marvel Super Heroes War of the Gems just never utilized any of the good ideas that went into it. Recycled levels and sprites led to uninspired platforming and uneven gameplay. The crossover event has the history and plot to back it up, but the gameplay stops it in its tracks. It's truly sad that they couldn't make a better game with all of the things they had at their disposal. 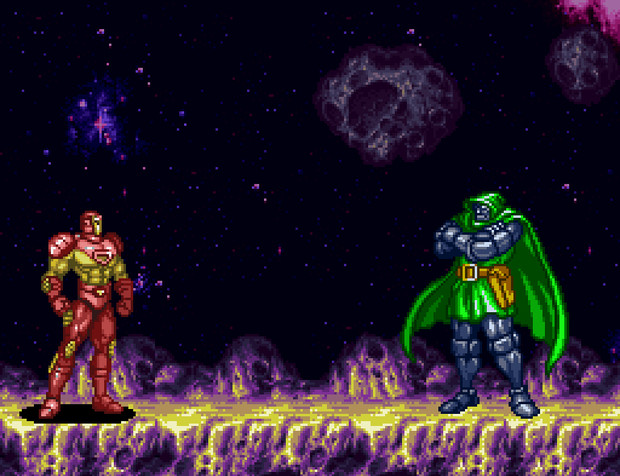 Next: Iron Man and X-O Manowar in Heavy Metal